“Where Do You Get Your Ideas?” 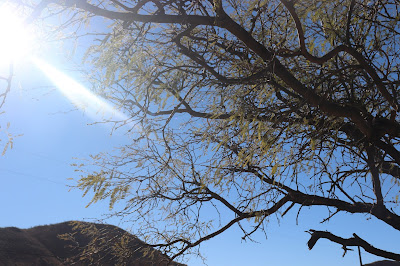 It’s a question that can freeze the heart of a creative person, but specific questions can get worse. To the writer of a novel about a dysfunctional family: “Were your parents really that crazy?” To the painter of landscapes that blend reality and dream: “Where were you standing when you painted that?” (Or, “Is that painted from a photograph?”) I’m sure sculptors and poets and clothing designers could easily give the typical question that they are asked over and over, but I’m also sure that all creative people must be asked the general question, “Where do you get your ideas?”

Whether an answer is given graciously or irritably or not at all – whether the artist questioned knows where his or her ideas come from or not! – will vary. As a sometime writer of occasional poetry (almost all unpublished), fiction (all unpublished), and nonfiction (some traditionally published, much self-published here), I can only say that for me ideas come, unbidden, in strange, wondrous, and puzzling forms. A stranger glimpsed one day may be a character in my mind when I wake the next morning, or an unforgettable image germinates after weeks or years as the core of a situation. Sometimes the seed is neither character nor image but simply a phrase that won’t leave my thoughts. Jot it down on a paper napkin and carry it around, and maybe it will generate further phrases – and maybe it won’t;

I do not give myself as an example because I am some kind of great writer to be worshipped and studied! It’s just that my own process is the only one I know intimately. Other writers have told their stories in their own books and interviews, but probably none of them can tell the whole story, any more than I can. There is a lot of mystery to it.

What turns an idea into a work is the more important question and much easier to answer. As a writer, you sit your butt down in a chair and see where sentences on paper or a screen take you. A painter or sculptor or dress designer gets to work with her or his given tools. Work never gets dreamed into being. That’s why it’s called work. It has to be done.

Other kinds of ideas and beliefs motivate life choices we make every day. We are not cameras or digital recorders making copies of the world beyond our own skins. Our senses do not simply send copies to our brains to be filed. All our prior personal experience, however limited (and there is no one on earth whose experience is unlimited), comes into play, interpreting what we see and hear and read. I remember sitting in the same room years ago with my then-brother-in-law as we watched a political debate, televised live. Same screen, same faces, same words presented to us both. I actually felt sorry for one of the debaters, who seemed to my mind to make a pitiful showing, but at the end my brother-in-law turned to me and said, “Well, he [the one I felt sorry for] really came out on top, didn’t he?” It was as if we had been in two different rooms, watching two completely different events.

Even on-the-scene eyewitnesses can “see” what isn’t there or miss what is, as many experiments have shown. We see for the most part what we expect to see. We also see what we look for. That’s the bad news. The good news is that we can become aware of our prejudices – pre-judgments – and work to develop more accurate perceptions.

Originally I thought that this post on creative work and perception/misperception involved a leap from one idea (creating) to another (perceiving), but I see now – and there is an example of what we can learn for and from ourselves when we start working, which in this case for me is writing – that both come from the same place: being open to the world. Being open to seeing something new.

Today is Inauguration Day, and while I would like to feel celebratory, my feelings can better be described as a mix of anxiety and weariness. Don’t get me wrong: I voted for Biden and Harris and am grateful for a change of course in Washington, D.C. My anxiety comes from the events of January 6, my weariness from conversations with those who see a different America from the one I see. --Which leads me to the questions I was asking people yesterday, questions that I hoped would give me some clarity on their perceptions and opinions (so different from my own), questions that gave me the idea for today’s topic on Books in Northport. The questions did kickstart this blog post, but I gained no clarity on views held by those who disagree with me.

Where do you get your news? Over and over for months I have been hearing and reading jeers of “Fake news!” Some monolith identified as “mainstream media” is accused of spreading lies. What I have tried to ask in the past two days is, What news sources do you distrust, and, more to the point, what sources do you trust? Because the people who disagree with me – so vehemently! – are getting their beliefs in reality from somewhere, and if I knew where, if I could look in that direction, maybe it would help me understand why our perspectives are so completely far apart that even a Venn diagram of them hardly yields common ground. But there must be some common ground, and we sure as hell need to find it if we’re going to reunite this country!

Here is one important truth I have managed to uncover recently. It is that across the divide we opponents have many shared values. We don’t share all values, by a long shot, but we share many of the most basic, and that is not trivial. We disagree in many places on translating values into action. Well, ‘twas ever thus, and that’s what makes politics. The much, much larger and deeper and more intransigeant problem is that we disagree on facts, on truth.

And that brings me back to my question: Where do you get your news? What sources do you trust?

I wish I could report that I received even one concrete answer to that question, but I did not. I was told from more than one person that s/he relied on multiple unnamed sources. “Then I turn it off.” (What do you turn off?) Or, “Honestly, I don’t know what to believe.” Yet the people who "don't know what to believe" have beliefs. Where do they come from?

Over seventy percent of Republicans still believe that Donald Trump won the 2020 election! Where did this come from, and why do they believe it?

County clerks around the country, many of them Republicans, scrupulously distributed ballots and counted votes. State governors, both Democrat and Republican, certified election results from their states. There were recounts. Courts upheld the results and dismissed lawsuits claiming fraud as baseless. “Mainstream media” did not invent these results. The election results come from all across grassroots America.

“People have concerns about the legitimacy of the election,” we have heard over and over. Yet all of those concerns, wherever they have been voiced, wherever they have been reported, can be traced to one source, one man: the outgoing president. What must be so painful and difficult for his supporters to acknowledge is that the person to whom they gave their vote and pledged their faith is lying to them. The “concerns” about election fraud come from the same man who started the rumor that Barack Obama was not born in the United States, the man who flogged that falsehood for months and then, finally, after making as much political hay from it as possible, took credit for revealing it as falsehood, as if that made him some kind of saint.

I went to my township office and picked up my absentee ballot in person from the township clerk and delivered it back in person. She is someone whose integrity I trust. For me, it really comes down to that. Nor rumors or conspiracies or “alternate facts” or one corporate news source over another but trust.

I can understand feeling disappointed in election results. (I have felt that more than once in my life.) What I cannot understand is taking the word of a compulsive serial liar and his enablers over people whose business is truth. And while I can forgive the misled, I find it hard to forgive the misleaders, who have taken cruel advantage of many good hearts and set brother against brother, neighbor against neighbor, parent against child, for nothing but an illusion.

Postscript 1/21/2021: So many dates long awaited have come and gone without banishing my nightmares, but last night at last I slept well and awakened today calm and hopeful. We listened to the inauguration on the radio, and I found it dignified, sincere, meaningful, and moving. There will be so much work yet to do -- and so many Americans yet to convince that the sky has not fallen -- but I find my heart renewed for tasks ahead.

I haven't read this post yet, but wanted to tell you that another blogger that I read travels around the SW doing art fairs. She does fine art photography. She's in your area now and I thought you'd like to see her photos. Here's her URL: https://talesfromthebackroad.com/catching-up-with-arizona/ Her name is Mary. I think she may have been hiking very near where you hike.

I have hope too. But it will be hard. Where do I get MY news? NBC, CBS, ABC, CNN, NPR. All of those have said pretty much the same thing. The election was not rigged. Trump lost. Trump tried to sway officials. Trump lied. So that is what I believe, because it came from multiple sources.

Dawn, that photographer-blogger's work is fabulous! Gilbert and Carefree, which she mentions, are up in the Phoenix area, but Cochise Stronghold is right across the playa from us, here in Cochise County. I wonder where they are staying. Friends of another Michigan friend are going to be here in Cochise County the first week in February, and since they are avid birders, I'm guessing they may be staying in Portal. But they have already seen the elusive elegant trogon up in Green Valley. That is the holy grail of SE Arizona birders.

We listen to NPR every day, and I look at all the sites you mention online, plus NY Times, BBC, Reuters, and, yes, Fox. It is interesting to see not only what is covered but what is not covered. And when an event cannot be ignored, HOW it gets covered can be monumentally different from one news source to the next. Someone else who questions opponents about their own sources says they often tell him, "Do your own research," which I guess means anyone can hunt down conspiracy theories. To me it's important that not only the news media says Biden won the election but the election officials, state governors, and courts where lawsuits were filed. But there is massive and serious denial that runs horribly deep. Such damage! Yes, it is going to be very, very hard to get past the lies, as no one wants to admit, even to themselves, that they were duped,