Can You Help Staci, Too? 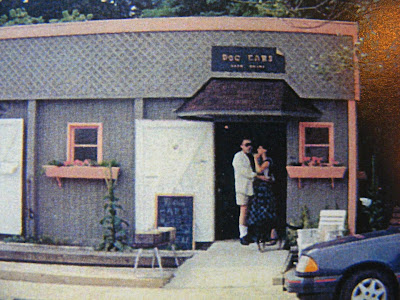 Moving a bookstore is very hard work. Dog Ears Books has been in its present location for over a decade now, but I still remember every move we ever made – from Waukazoo Street in Northport (photo above) to Union Street in Traverse City; from Traverse City back to Northport; from the corner of Mill and Nagonaba to the building next door on Nagonaba (you wouldn’t think moving to a neighboring building would be so much work, but it is); and finally from Nagonaba back to Waukazoo Street. Lots of volunteers stepped in for that last move, and I don’t think David and I could have done it without them. We wouldn’t have had the courage.

Last week I shared a story on Facebook from my daily Shelf Awareness newsletter about booksellers whose move resulted in tragedy. Jim and Staci Stuart bought the former Books and More from Dorothy Dickerson in April of this year and closed for renovations, planning to re-open as Books and Brew on May 1. (That’s in Albion, Michigan, just down the pike a way.) Two days before their opening, they were moving a bookcase – and it fell on Staci, as a result now paralyzed from the waist down.

To make matters worse, because Jim had changed jobs there was a two-day lapse in their health insurance, so most of Staci’s hospital bills, totaling $177,000, are not covered by insurance.

I’ve said before that having a dream (such as owning a bookstore) is a lot easier than making that dream come true and keeping it alive, but I cannot even begin to imagine what Staci Stuart is going through, now in a wheelchair, getting ready to open her bookstore on the 4th of July after she completes rehab and returns home this Wednesday, June 21st.

There’s no trust fund or retirement pension behind my own bookstore’s year-to-year continued existence, but I have to send a check to this bookseller in Albion, facing challenges far greater than my own. It’s little enough and all I can manage from this distance. If you can help out, too, follow this link to see how to do it.

Staci, an independent bookseller is never alone. We are colleagues in a mutually supportive community. It's just one more aspect of this life that makes the dream worthwhile. 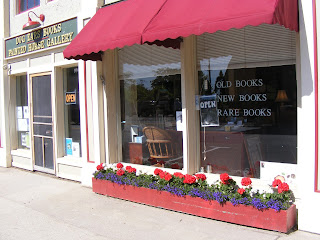 Tragic!! Is there an address to send checks to?