Mountains ... and the Light on Them

It’s hard to look away from mountains. Moment by moment the sun’s movement transforms them, imperceptibly but constantly changing their color and shading and the amount of detail visible to the human eye. When we are in the car, driving, with our own movement added to that of the sun, the changes come faster, and the mountains seem to move and shift position, coming at us first from one direction and then from another, as David always says of the Manitou Islands back home in Leelanau County, Michigan, and as young Marcel noted of the steeple of the church in Combray as the train bringing his family from Paris approached his grandparents’ village by its circuitous route, and as my friend Helen said of the little town of Jerome, Arizona, as we approached or drew more distant from it on the highway. 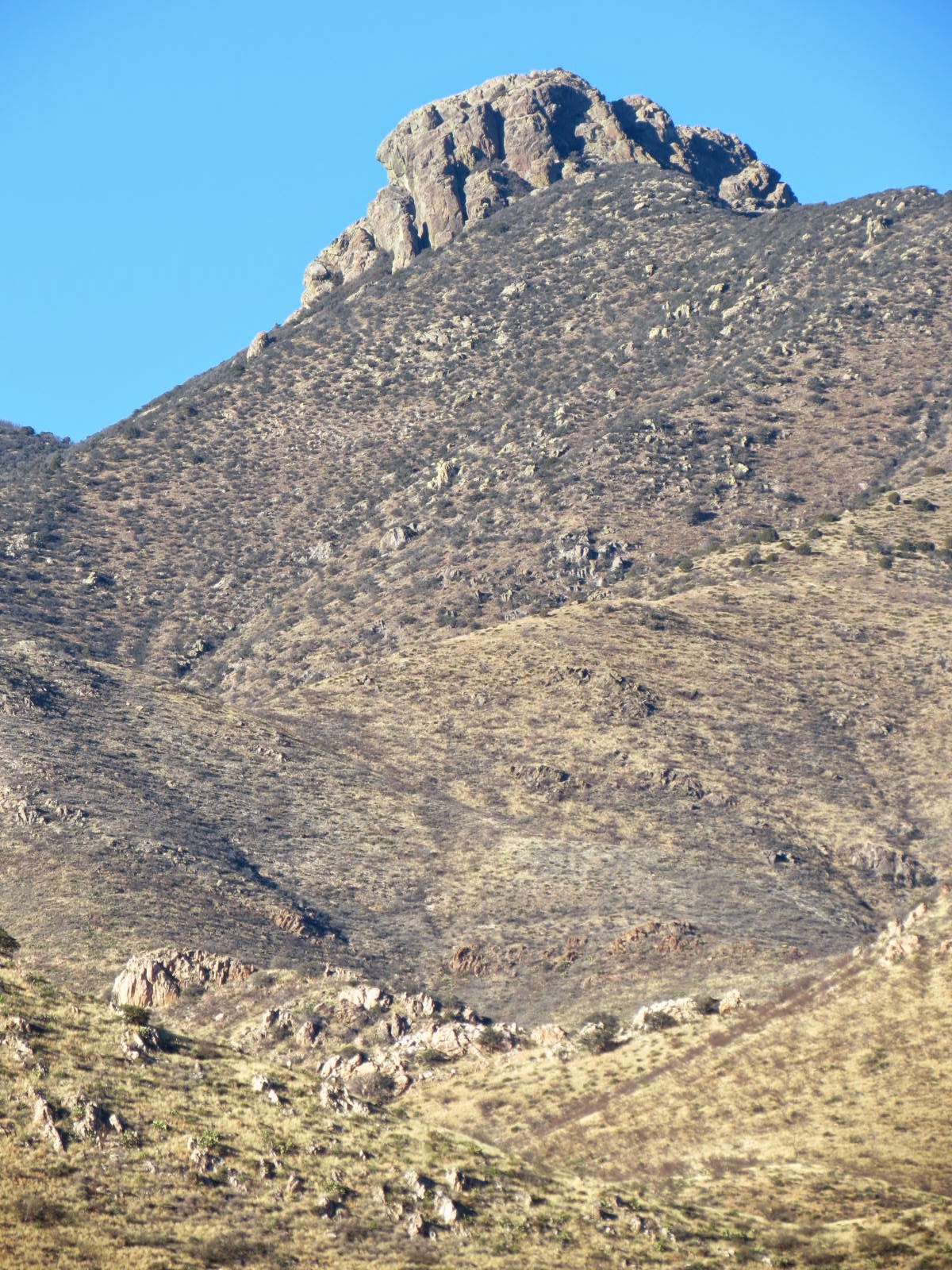 Yet, despite constant changes, mountains are such an ever-present reality they seem to partake of the eternal. Even at night, under a dark sky lit only by stars, one is aware that the mountains are nearby, and one trusts that they will remain at an appropriate distance and not suddenly take it in mind to fall upon the house. In the first pale light of morning, there they are, dark and massive and unmoving; however, we know that eternal though they seem, we know they were not always as they are now. Millions of years ago, some were active volcanoes, while others are old earth crust, higher than the valleys and playas owing to an age-old tearing-apart of the cooling land.

At least, I think that’s right, but we need to learn the geology of this foreign land – that is, this land where we are the aliens – as well as its plant and bird life. Outside Las Cruces, New Mexico, with Sarah on her morning promenade, I could not give a name to a single plant I saw. A couple of doves were a great relief: something familiar! Was that only two days ago?

This morning, Monday, January 19, Martin Luther King, Jr. Day, I was up with the first pale light, impatient for day. Two cups of coffee and a little reading at the kitchen table. Then at 7:30 a.m. the sun broke over the top of a dip in the mountains to the southeast. To the north and northwest, the sky at the horizon and in the dip where Venus appeared in the evening was banded in rose, lavender, and deep blue, but in less than ten minutes, the whole cloudless sky in every direction is bright daylight. Morning light comes on fast, as does darkness at the end of the day. The sky is nearly always cloudless. What will rain be like when it comes, water rushing down the wash?

Doves are calling, and across the road and down a way, a rooster crows.

On another desert walk with Sarah on Sunday, I saw a dead scorpion. Going back with a dustpan – it would be an interesting subject for a drawing – I failed to find it again (and yes, I’m sure it was dead) but did find something utterly unexpected which I’ll call “desert glass.” You know what we call “beach glass” in Michigan? Those pieces that have been tumbled by waves on the sand for so long that they have been worn smooth and cloudy and look like translucent quartz? Here in the desert, without wave action 24 hours a day, rain only rarely rushing through the washes and draws, clearly it will take much longer to smooth and roughen these bits of colored glass I found, but the process has begun, and once I started picking up bits it was hard to stop. 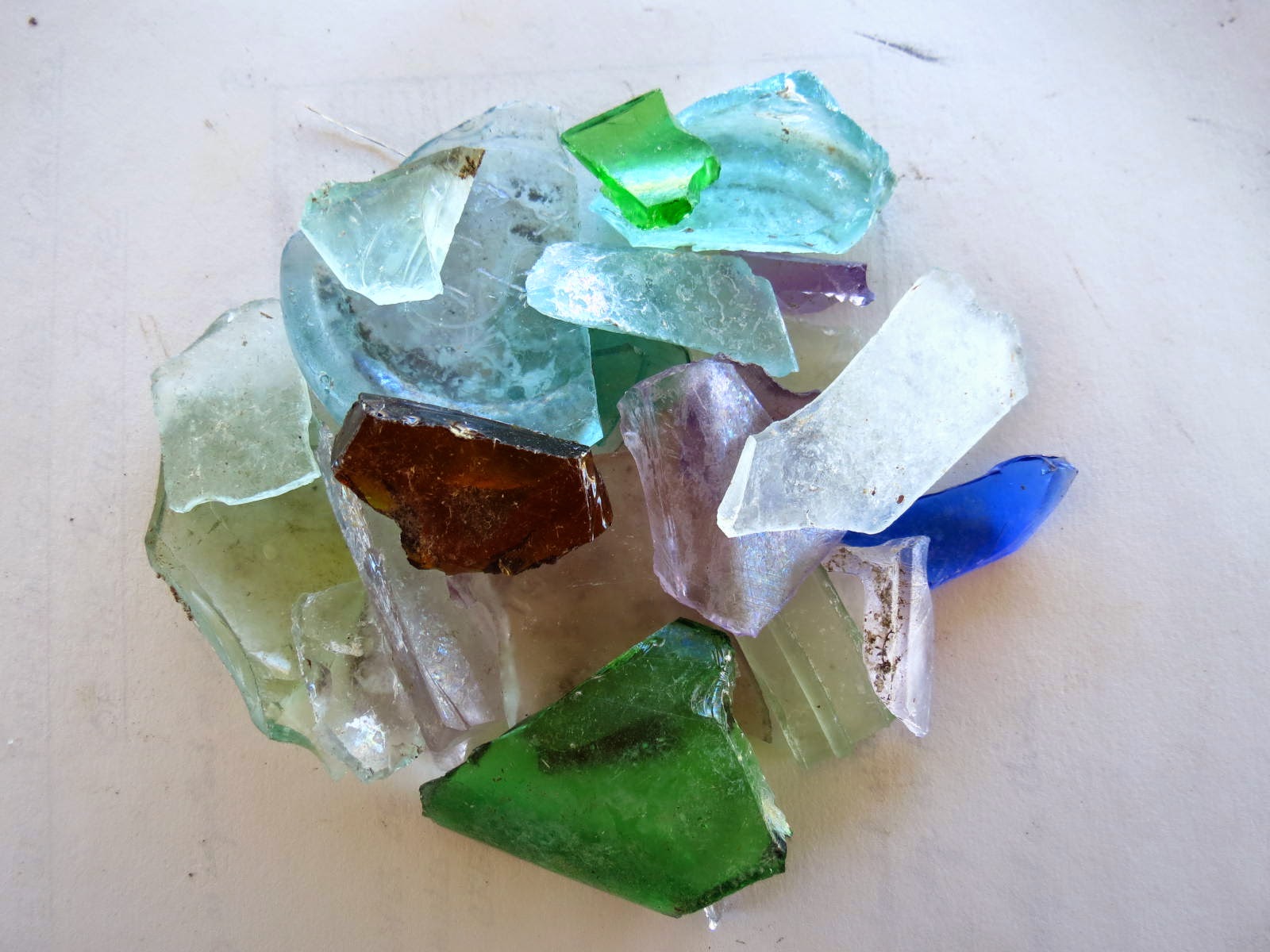 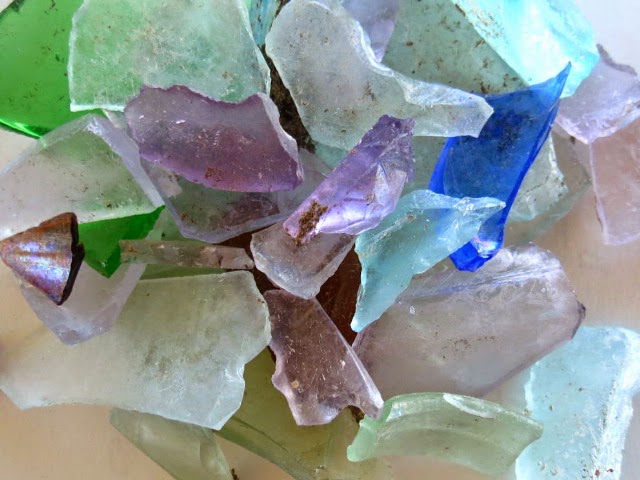 At night we continue with our audio “reading” of A Cook’s Tour, and after we listen our way through a few more countries (a bit disorienting the way Bourdain hops from one to another, in no particular order, and very little in the way of segue between one and the next), I turn on my bedside lamp and go on with Gene Stratton-Porter’s Girl of the Limberlost. Strange reading that, too – fields and woods and swamps! Very far from the landscape presently outside our doors!

None yet, except for lists, letters, and this blog post I’ll get online Tuesday, when the library re-opens after the holiday. It will take time for us to settle into a routine. We need to get to the post office, the library, the laundromat. We are hoping and praying the refrigerator and freezer come up to speed. But already I am happy with our winter base in the high desert. I like the quiet of it, the harsh simplicity, the relentless sun, and the peaceful absence of so much of the modern world’s chatter. 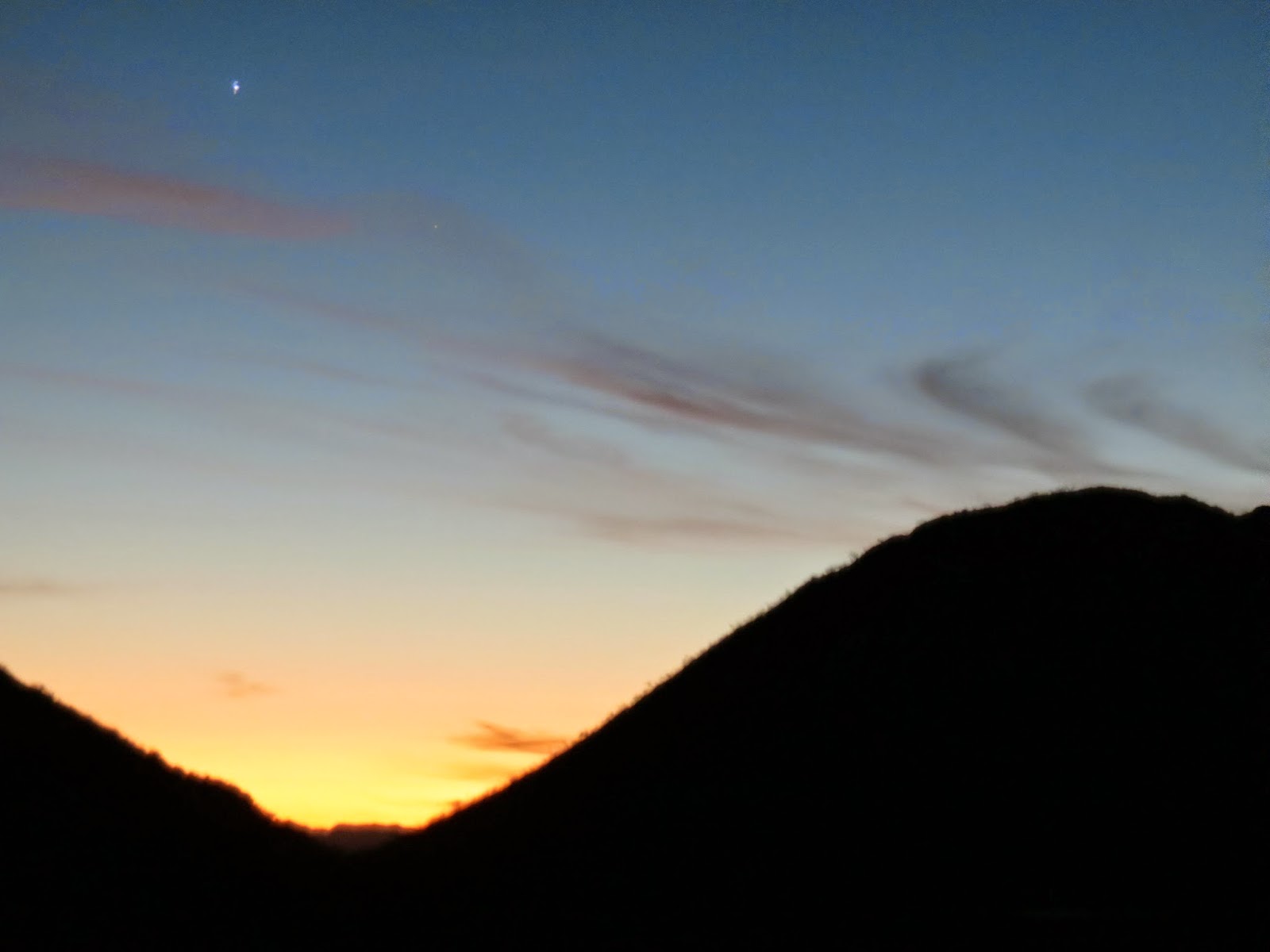 Pamela,
This is a lovely piece. I, too, appreciate the austerity of the desert and the grandeur of the mountains and you captured both so well.

Let's see if this works. Pamela, this format seems simple, to read your daily thoughts. So nice to know you have arrived, and --having seen aforehand your environs---I love picturing you and David and Sarah there. Quite exotic, actually. Love your musings. thanks---Kathie

Second try. Not adept. I think this format makes it easy to ready your blog. To comment, we will see. Love your postings, and very happy to know you're there, with visions of you and David and Sarah moving around the environs I saw photos of earlier. Thanks--K

Third try. This is difficult for me, the cyber-klutz. Reading your blog is user-friendly so that part is good Am fixed on trying to facilitate this. Love your musings, and I'm so pleased that I saw your photos earlier, so I can picture you there. Let's see if this goes. xoxo K

So glad you're serene. A beautiful post. And....who painted the "painted ranch" at the top of your post?

Love the painted ranch, and that you found the glass and especially love that last shot. Am so glad you have a good place to land. Can't wait to see and hear about more!

So wonderful to read of your new environment and how you're settling... And of Sarah! Carry on..

Is Painted Ranch a painting of David's?

The colored glass is so beautiful. I want some.

What are you traveling in?

I have to type again??

#1 Is Painted Ranch a painting of David's?

#2 I want some colored glass and

#3 What are you traveling in?

Your friend in Atlanta needs answers (and glass)

Kathie, you did better than you thought with leaving comments: they all "stuck"! It takes a little longer than you think it's going to before you get a message saying that your comment was received and will appear after moderation. Today I am at the library so was able to moderate, i.e., read all comments left and hit "publish" on all of them. (No spam! Great!)

The "painted ranch" was a photograph I took and ran through Photoshop. As a photo it wasn't much, but I liked it enough to try some different effects on it.

Melanie, we are driving the little 4-door Toyota. Can you believe it? Not the camper
van, after all that planning!

I'm picking up more glass but have to admit that most of it isn't as worn as I'd like. Whether or not I can bring some home depends on the Autocrat of the Vehicle, who makes all final decisions on what will "fit" in our limited space. Unless I rebel and insist on some small item being tucked in somewhere. So, we'll see!

Good to hear from all of you!!!