One of my bookstore customers from the Lansing area told me that crops downstate are fried brown by the long drought. We haven’t had enough rain Up North, either, but my far-from-expert eye tells me we’re not in totally dire straights. There won’t be as much hay as usual this year, but hayfields are green, and this alfalfa (below) looks decent, doesn't it? 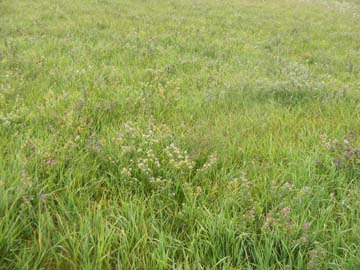 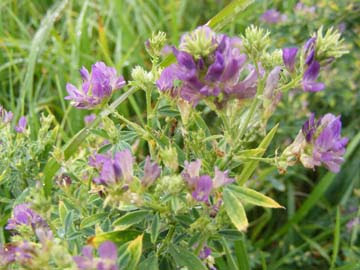 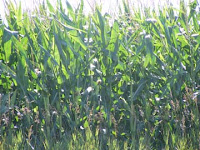 Field corn is tall and green, and stalks have ears. It is good-looking corn!

Small grain crops and their straw are already being harvested in some parts of the township. 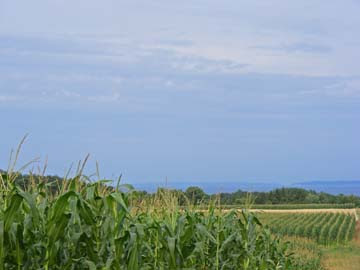 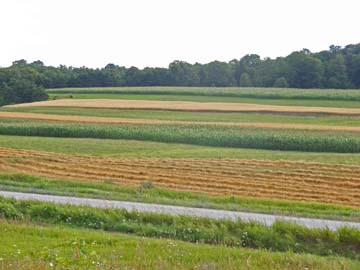 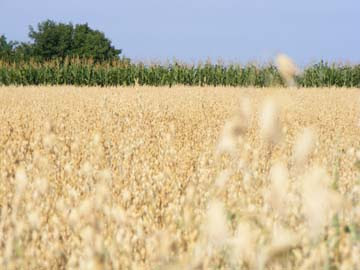 Stone fruit crops (cherries, peaches, apricots, plums) were hard hit in spring by too much heat too soon, followed by damaging snow and freezing temperatures, but at least some of the apple varieties are bearing fruit, and this week’s Leelanau Enterprise gave us all a reality check, in the form of news items from the past. Ten years ago the county cherry crop was disastrously bad, and it wasn’t all that good 115 years ago, either.

July 25, 2002: ...John Henry Schlueter has 100 acres of tarts and another 10 acres of sweets, but is not harvesting either this year. ... "This year I'd be lucky to get enough for three cherry pies," he said.
July 22, 1897: "While in Northport supervisor Garthe informed us that the fruit crop around there would be a small one this season."

I finally got outside again to sit quietly, too.

I was out in farm country on Sunday morning looking for a photo of 'the edge of the earth' for Karma's photo challenge...and the crops didn't look too bad....I was between Flint and Lansing. Corn like you describe, soybeans looking pretty green...we shall see.

You have lots of soybeans down there (so pretty in the fall when the leaves turn yellow). I wonder how the beans are in the pods. I see the ears on the field corn but of course don't see how the corn itself is shaping up inside the green wrappings. Have been seeing a lot of raccoon tracks in the dusty road that tell me there's indeed corn.

We had thunder this morning about 4 and heavy rain for about 20 min.