Ask Me About the West Michigan Pike 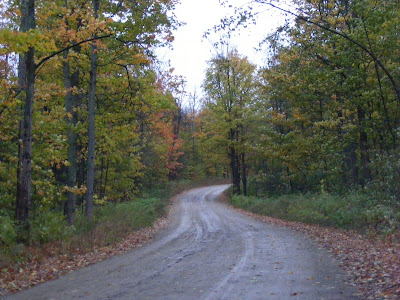 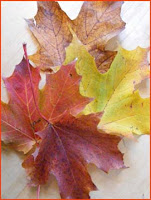 We’ve got a lot of fall color left here Up North and a sunny Saturday forecast for tomorrow. It’s amazing there are leaves left on the trees at all, after several days of high winds, but leaves there are—red, yellow, brown, toast- and plum-colored and, yes, even green still--telling us that fall is not over by a long shot.

Speaking of shots, my leading photo image above was taken on one of my favorite back roads near home. Life in the slow lane is my chosen life, but what if all roads up from Illinois, Indiana, Ohio and downstate Michigan were nothing but “serpentine sand trails through barren wilderness, rutted dirt pathways and thin gravel-covered roads”? Try to imagine that, and then imagine the improvement in travel meant by the advent of a good gravel road from Chicago to the Straits!

A new book by M. Chrstine Byron and Thomas R. Wilson is a kind of scrapbook of those early days along Lake Michigan’s eastern shore, back when vacationing in a car was a new thing. The new way of travel was called motor touring, and it began before the advent of numbered highways or even what we think of as highways at all, so when the good road was built between Chicago and the Straits of Mackinac (there would be no bridge for several more decades), motorists had cause for celebration. Ernest Hemingway wrote from Horton Bay to his pals back in Evanston that they could expect to make the trip on the new good road in “less than three days”!

Imagine what an adventure it would have been to start out from Chicago and drive north along the shore of Lake Michigan in 1922! How many times would the driver expect to stop for a flat tire, do you suppose? In those days that meant taking the tire off the rim, patching it and remounting it, but the new road was probably easier on tires than the old rocky, sandy trails had been, and gas stations and repair garages quickly sprang up along its length. The subtitle, after all, of Vintage Views Along the West Michigan Pike, M. Christine Byron and Thomas R Wilson (a.k.a. Christine and Tom) is From Sand Trails to U.S. 31. Big difference!

The book shows familiar Lake Michigan resort towns in earlier days when Northport, I note, touted itself as “the niftiest town on the pike” and the “Friendly Town on the northeast tip.” A friend of mine from Spring Lake found one of the old concrete mileposts in a farmer’s field. All the illustrations from this Vintage Views book (one of Byron and Wilson’s earlier books was Vintage Views of Leelanau County) are taken from period postcards, travel posters and advertising circulars, each page inviting close scrutiny and lingering enjoyment. The vision behind the West Michigan Pike Association, all but forgotten, is made vivid and fascinating by Byron and Wilson’s newest work.
Posted by P. J. Grath at 9:24 AM

Well that was fun to read, including the link to the 2010 post about Dixie Highway. (How did I miss . . . ??) When I get done with the main project I think I might spend a long time reading about roads and water routes and railroads.

If you had fun with this puny post, you'll have about 500 times more fun with the actual book, Gerry.

Indeed! I'm thinking of a spring drive down through Pentwater, South Haven, etc., and on to visit relatives in Illinois.

Too few highways have names any more. Most with names now seem to be named after government road bureaucrats or labor leaders.

How many remember "Memorial Highway" even? I still see it on some addresses, for US 31 South, south of Traverse City, but few use it the name ever.

Names do seem to have more character than numbers. But then, I'm not a mathematician!