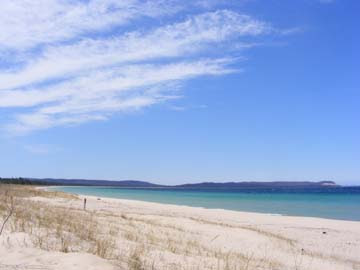 I realized later that my book discussion post the other day completely omitted mention of one important character in the book I’d discussed. Another day’s reflection brought me to the realization of exactly how foreign Hawthorne’s notion of a dramatic story is to 21st-century expectations.

We have as yet hardly spoken of the infant, that little creature, whose innocent life had sprung, by the inscrutable decree of Providence, a lovely and immortal flower, out of the rank luxuriance of a guilty passion.
- Nathaniel Hawthorne, The Scarlet Letter

Little Pearl! Born in Salem Prison, where her mother was incarcerated for adultery, she was, Hawthorne tells us, the scarlet letter made flesh, and so her parents saw her.

In her was visible the tie that united them. She had been offered to the world, these seven years past, as the living hieroglyphic, in which was revealed the secret they so darkly sought to hide—all written in this symbol—all plainly manifest—had there been a prophet or magician skilled to read the character of the flame! And Pearl was the oneness of their being. Be the foregone evil what it might, how could they doubt that their earthly lives and future destinies were conjoined, when they beheld at once the material union, and the spiritual idea, in whom they met, and were to dwell immortally together?

But here’s the thing: Hawthorne does not begin his novel with a happy married couple and a single minister. He does not show us the minister wrestling with temptation or the wife falling into adultery. Neither is there a dramatic courtroom scene or anguished childbirth sequence. Innocence, temptation, fall from grace and public clamor for judgment against the fallen woman are all missing from the tale. We meet Hester Prynne only as she is emerging from prison with a baby in her arms, and there are no flashbacks to erotic couplings, either. Why? Because Hawthorne’s audience would not have stood for the full story? Because a novel begun earlier in the characters’ history would have been banned? (It might well have been.) Or was the book primarily shaped, regardless of the mores of its time, by the author's own artistic vision? I believe Hawthorne knew very well what he was doing and where his story lay.

American cinema’s preoccupation with sex notwithstanding, how different is one adulterous affair from another, after all? The urgings of passion are hardly unique, regardless of the individuals involved, their culture or their time in history. What Hawthorne saw was that the real dramatic struggle came in the consequences of the act. His unlikely heroine, Hester, bears the truth on her breast for all to see--bears it doubly—both in the scarlet letter A and in her child. Hester rises to the challenge of the consequences she has brought upon herself; Dimmesdale and Chillingworth, on the other hand, hide their guilt and are destroyed by the deceptions they practice on the world.

The child is both a consequence of and a sufferer of the consequences of her parents’ unruly passion. Little Pearl herself is a strange child, almost a changeling, with her mother as her only companion, the two of them shunned by both adult and child society. Like Hester, Hawthorne himself seems to doubt at times whether wild little Pearl has entirely human feelings; in the end, however, he allows her a full and happy life, set free by her father’s eleventh-hour confession joined to her mother’s determined self-reliance. With a weaker mother or a stronger father, or if either parent had died earlier in the story (Hester in prison or Dimmesdale quietly at home), the consequences for Pearl would have been heavier, but this Hawthorne’s narrative sense of justice would not allow.

Yes, I have heard the news on the radio and know what is happening in the world of May 2011, as much as anyone dependent on news sources alone can be aware. But this is my little corner of the world--the waves on the beach of Good Harbor Bay, hepatica blooming along the side of Lake Michigan Road, and, always, books on my shelves. Thank you for visiting. Come again soon. 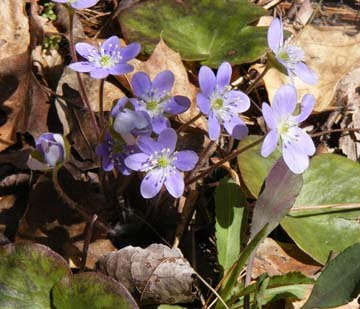