My Inscrutable and Sometimes Surprising Readers 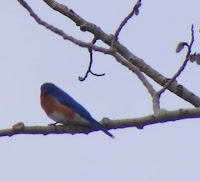 I can’t believe it. This is my 900th post on “Books in Northport” since beginning the blog in 2007. How the years have flown! I’ve stayed pretty true to my vague and amorphous initial vision, writing about books and dogs, reading and writing, lakes and seasons and gardens and woods. A friend in Australia has noticed politics creeping in more lately, but I usually connect political topics to my reading.

What to say on my 900th post? Who knows if I’ll last to 1,000? And assuming I do, who knows if I’ll note the milepost before it’s in my rearview mirror? (Milestones have a way of sneaking past me.) So now, while it's on my mind, I’m looking at my stats to see which have been the most popular posts, and since it often surprises me what pulls in readers, I'm going to share the top five with you, too.

Starting then with #5 on the list, we have “When Do You Call It Censorship?” from November 12, 2010. This post was expanded from an e-mail I wrote that was published in Shelf Awareness, which may explain its popularity. It's also the most philosophical of the top five posts, the basic topic one I've taught in ethics classes over the years.

Next one up, #4, is kind of a potluck, so it’s anyone’s guess why people were drawn to it. Were they doing a search for Grand Marais, or was the bait my mention of Mark Twain in the title? Gender? Garden seeds? Or was this scattershot approach itself the secret of this post's popularity?

The post coming in at #3 position in the popularity polls for 2010-2011 is one of my favorites, too: “It’s So Northport! It’s the DOG PARADE!” No need to ask for a reason here! I'm just surprised this topic didn't make #1.

Second prize goes to the second of three posts dealing with the novel The Help. The book itself is both popular and controversial, and a lot of people are probably still figuring out what to think of it. Still, this is the only post focused on a single book that got so much attention. Hmmm. I don't know what to think of that.

And now, the envelope, please! The “Books in Northport” post from 2010 that brought in the most visitors, another rant picked up by Shelf Awareness, coming in at the #1 position is—are you ready?--“I Am Not a Luddite”! Was this your favorite? (Were any of these your favorites?) You see, there's no accounting for the public taste.

Anyway, that’s my little story for the day. Not a big headline, and don’t ask me for the numbers, please. I would rather have you imagine them in the stratosphere. But if you missed any of these topics and want to know what all the shouting was about, just follow the links.

As for me, I’m going to go rest on my laurels for a while. No, not really. There’s too much work to do in the yard now that spring is here. 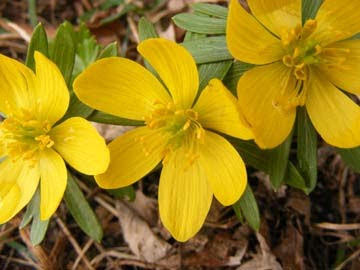 Congratulations! Mike Royko said of column-writing: "The first 1,000 are the hardest." You're almost there and then it will be so easy!

Thanks, Susan. If I stick to it, I should be able to crank out 100 more posts by Labor Day, eh? Some are faster and easier than others, too--as you know.

Not surprised that the combined Grand Marais, Mark Twain and seed catalogs would be a favorite. It's sort of like the editor's wry description of what cover would sell the most magazines: Abraham Lincoln's Doctor's Baby's Dog. Anyway, I loved it (I just went back and reread it and cannot imagine how I missed that first introduction to Van Loon's Lives but I made up for it later, eh?) The Dog Parade of course, and PJ the (not) Luddite and Censorship in a blog that attracts readers to begin with - they all make sense. Still, the very best one is always the next one you write with a full heart or an excited imagination, and the regulars will always come along for the ride. Happy 900!

Gerry, thank you. You are very kind. I'm glad I started blogging so we could get to know each other! How many posts have you published?

I remember the Dog Parade, and the posts on "The Help" and even the Luddite one...I enjoy them all, even when I don't take time to comment. And I want to buy one of the "walk around Lake Michigan" books...will go find your address if you give me a price so I can mail you a check. dawnkinster@gmail.com

Thanks, Dawn. The price is $17.97 (that includes sales tax), and I'll cover the media rate postage. But I'll send you an e-mail to make sure we're connecting on this.

How about an honorable mention to
http://booksinnorthport.blogspot.com/2010/07/we-are-still-kids-at-heart.html
My favorite :)

Oh, yes, the Barbie dolls and plastic horses! Thanks, Amy-Lynn! I think that was actually the favorite of a few other people, too.