Sarah's World and Ours 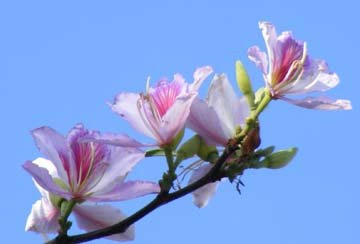 While David has been ducking in and out of the world of John Updike short stories and I inhabiting Charles Dickens’s Bleak House (a cheerier place than it sounds, especially as compared to Chancery), while we follow economic news and forecasts, what fills little Sarah’s doggie mind? When she goes to the window and whines in a certain way, we know that Weiser or Ida or both are outside, waiting for her. And when we drive to the dog park, she knows when we’re getting close, and her excitement fills the car. We think of the dog park as exercise and socializing for Sarah. To her it’s just life. As far as we can tell, she takes every day and every hour just as it comes. 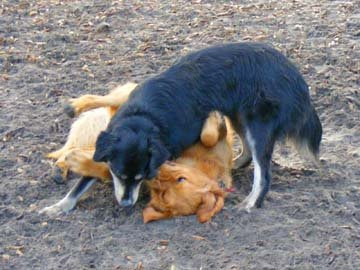 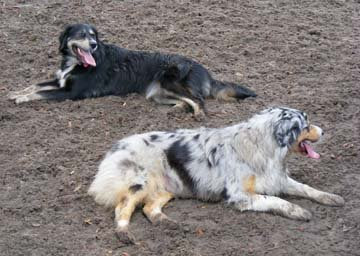 It’s doubtful that Sarah is yearning for Michigan, but when I took her outside last night and looked up at the sky over the Gulf of Mexico, clear after recent thunderstorm of the night before, to see Orion in the southwest, I was seeing it over our old Leelanau barn. Soon!

Meanwhile, I’m cramming in all the reading I can before we go back home where obligations of home, bookstore and community will fill the days. Jane Austen in Boca, by Paula Marantz Cohen, is a lark I heartily recommend. You don’t have to be Jewish or retired or living in Florida to enjoy it. Having read Austen’s Pride and Prejudice enriches the reading of Cohen’s book, but I’m sure it would be entertaining even without the literary background.

As for Dickens, we met one of his Bleak House characters here in Florida just the other day--they exist in real life, his people!--but I do think that novel should have had a different title. I’ve avoided it for years, due to nothing more than its name (and have my friend Marilyn to thank for bringing it to my reluctant attention this winter), so how delightful to find myself charmed rather than depressed by the reading! The plot twists and coincidences, along with multiple tangled narrative threads connecting the cast of characters, have something in them of soap opera—but oh, the language, the descriptions of persons and places! Very satisfying, very satisfying!

P.S. I have just read in today’s newspaper that Hernando County is considering handing over its presently public libraries to a private, for-profit company. The company says it can save the county $500,000, maintaining current hours, and would hire back most current employees. So where would the savings come from? How would the private company make its profit? Obviously, employees would be hired back at lower salaries. Perhaps they would no longer have benefits. Would library patrons be required to pay a membership fee? Borrowing fees to take books home? Service fees to use computers? Columnist Dan Dewitt ends his piece by observing that “this is the kind of compromise we’re forced to make when we decide we hate taxes more than we love democracy.” Ocean ports, prisons, schools, libraries—what next? I suppose this is more of what libertarians consider ‘freedom.’ I would love to hear the reflections of Charles Dickens on all of this. Perhaps he would wax eloquent on the myth of progress.
Posted by P. J. Grath at 11:34 AM

This is the same line of "reasoning" that causes our "leaders" to eliminate welfare payments to individuals, without ever considering whether welfare to corporate entities might possibly be a better place to begin. Penny wise, and pound foolish.

Gerry, I know you don't mean it. Ian, I'm delighted with your comment--and that you left one!