I am cheating today --

First out of the chute, if you haven’t already read my most recent post, about Sarah Shoemaker's upcoming book launch, please do so now! September 6 will be an exciting evening, I promise!

My New Way of Dealing with My New Life

This summer I have been working on what I call the Scarlett O’Hara principle. Funny, because years ago an Aries horoscope named Scarlett O’Hara as a “typical” Aries, and I thought, “Oh, no!” I did not want to think of myself as spoiled, vain, and selfish! What I’m calling the Scarlett O’Hara principle, though, has nothing to do with becoming any of those things. I take the principle from her line, “Oh, I can’t think about this now! I’ll go crazy if I do. I’ll think about it tomorrow.” I’ve been doing this with almost everything I don’t need to act on immediately.

Can’t find something? Stop looking. Think about it tomorrow. More to do than time in which to do it? Do what I can today and think about the next thing tomorrow.

Sunny continues to be challenging. The instructor at puppy class (two classes to go) recognizes SJ’s high energy level and suggested I “have a talk with [my] vet” (by which I think she was hinting about doggie downers), but we are making progress, and at home my little girl is better and better all the time. Her big hurdle is learning to deal with distractions, because she gets SO excited and overstimulated in the presence of OTHER PEOPLE and OTHER DOGS!!! Not reactive, just overstimulated. But she’s my girl.

My subject heading today refers to the fact that I wrote a long e-mail to a friend about what I’m reading these days and then, after going on and on about the books, told her I would probably use it in a blog post, and so here it is, amplified even beyond the e-mail but definitely springing from and using portions of that message.

What I’m reading these days:

At the porch table: BITING THE DUST: THE WILD RIDE AND DARK ROMANCE OF THE RODEO COWBOY AND THE AMERICAN WEST, by Dirk Johnson. Very good! The writing is excellent, and the history, mythology, and reality of the West come through loud and clear, as well as clearly distinguished, as we are introduced to various rodeo cowboys and follow them around the punishing, often lonely and rarely remunerative rodeo circuit.

At the other end of the porch: PROGRESS AND POVERTY, by Henry George, a 19th-century bestseller (outsold in its time only by the Bible) that, sadly, changed no government policies in England, the U.S., or anywhere else, as far as I know. Beautifully written, too. I am happy to say that one other friend of mine is also reading it, which is a miracle, as it’s hard to get many people excited about reading economics. After following all the author’s arguments, I have arrived at the payoff, his solution, the one it seems no one wanted to put in place, despite the popularity of his book.

In the bathroom (doesn’t everyone?): IN PRAISE OF FOLLY, by Erasmus. I’d take Erasmus over Martin Luther, his rival in religion, any day, but the style of this book hasn’t set me on fire. Dante was easier to grasp. The humor is eluding me, but I soldier on – in small bites.

In the bedroom: AWAKENING FROM HISTORY, by 20th-century journalist Edmond Taylor, an autobiography/memoir that takes its title from a line in James Joyce’s ULYSSES, Stephen Dedalus saying to Mr. Deasy when he, Stephen, goes to Deasy’s office to collect his teacher’s pay, “History is a nightmare from which I am trying to awake.” Taylor was in high school in St. Louis, MO, during the First World War and after college started into journalism on the ground floor (more like the basement) until he was working as a foreign correspondent and seeing firsthand what was going down in Europe in the late 1930s. Painful parallels to our world today, but I doubt many people would want to read this book, as the sentences are long and convoluted. It’s hard to reconcile journalistic writing, in fact, with the author’s style in this book, but the book is the story of his intellectual and moral growth over the course of his life and career, so while facts are important, the real story is in how he saw certain facts at one time and how he later saw them, i.e., what he learned and when and how he learned it.

At the bookstore: GUNFIGHT: MY BATTLE AGAINST THE INDUSTRY THAT RADICALIZED AMERICA, by Ryan Busse. This is a book I would dearly love to have every American read, whichever side of the gun debate they’re on, but I know many don’t want to read about guns or politics, and this is about both. But it is very, very readable and unfolds like the drama it is in real life. The author grew up with guns, hunting with his father and grandfather, but the family was very safety-conscious, his grandfather’s best friend and the friend’s father having been killed (intentionally, though, not accidentally) by neighbor with a gun. To Busse, guns meant family and bonding and good times together. The NRA in those days, he says, was all about family, too, as well as promoting gun safety, so he went to work in the gun industry, and while it wasn’t quite what he expected, for a while it was okay. Then the NRA, he says, took a turn toward the dark side. People think the NRA is in thrall to the gun industry, he says, but in truth it’s the other way around: everyone in the gun industry has to kow-tow to the NRA or be squashed like bugs. This book is the story of one man’s awakening political conscience, his loss of naïveté, as well as the story of the NRA taking America hostage, building a political machine on a base of fear and hate. But as I say, imminently readable. The steps in Busse’s personal career, as well as national events are vividly recounted, so that the book reads like a page-turning thriller.

79. Alexander, Elizabeth. The Light of the World: A Memoir (nonfiction) 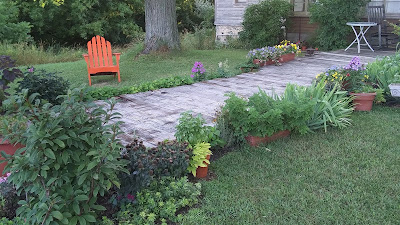 Your mention of the cowboy and rodeo book made me think of some of my high school friends and relatives, all tall and handsome in their youthful vitality that are now broken physically in so many painful ways. Yes, it is a glamourous and dangerous life. I cannot wait to read the book.

Ha. Still in Colorado. Can you order a copy for me? Funny I put the western part of my life away 50 some years ago, but sometimes I still feel its tug.

If you want me to order a book, do you want to share your name and address with me?

Okay, gotcha. Not publishing your last comment, figuring the rest of the world doesn't need your phone #. :)

So glad Sunny is making progress. I can't believe your instructor would hint at doggie downers when she's still soooo young. Ugh!

She didn't SAY that, Karen. Just "Maybe it's time to have a conversation with your vet." SJ worked very hard today at class. She started out her usual wild, uncontrolled pup self but calmed down as the hour went on. We are getting there.