Message in a Bottle

You know those one-panel cartoons that depict an unshaven man sitting on a pile of sand the size of a small area rug, and he’s leaning against the single palm tree that constitutes the island’s entire vegetation? The humor of the situation often focuses on a message in a bottle, either to be thrown out onto the waves by the unshaven man or already bobbing there, tantalizingly close to shore. Well, sometimes posting to a blog feels like throwing bottled messages out into the ocean (in northern Michigan, either Lake Michigan or Lake Superior would do, with a pine tree substituting for the cliché palm), so when two people on the same day tell me they regularly follow "Books in Northport," it makes me smile – behind my mask, of course.

These days (there are those two words again!), with summer festivals curtailed and social interactions with friends reduced to distance visiting, don’t you sometimes have an island feeling? Island = isolated land. I’ve been a letter writer all my life but find letters in the mail take on new significance for me these days, what with in-person communications as limited as they presently are. 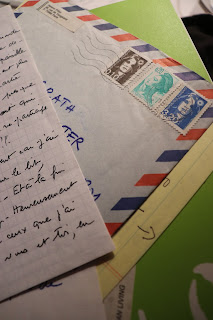 People who write letters usually read books, but maybe the implication is not as strong in the other direction. Do all readers of books usually write letters? I doubt it, and I hear some of you ask, “Does anyone write letters any more?” Yes. I do. And so do a few of my friends and relatives. Not as often as we might have in the old days of expensive long-distance phone calls, but we still delight in putting pen to paper and buying beautiful stamps – and in receiving handwritten or typed letters from afar! Sometimes, from over the bounding waves! Among letter-writers’ topics (weather, flora and fauna, politics, mutual friends and acquaintances), the question of what we’re reading demands a different answer every time, so now, since each of my blog posts is like a letter thrown out onto the water in a corked bottle to wash up where it may, and to be read by whoever may find the bottle, mention of books I’ve been reading here seems most appropriate.

To Whomever This Message Reaches:

Saturday turned rainy before noon here. Surprise! We had not looked for rain to arrive before Monday, but a rainy day is a good reading day, with time saved by not having to water gardens. Also, Saturday morning before the rain, I saw my first migrating hawk of the season. Are hawks migrating earlier this year, or did the summer simply pass more quickly?

I’ve found myself going back and forth between serious books and what I have to admit classify as “escape.” Most recently in the latter category was Wild Cow Tales, by Ben K. Green, his cowboy reminiscences beautifully illustrated with pencil drawings by Lorence Bjorklund. I picked up a lot of technical information on catching and driving cattle that have gone “wild,” along with a few terms like dallying and chousing.

Before finishing Green, however, which I read in bits and pieces, usually before falling asleep, I picked up and read The Compton Cowboys: The New Generation of Cowboys in America’s Urban Heartland, by Walter Thompson-Hernandez. Again there were horses, and again the book was nonfiction, but the time period and setting could not have been more different. Mayisha Akbar founded the Compton Junior Posse on a small, historically black-owned ranch in the middle of a progressively urban and increasingly neglected area of Los Angeles. When Mayisha retires, will the ranch survive? Will former Junior Posse graduates succeed in realizing their Compton Cowboy dreams?

Compton Cowboys was a tougher book to read than Wild Cow Tales, the challenges of urban poverty more heart-wrenching than adventures with wild longhorn steers. Still, a reader can’t help wanting this ranch to survive forever -- because the Compton Cowboys aren’t reminiscing; they are trying to hold onto their dreams against the odds. Mayisha had switched over to English riding to appeal to wealthy donors, but her successor, young nephew Randy, thinks going back to Western saddles and Western riding style will bring in more young, at-risk kids from the neighborhood (an important part of their mission, as the cowboys see it) and get “back to the roots of black cowboy culture.”

Just My Type, by Simon Garfield, more nonfiction, was not total escape, since it relates, via printing, to publishing and bookselling, but I have to admit it was partly escape. Nothing I really need to know, either professionally or socially, but fascinating, although I’ll never become obsessed enough with the subject to qualify as a “font nerd.”

YA novels these days seem to fall into two camps: there are the “problem” novels, in which young people face sometimes grueling life situations, and then there is fantasy. The Zebra Forest, by Anna Rishe Gewirtz, falls into the first camp and includes some pretty scary scenes.

And on Saturday morning (the morning I saw the hawk and that rain arrived before noon) I finished Colson Whitehead’s novel, Nickel Boys. It’s fiction but since the situation faced by Whitehead’s characters was a real part of Florida’s history, the author could easily have “sensationalized” his story (as some people would have said), without exaggerating any of the gruesome facts. He chose to tell the story differently, though, as a calm recital, and as readers we enter perhaps more readily into the lives of the boys at what purports to be a school because of that deceptively calm delivery and soon find ourselves longing for the boys' eventual escape. The ending is one I didn’t see coming.

I’m not sure what I’ll be reading next, but I’ve got a couple of candidates lined up.

...We met in 1971 after my first poetry performance.... After the performance, he told me I should front a rock 'n' roll band, but I just laughed and told him I already had a good job working in a bookstore....

...At the time I was seeing Sam Shepard and I told him what Sandy had said. Sam just looked at me intently and told me I could do anything. We were all young then, and that was the general idea. That we could do anything.

- Patti Smith, Year of the Monkey

Decision made. Have a good rest of the weekend, friends. 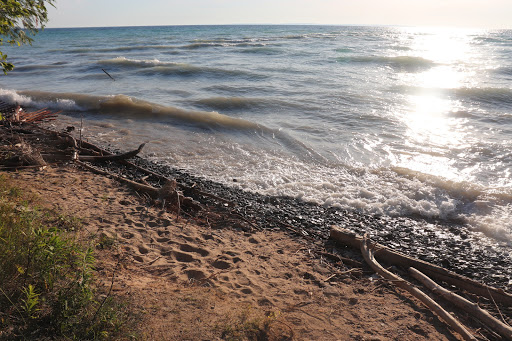 Make that at least three people who always read your blog!!!