A Bookseller Reads a Magazine

Part I. A Dark Vision!

I’d slipped a slim, aged paperback into my bag before leaving the bookstore that day, but once home a magazine on the table caught my eye. Amazingly — because while I do read a magazine from time to time, it’s as likely to be two or three years old as the book in my bag is to have been published in some long-ago decade — this issue of The Atlantic was current, and the cover story, “What Jeff Bezos Wants,” dark matter with an insulting, impersonal gravity, pulled me into its force field.

Be it here recognized by all my half-dozen readers that when it comes to online shopping, RESIST! is my middle name. That the online behemoth cannot count my household among its far-flung dominion of eager, satisfied vassals. That unsolicited e-mails from the behemoth’s robots are not simply transferred to the very ordinary virtual wastebasket labeled TRASH in my mail program but summarily relegated to the JUNK! file.

Such is my storm-battered position on a shrinking island which I hold and defend with my very life. Thank heaven the Artist is right there with me! We have chosen to live in the slow lane.

But now I read on. Does anything in the article surprise me? Statistics of the corporation’s market share, internal memos and “Leadership Principles,” punishment of sellers who do not bow to its will, the fact that it pays no federal tax? Infuriating but not either unknown or unsuspected. Thinking of the Pentagon storing all its files in the behemoth’s cloud is alarming in a surreal, nightmarish, downright dystopian way but hardly astonishing.

For me, though, writer Franklin Foer hits pay dirt when he reveals the ultimate Bezos goal, which is nothing less than the colonization of outer space, made necessary by the ruin and despoliation of earth, that ruin hastened by the glorious, unbounded consumerism encouraged by none other than the behemoth itself. Because, as we all know, earth and its resources are not boundless. Bezos, no fool, recognizes the fact. And so world domination is for him only an intermediate challenge.

And if steam isn’t coming out of your ears yet, take a look at what this kind of retail does to communities. Yep, huge tax abatements — huge community investments in infrastructure — thousands of tractor trailers a day — roads the towns can’t afford to maintain — millions of dollars of community debt — temp jobs with no security or benefits — until robots replace even the human temp workers. Ask yourself: Do you want to invest in this kind of future? Because our choices will decide the planet's future. 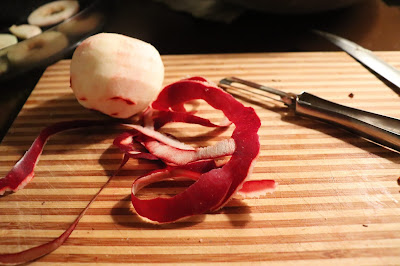 That long magazine article brought painful thoughts and memories to mind, but we were meeting friends in town for dinner, so retreating into gloom was not an option. And as we drove through the darkness, my mental clouds lifted. We’re alive. We’re together. We’re here now. Which served as a reminder that everything is temporary and all lives mortal.

Part II. A Lighter Side

Back home again, later that same evening, I picked up the magazine again and turned to a different article, this time an interview/sketch with and about children’s book author Sandra Boynton, “The Bard of Bedtime.” I’d vaguely heard of Sandra Boynton before but had never focused on her work. Now, however, I learn that she was a student of Maurice Sendak, and I am intrigued. Says the writer of the article, “Boynton’s books oscillate between orders and disarray, wisdom and nonsense.” Boynton addresses her youngest pre-reader children with respect and is not afraid to use a word like “intone” in her minimalist text. She makes every syllable count. Her animals are really people, and not all people or even all kids are the same.

I read on and on, carefully, skipping not a single word, and long before I reach the end of the article I have resolved to order Sandra Boynton board books the very next day, feeling much better and also feeling confident that I will have appreciative customers for these books in Northport. I can make small contributions in my little world, and this is where I need to put my mental energy. 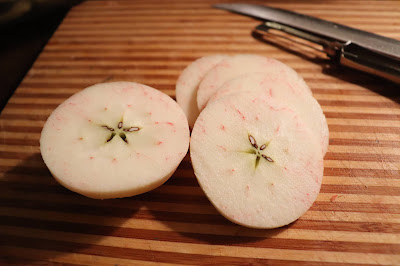 I don’t have anything special to say here but for consistency’s sake another break seemed indicated. Take a deep breath. Look around. What do you think so far? You don’t need to tell me.

The final piece I read in the magazine that night, three narrow columns in length and taking up less than a single page, was about endings, echoing my thoughts up in that first intermission. It was Ben Healy’s “Study of Studies” feature, this one titled “All Good Things …” Yes, all things will come to an end, but “even endings may be better than expected,” Healy finds, and that’s a good reminder, too. Maybe for some among us it’s even more than a reminder. More like a novel insight, one we need to reflect on for a while.

In the old days, wars used to end, and that was a good thing -- wars ending. I am still curious and still learning but no longer have an obligation to spend my days in a classroom, and I feel good about that. All men are mortal. Socrates was mortal. Socrates died. The biggest ego, the loudest voice, the richest man on earth — all are mortal. As am I. As are you.

My question (again) is, when our lives end, what kind of world do we want to leave behind?

I could say much more about endings as they relate to books and bookstores and all kinds of businesses, but right now I feel the end of this post approaching. Ah! Here it is! What a relief! 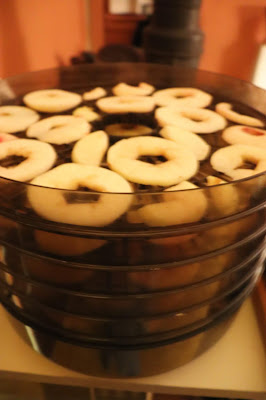 Sandra Boynton's books were my absolute favorite first books to read with my kids!!!!

Looks like I've been missing something, Barbara -- a lapse very soon to be remedied, however. :)

Absolutely love Boynton's books. You will too. And they'd make great Christmas gifts from, say, grandparents, to their grandkids.

I've had the argument for some time that we, with our wish for next day delivery of everything, are adding to the trucking problem. More trucks under more pressure. Not to mention the growing stack of boxes and packing material piling up.

Dawn, with your work for safer trucking laws and practices, I knew the story of Elwood would resonate with you. I grew up in Will County, Illinois, and can remember little farm towns with dirt main streets. Do we honestly believe life is better with more and more "stuff"?