Just How Hard IS Change?


I’m coming back today to a book that cheered and energized me last week. In Switch: How to Change Things When Change is Hard, Chip Heath & Dan Heath don’t tell us that change is ever easy, but they do make a convincing case that we can make change easier by approaching it differently. 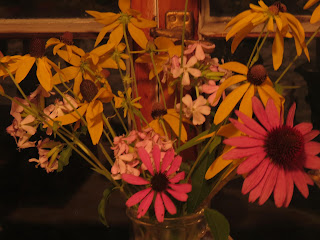 Here’s how too many of us (yes, me, too), often react, when people aren’t making changes we want them to make:

“How can they be so stupid? And lazy! Can’t they see past their noses? Can’t they use their heads?” Sartre said (or, at least, is said to have said), “Hell is other people,” and who hasn’t felt frustration at the apparent intransigeance of other people? But every single one of us is an other. We meet face to face or online or over the phone: to me, you are the other. To you, I am. And that’s just how it is. 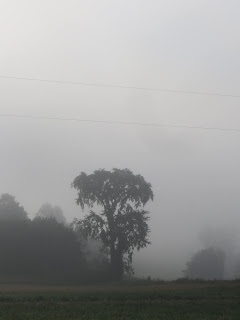 Chip Heath and Dan Heath – and I’m going to call them H&H from now on – cite numerous research studies and tell many true stories in every chapter. They are not simply “brainstorming” or speculating on how change might be made easier. Their tips and recommendations are clear and specific and backed up by results. And whether I want to change myself or someone else or a whole group of people, the basic empirical insights hold. H&H tell us story after story of changes that worked, changes initiated by people with no special authority or power other than an ability to see how to do things a different way. 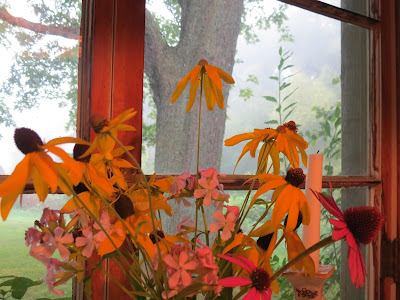 Do human beings "stubbornly resist" change? Maybe the change they are asked to make isn’t clear to them. “What looks like resistance,” the authors say, “is often a lack of clarity. So provide crystal-clear direction.”

For instance, “Eat a healthier diet” is not specific. – And here I have to interrupt myself to say I don’t at all like the authors’ example, because it has to do with buying and drinking milk with only 1% butterfat rather than whole milk, and I am not at all convinced that whole milk is unhealthy (in fact, it drives me crazy that most of the yogurt in the grocery store case is nonfat!), but that’s not the point. The point is to give clear, specific instructions, and make them easy to follow. 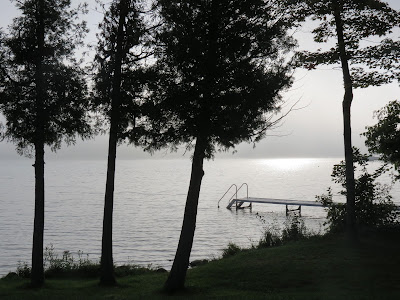 H&H also say, “What looks like a people problem is often a situation problem.” All of us depend on routines and habits to get through the day, and if we have to think too much, uncertainty about what to do can be paralyzing. Too many possible choices or an ambiguous situation will make our minds anxious, and when anxious, we revert by default to a familiar path, seeking our comfort zone. If we can’t, studies have shown that operating outside a comfort zone for too long results in deteriorating task performance. The mere experience of applying willpower to not eating a plate of cookies left in the room with them resulted in subjects performing more poorly on a task than other subjects without the antecedent test of will. Self-discipline wears us out. We only have so much energy for it. So we’re better off devising little tricks to keep ourselves in line.

In order to brave a new path, we also need a motive. Emotion is the “elephant,” in the book’s terms, intellect the “rider,” though I’ve avoided that language here. The important point is that to effect change, in ourselves or others, we must appeal not only to the intellect but also to emotion.

Here’s an astonishing revelation from early in the book. Can you believe that of the 24 most commonly used English words for emotion, only six are positive? Our language, and probably our brain itself, is more alert to threats than to happiness, probably for reasons important to survival – but still, that’s what we see all too often in each other, even when it isn’t there. I see not what you’re doing right but what you’re doing wrong, not the good you’ve done but the good you’ve failed to do. And how motivated are you by criticism? Me, not very!

All the logic in the world does not induce people to change without emotional appeal. Argument and reason are good, often necessary, but by themselves insufficient. Okay, what kind of emotional appeal? How about fear? Fear is a strong motivator, H&H acknowledge, but works best in the short term. It doesn’t work all that well for problems requiring incremental change over the long term. Why would that be?

Well, fear is one of those negative emotions.

When you’re angry, your eyes narrow and your fists clench and you get ready for confrontation. When you’re disgusted, your nose wrinkles and you avoid whatever has grossed you out. When you’re afraid, your eyes grow wide and your body tenses up and prepares to flee. On a daily basis, then, negative emotions help us avoid risks and confront problems.

Narrowed eyes, clenched fists, tense body – that’s how we respond when we’re in the grip of a negative emotion. Fight or flight! says the mind. Don't confuse me with more options! But that narrowing effect also works on our thoughts and doesn’t help when what we need is a broader vision, when we need to innovate, and to grow.

The positive emotion of interest broadens what we want to investigate. When we’re interested, we want to get involved, to learn new things, to tackle new experiences. We become more open to new ideas. The positive emotion of pride, experienced when we achieve a personal goal, broadens the kinds of tasks we contemplate for the future, encouraging us to pursue even bigger goals.

One tip the authors give is to focus on success, however small, and build on it. They call it “finding the bright spots.” Say your son was failing all his junior high classes but this semester managed to get a B in one of them. Talk to him about that good grade, help him find out what made the difference in that class and how he might be able to extend his success into other subjects. In general, don’t look for problems but for what’s working.

Another is to shrink the change. Don’t ask for a big change all at once. Show people ways they have already, without being aware of changing, taken the first couple of steps, and it's like magic!

It also helps to provide “environmental tweaks.” These, H&H say, “beat self control every time,” whether it’s my own behavior or someone else’s I want to change. One simple example (we’ve use this in our home) is to use smaller plates on the dinner table. Rearranging furniture is another way to tweak the environment and change the situation. Shaping the environment changes behavior, and it’s easier, more efficient, and more pleasant to shape new behaviors that way than by hectoring and scolding. You don’t even have to talk about it!

I’ve hardly done justice to this book, because I’ve been boiling down to prescriptions what the authors present in exciting stories of change. You just need to read it for yourself. Switch is written largely (not exclusively) from and with a business perspective, but the implications go way beyond. In fact, I can hardly think of a realm where they would not be appropriate. 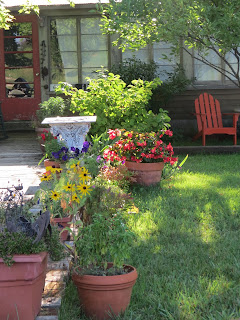 So, from what I’ve said so far, let me ask what lessons you would draw from the H&H prescriptions when it comes to working for political change? ??? If you’re not feeling optimistic yet, blame it on me and not on the authors, go to the library, and give H&H a reading for yourself. (I’ll order the hardcover for anyone who requests it; unfortunately, the book was never issued in paper. I also have 2-3 used copies winging their the way to me.)

If you buy the book from me and read the whole thing and don’t feel the faintest glimmer of hope, I’ll cheerfully refund your money and take the book back, knowing that it will inspire someone else. What I hope for, really, is a community of energized, hopeful people ready to go at change in a whole new way. Maybe we can help each other? I’d love to travel hopefully into the future! Wouldn't you? 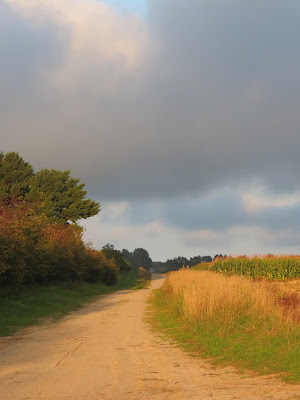 This reminds me very much of books I read about parenting when my sons were young. Very difficult to think about this in relation to political changes but definitely food for thought and public discussion.

Deborah, I know what you mean about the parenting books. What fascinates me about this book is that (1) it's aimed more (though not exclusively) at group behavior, and (2) the authors are reporting ways making change has worked, rather than simply offering advice. Of course, the best parenting books would also cover empirical studies, too. Difficult in the political realm? I'm sure! What isn't?!