Retracing One Path in Children’s Literature 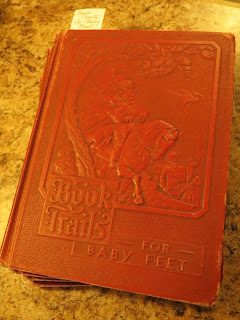 What books were being given to boys and girls as Christmas presents in the year 1928? Many probably received a set of Book Trails. The first volume, Book Trails for Baby Feet, begins with “Little Black Sambo,” a story told in many different editions over the years and revived in three new versions not long ago. It’s a story that’s been loved and hated and that has given rise to legends in which some vague, powerful, conspiratorial “They” pull out all the stops to censor children’s literature by making the story unavailable. 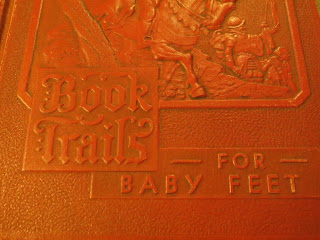 Here are a few facts from the book world as I have come to know it.

·     Children’s books, read over and over and not always treated gently, tend to survive in smaller numbers than adult books, and a family of several children probably had no more than one copy of a beloved book when the children were small. The likelihood of that copy having survived is small.

·     Popular and well-loved children’s books, like other published titles, usually go out of print over time.

·     Why isn’t a popular book reprinted? Most publishers of children’s books are conservative business people. They do not want copyright problems, and they don’t want storms of social protest -- unless the storms are going to sell books.

·     Every year publishers are bringing out new titles for children.

·     Illustration styles change over the years, as do parenting methods.

Does anyone think the Dick and Jane readers fell victim to censorship? Well, actually, a few people probably do think that, but evolving (or at least changing) theories of education are a more likely explanation. As for why Dick and Jane books and Little Black Sambo have commanded such high prices on the secondary (i.e., not new) book market for as long as I’ve been selling used books, the answer is simple: supply and demand. When people remember books from their own childhood, want to get their hands on the books again, and the desired titles are out of print and surviving copies in short supply, prices go up.

It is not a conspiracy. If booksellers were that canny, we would all be rich. 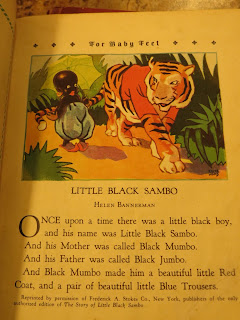 But those who object to the character of Little Black Sambo as depicted in the story have a serious point to make. The little black boy in the pictures presents a stereotype, as does his name and the names of his mother and father, and so the story fosters continued stereotypical thinking about darker races among young white readers, while showing young readers of color nothing they can recognize that relates to their own lives.

Growing social awareness is obvious in another book that came to my hand recently, Bright April, by Marguerite di Angeli. 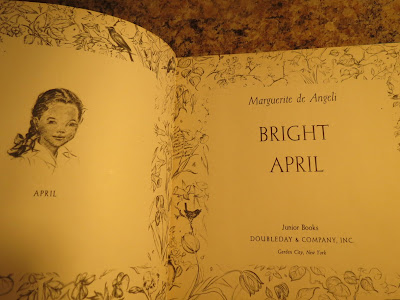 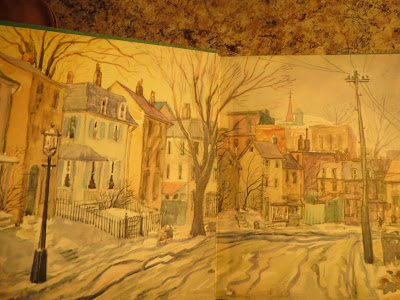 As soon as the book is opened, the illustrated endpapers invite the reader into April’s world, Philadelphia’s Germantown following the close of World War II. We learn that she has a sister and two brothers, that her father is a postman, and that she belongs to a Brownie troop. 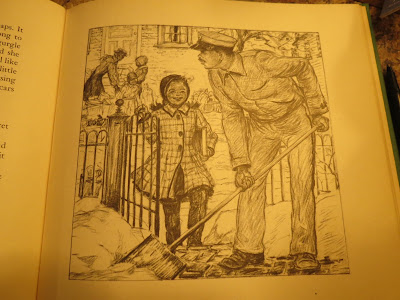 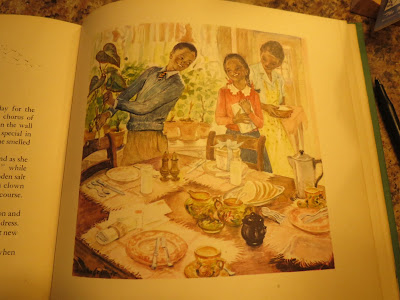 In this mid-century African-American family, April helps her father clear the sidewalk of ice and snow and helps her mother set the dinner table, always trying to live up to the secret Brownie motto, “D.Y.B.!” There are hints of difficulties to come when other little girls say unkind things or when April’s serviceman brother (the year is 1946) writes home that he has been assigned to laundry duty rather than given an architectural assignment for which he was educationally trained and eager to execute. Today, perhaps, April’s parents would give their children more emphatic, less gentle lessons, but de Angeli certainly left “Little Black Sambo” behind. 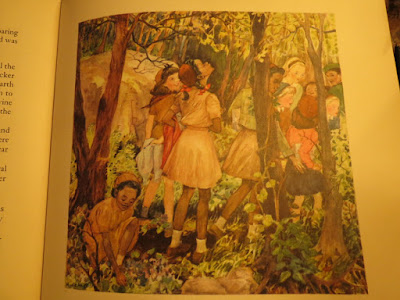 And yet, simply comparing these two fictional characters misses something else. “Little Black Sambo” and April Bright are completely different kinds of stories, just as “The Milkmaid and Her Pail,” by Aesop, another story in Baby Feet, is entirely different from an almost infinite number of realistic fiction for young people written in the 20th century. Fairy tales such as “Cinderella” and “Snow White,” feminists point out, gave starring roles to female stereotypes, not fully realized fictional girls and women. And what about all the charming princes? Ever meet one in real life who looked and talked and acted like the ones in fairy tales. And how about all the wicked stepmothers? 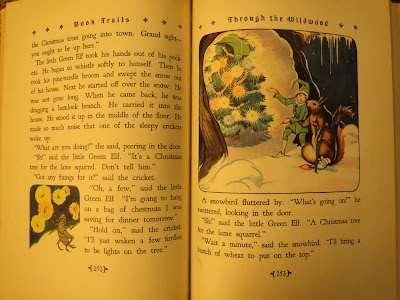 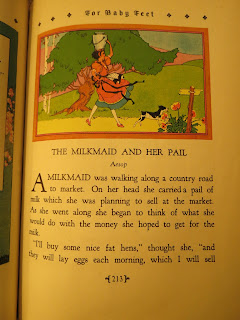 In fairy tales and fables the emphasis is on a simple plot, large actions, and lesson to be learned, while realistic fiction, for readers of all ages, present an ambiguous world peopled by distinct individuals trying to find their way in it.

Is there a place in our world today for fables and fairy tales? That’s a serious question. I wonder what others think. And where does contemporary YA dystopian literature fall with relation to fairy tales and realism?