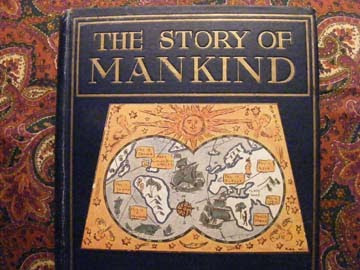 The text-books of ancient History give the date 476 as the year in which Rome fell, because in that year the last emperor was driven off his throne. But Rome, which was not built in a day, took a long time falling. The process was so slow and so gradual that most Romans did not realize how their old world was coming to an end. They complained about the unrest of the times—they grumbled about the high prices of food and about the low wages of the workmen—they cursed the profiteers who had a monopoly of the grain and the wood and the gold coin. Occasionally they rebelled against an unusually rapacious governor. But the majority of the people during the first four centuries of our era ate and drank (whatever their purse allowed them to buy) and hated or loved (according to their nature) and went to the theatre (whenever there was a free show of fighting gladiators) or starved in the slums of the big cities, utterly ignorant of the fact that their empire had outlived its usefulness and was doomed to perish. 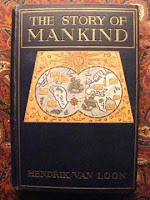 Hendrik William Van Loon (1882-1944) wrote The Story of Mankind for young people and illustrated it generously with his own simple drawings and maps. It received, in 1922, the first Newbery prize ever awarded. The copy I’m reading is a first edition (but without the dust jacket, so I am pricing it accordingly), but very inexpensive copies of the book, even small pocket paperbacks (this adult edition omitted the illustrations), are widely available. It was that popular.

It was 1993 before I discovered Van Loon, happening upon a copy of his Geography at a yard sale and being enchanted by the illustrations. Soon afterward I came to know Lives, the wonderfully inventive series of stories written about an imaginary series of dinners, given by two Dutchmen so determined to have interesting guests that they decide not to limit themselves to living persons. Their first guest is Erasmus. Another I remember fondly is Descartes. Sometimes they invite more than one historical personage at a time, and I have always wondered if this book was the inspiration for the old (very old) Steve Allen television show, with its “appearances” of characters from history and literature.

The Arts is another enchanting Van Loon contribution, detailing the history of various arts from the beginning of mankind. It is another look at the “story of mankind” from a different angle, with a more specific focus (and leaving out a lot of field generals and battles). 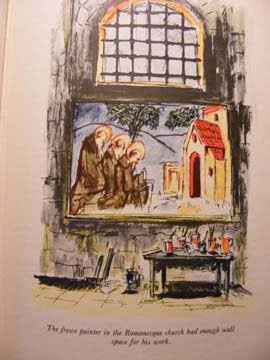 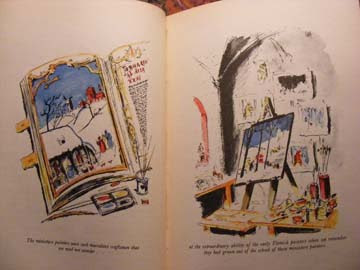 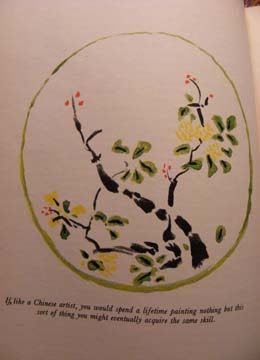 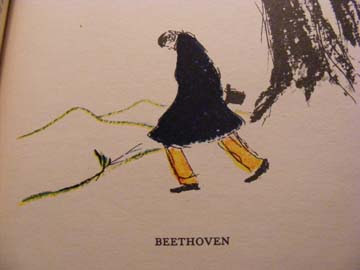 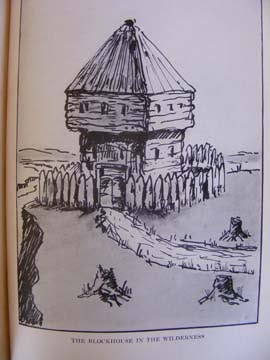 I should warn that The Story of Mankind is decidedly (and disappointingly) Eurocentric. Native American tribes are shown on a map of the Eastern Seaboard to the Great Lakes but not otherwise mentioned. There is a very brief chapter on Buddha and Confucius but no detailing of Asian civilizations. Van Loon’s picture of world history is very much a story of Europe taking over the world, and he says as much. One wonders what he would say were he alive today. 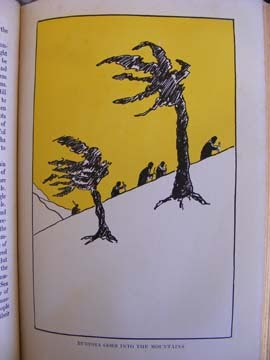 For all of Europe’s world “victories,” however, the author does not close with “They all lived happily ever after,” and I suspect he may have had somewhat the tragic sense of history possessed by Michigan’s Civil War historian Bruce Catton. Almost at the end of the book, Van Loon mentions “problems” in the world and the need for apprentices for future leadership. He does not say under whom the apprentices would learn.

He then closes with a lengthy quotation from “a very great Frenchman.”

The more I think of the problems of our lives, the more I am persuaded that we ought to choose Irony and Pity for our assessors and judges as the ancient Egyptians called upon the Goddess Isis and the Goddess Nephtys on behalf of their dead.

Irony and Pity are both of good counsel; the first with her smiles makes life agreeable; the other sanctifies it with her tears.

The Irony which I invoke is no cruel Deity. She mocks neither love nor beauty. She is gentle and kindly disposed. Her mirth disarms and it is she who teaches us to laugh at rogues and fools, whom but for her we might be so weak as to despise and hate.

Can anyone identify the “great Frenchman” who penned these words? At the end of his book of world history, what do these words tell you about Van Loon’s view of the world? 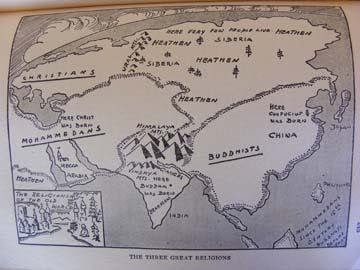 How did I not know about this book? And how glad I am to be led to it. The first noticeable thing is that children's books apparently did not serve up pablum in 1921. Eurocentrism, to be sure, and probably worse--I'll read it and find out--but not pablum. Bracing.

No idea who The Frenchman might have been. I suspect that Van Loon, like most of us upon reaching a certain age, and seeing more clearly that An Exception Will Not Be Made, hoped that his world would be judged mercifully by history.

Van Loon's writing and illustrations are charming. Of course, he was writing books for a popular audience, not textbooks. Another is a biography of Rembrandt. But LIVES is probably my favorite. Talk about bringing the past to life!

History of Mankind synopsis sounds ominiously like us. now. ...can't thik about that...must go eat and drink and be merry.

P.J. -- Thanks for pointing us toward Van Loon. There's no doubt in my mind that his "Lives" inspired "Bill and Ted's Excellent Adventure."

Dawn, if I remember correctly, you will eat, drink and be merry with your book club tonight. A worthy cause! Van Loon is not all gloom and doom, although I admit I selected the opening quotation from the Fall of Rome to follow upon my previous post.

Bill and Ted? I don't know them, Jerry. Montaigne was a good guess (and I might have guessed Voltaire), but the words come from Anatole France, THE GARDEN OF EPICURUS.

Or was it Gerard Depardieu??

Steve, you’re breaking my heart! Condorcet, pas France? Well, you should know, but after all the rooting around I did (Van Loon does not give the original author’s name), I’m reluctant to concede this point. Do you have EPICURUS? I should—once did—must look.

As for Gerard Depardieu, how many French movies would we have to sit through to rule him out?

Leaving in 5 minutes for Sydney or.... as soon as her ladyship is ready

Just so the rest of you aren't totally left out:

Steve, or Mr. G. (or "Big Steve"), is a Northporter and an Epicurean. Grahame and I have never met in person, as he lives in Australia, and that explains why he might have the mistaken idea that I resemble Meryl Streep.