It Is Still Summer! 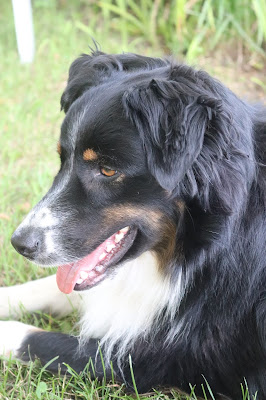 Since I’ve heard from people who want more pictures of Peasy, I’ll intersperse my reading notes and other thoughts with images of the little guy. It’s true that, like the late, great Sarah, Peasy is quite photogenic. I’ve lost count of the times I’ve shown his picture (on my phone) to someone whose eyes have widened as the reaction came in these words: “He’s gorgeous!” He still needs my mother’s reminder at times, however: “Pretty is as pretty does!”

At 3 a.m. on Tuesday morning, the moon was so bright when I awoke that I thought it was time to get up. No, too early even to make coffee. Not, however, too early to get in a little reading and then maybe another hour or so of sleep. I love summer nights, when the outside and inside temperatures are about the same and a light breeze through a window lets me feel as if I’m sleeping outdoors -- under that big, bright moon whose light is filtering through the trees. 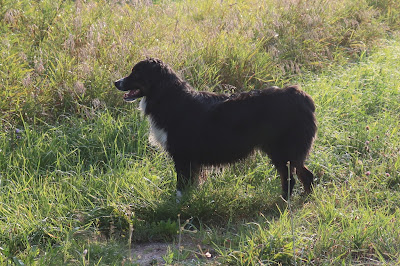 So here are the books I’ve finished reading in the past week:

116. Giridharadas, Anand. Winners Take All: The Elite Charade of Changing the World (nonfiction)

The Luhan book was a little escape to New Mexico for me. Mabel herself was quite a character. I’m not going to go into either her life or the book. For me it was, though nonfiction, pretty light reading.

Citizen of the World was an entirely different kettle of fish, and I became more and more excited as I read along in it, as you can see from my review here. I’ve enjoyed getting to know the author a little bit, too. For a world powerhouse feminist, Yoon is completely down to earth and has a delightful sense of humor. But what would you expect of someone who grew up summering in Northport, eh?

The Pogo book – now there was an entirely different kind of surprise. It wasn’t a book of the cartoons but a carefully worked-out philosophical thesis by Norman Hale on the moral code of Walt Kelly’s world of Pogo. I don’t know if Hale wrote other books or how he came to write this one. I find only that not everyone agreed with him. In any event, I enjoyed my reading of this little paperback book. 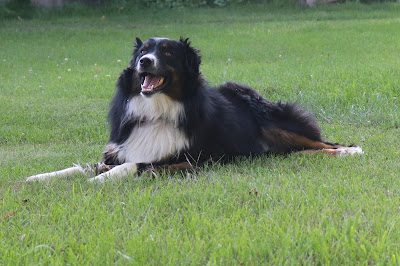 I probably shouldn’t say much at all about the novel read in manuscript, since there’s no telling how soon it will be available to the rest of you in book form. I’ll only say that the story is gripping from beginning to end! Oh, and that, besides plot and characters, I loved the setting on the shores of the St. Clair River, the river itself a constant presence in the story.
Blind Hope quickly took a turn toward religion that I hadn’t expected, but it worked well in the context of the story, and I was happy that the old “unwanted” dog found home and love. The title had attracted me because, as you’ll recall, Peasy was also a dog no one wanted until I came along to take a chance on him.
Winners Take All – now there’s a book I’d love to give you all as assigned reading. Do you think market forces are the best -- perhaps even the only -- solution to all the problems of the world? Giridharadas urges us to question that recently minted, self-serving dogma:

It is disturbing that the most influential emerging power center of our age is in the habit of denying its power, and therefore of promoting a vision of change that changes nothing meaningful while enriching itself.

And don't just take my word for it. Here's what others are saying:

Now take a look at someone who did not fall for The-market-is-our-only-hope dogma: Chuck Collins. (I have ordered another of his books, which should arrive sometime this week.) And take a look at this page on the website for Institute for Policy Studies website to understand why big gifts from wealthy donors sometimes don’t even provide bandages, much less solutions to serious problems. 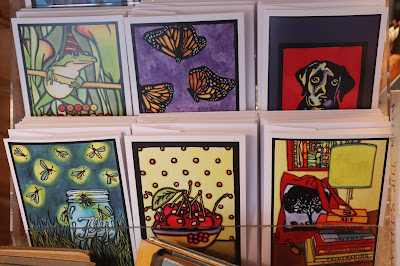 I love Sarah’s feel for plants and animals, and much of the Up North vibe from Montana fits well here in Michigan, too. See more pictures here. Better yet, come in the shop and choose your favorites! Peasy, no doubt, would suggest the dog images (there are three), but horse and frog and fireflies and many more are quite beautiful, too.

Oh, Peasy! You are so silly! 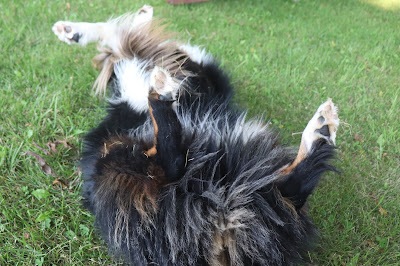 Appreciate the Peasy pictures. Also that you've read so much. I can't seem to stay awake to read.

Dawn, I fall asleep with a book on my face or during the middle of a movie, but I wake up about 3 a.m. and get up to read then.

I've been thinking today about the wide differences between the "globalists" in the Anand Giridharadas book and Soon-Young Moon as a "citizen of the world." The capitalist "winners" in WINNERS TAKE ALL seem to have little or no sense of any common good for their own country (U.S.) and little desire to make things better for their fellow Americans. They initiate MARKET changes in other parts of the world from which THEY benefit, but their talk about "changing the world" rings hollow. And as the author points out, it is only these WINNERS who are at the table, making decisions.

Dr. Yoon's work with the U.N., on the other hand, involves working directly with people affected -- women, poor people, indigenous populations , wherever they are -- and with their governments and the U.N. to make real change possible. And while she calls herself a "citizen of the world" and her family retains strong feeling for their Korean homeland, my sense is that her gratitude for the opportunities she has had as a child refugee and immigrant to the United States fuel in large part her work in other countries. I know she is very attached to Northport!

The globalists in WINNERS TAKE ALL aim to solve all problems with the same set of technical market solutions.

Dr. Yoon and her U.N. coworkers put their feet on the ground and listen to what people elsewhere say they need. There is no one-size-fits-all solution.