Interim Thoughts: The Eyes and Hearts of Women

[I’m calling today’s post “Interim Thoughts” because it’s only been four days, not a full week or more, since I last posted, this summer having settled down into a once-a-week blogging routine.]

Only on the morning of August 27, very early, with the sky still dark outside my window, did I learn that August 23 had been the official Mari Sandoz Day and that, in my ignorance, I had completely missed it. Four days late already, and 67 years after Nebraska’s governor first proclaimed the day, I read about the date in a chronology of the author’s life at the end of a University of Nebraska edition of Sandhill Sundays and Other Recollections, by Mari Sandoz, memoir essays reaching back to her childhood days in the sandhills before she learned English (although born in Nebraska, her immigrant parents still spoke the French and English of their native Switzerland) and extending to the apartment she rented in Greenwich Village and occupied periodically for a number of years, beginning at a time when the Village was still occupied primarily by Italian immigrants.

Of the many volumes of fiction and history written over her lifetime, the two books for which Mari Sandoz is best known today are biographies, Crazy Horse: The Strange Man of the Oglalas and Old Jules, the story of her father’s life. Of the latter biography, she later wrote that

…it gradually dawned on me that here was a character who embodied not only his own strengths and weaknesses but those of all humanity – that his struggles were universal struggles and his defeats at the hands of his environment and his own insufficiencies were those of mankind; his tenacious clinging to his dream the symbol of man’s undying hope that over the next hill he will find the green pastures of his desire.

I read her Crazy Horse biography only last year but need to read it again now to answer my new question, which is if Sandoz also saw the struggles and defeats, hopes and insufficiencies of Crazy Horse as “universal.” How could he have pursued his desire – which would not have been his alone but that of his people – “over the next hill”? And after all, Old Jules was not one of those restless Westerners continually on the move, leaving one region for the next until stopped by the Pacific Ocean. He put down roots. I probably need to read Old Jules again, too.

Another, more general but personal realization came to me on Friday morning: without intentionally seeking out books by women for my reading pleasure this year, I have been discovering books by women, a dizzying variety of fiction and nonfiction, that seem to have sought me out: novels and a memoir by Penelope Lively; Barbara Olenyk Morrow’s book about the life and work of Gene Stratton-Porter; murder mysteries set in Cochise County, Arizona, by J. A. Jance; a re-reading of Zora Neale Hurston’s Their Eyes Were Watching God; Soon-Young Yoon’s experiences working with poor and indigenous women around the world; and numerous other books of both fiction and nonfiction.

So now I have another question, more general than Mari Sandoz and Crazy Horse, and it harks back to Mary Helen Washington’s study, The Other Blacklist, in which she notes that Black artists, writers, poets in the 1950s were encouraged to stop writing of their experience as Black men and women and write instead from a “universal” perspective, leaving race aside. My question is this: where is the “universal” to be found, other than in the particular? Each of us has only our own experience. Zora Neale Hurston could only write as a Black American woman, because that is what she was. Mari Sandoz could only tell her life stories from her own experience, that of a child of immigrants growing up during pioneer days on the Great Plains, and her interest in historical subjects was also shaped by her living in that place and at that time. So do these women’s writings fail somehow to be “universal”? Surely they are not writings only for women readers!

Shakespeare, Henry James, Ernest Hemingway, Langston Hughes, Marcel Proust – all of them, too, had the experiences they had because of where they were born, the era in which they lived, and how they were seen and treated by others. Their experiences were particular to them, and their writings were thus saturated by that particularity, whether or not it is obvious to all their readers. I am not saying these men failed to discover and write of universal truths – hardly! -- only that the universal is always and only to be found, as they found it themselves, in particulars, in the infinite variety of our endlessly repetitive human experiences.

From the foregoing you may correctly conclude that I am not a Platonist. Peasy is not a Platonist, either. For him, life is all about discovering the ephemeral universe of smells, about making the most of each fleeting moment. 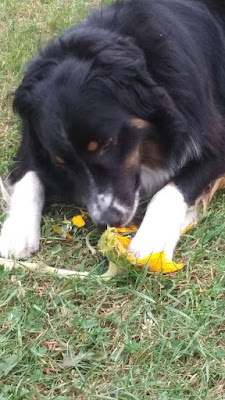 Would you disagree? And if you say we need larger goals, that we should work to better our world, I ask you, what time do you have to work for those goals except right now? The present moment is the time we have, even as it continually slips away from us. 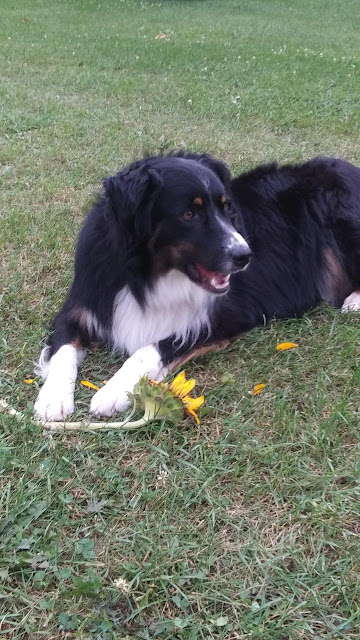 Yes! The ‘’universal’’ is where you can find your own ‘’particular’’, your own path to helping the world. Your comments, Pamela, about the women writers are revealing in that their books came from their experiences. That is their strength. Their identities help us to understand the universals in the world. That’s my hope when I choose books to read. What I did as an English teacher to immigrants and abroad to language learners, one hopes, made a difference in people’s lives. The teenagers I taught singing to, in four languages, maybe widened their view of music. Very humbly, I hope that my tiny steps, my particulars, gave resonance to others that I taught. Thanks for new names of women writers that I’ll look into!

I love thinking of you teaching songs to people from other countries. I wouldn't be surprised if they still remember those songs. Music, we are told, remains when many other memories fall away. I do hope you and I keep our memories of each other forever and add to them as the future unrolls. xxxooo

Oh yes, dear friend…. Our memories of us, olde as they might be, will certainly be added to as we go forward, wherever that may be!