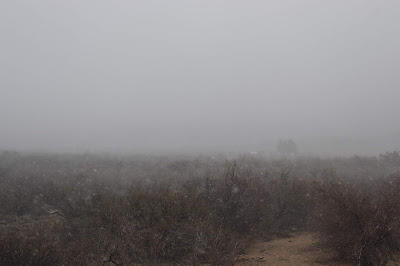 Saturday was a wild day of cold and wind and snow here in the mountains! Temperature hovered near the freezing mark all day, but the wind gave Willcox a “feels like” of 24 degrees, so you can just imagine how much colder it was here at our elevation. My walk to the mailbox with Sarah was quite an expedition, so when the Artist wanted to drive into town around midday, I almost stayed home. Once we got out on the highway, only a mile or so from the cabin, I was very glad I hadn’t missed the larger day! 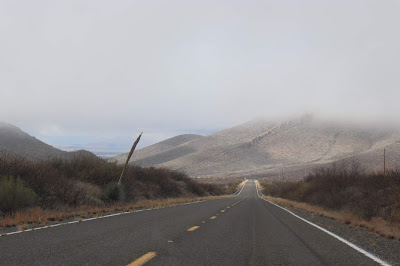 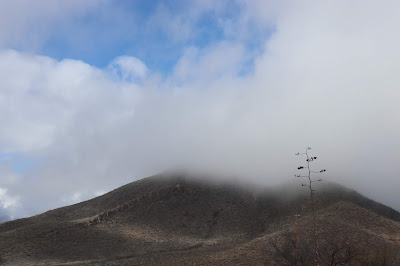 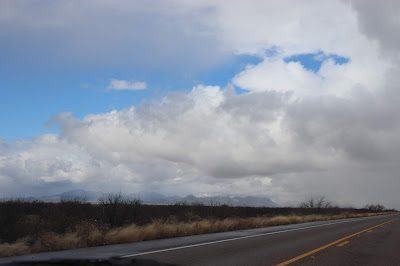 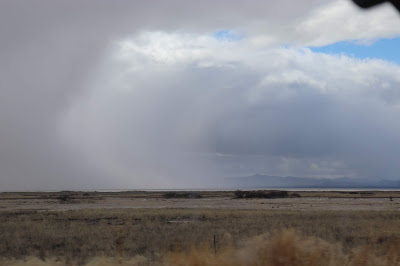 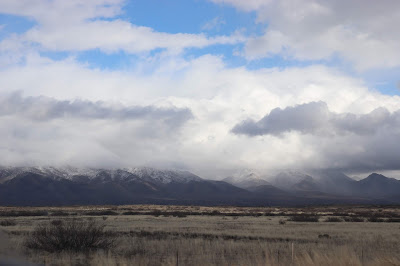 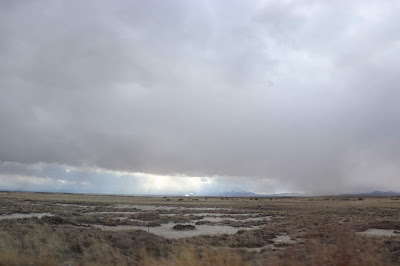 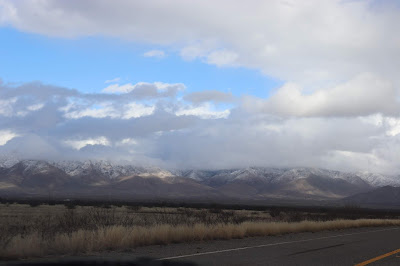 There was sunshine down below but none back in the mountains when we returned to the cabin. We are in another world up here. It may be raining in Willcox, but that can easily be snow in Dos Cabezas and above. 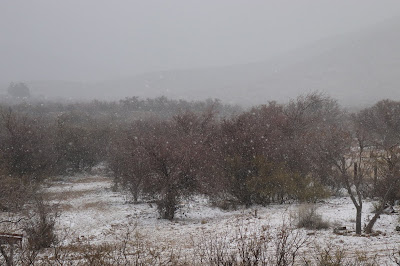 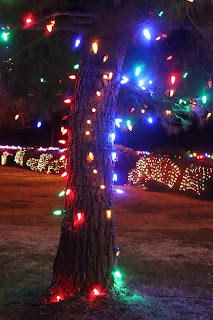 Later we drove again to Willcox, through the dark, into swirling snow -- oh, what a day! You may remember that back in February of 2015 we were part of an audience of six people (including the manager) in the Willcox Historic Theatre for a screen viewing of the Opera of the Bastille, from Paris, performing “The Marriage of Figaro,” and how absolutely transported I was by that show. Well, last night we were practically the King and Queen, the only two viewers (in the much smaller Studio 128), given our own private showing of Peter Wright’s 1984 “Nutcracker,” performed by the Royal Ballet in the London Opera House. It was absolutely magnificent! Every moment was stunningly beautiful. What a great Christmas gift, one I will never forget — well, until I forget my own name, anyway.
There had been a large group for the afternoon show, so you should not get the impression that we were the only people in Willcox to see and appreciate the show. There had also been a Friday afternoon show. Maybe everyone who wanted to attend had already been to the show, or maybe the storm gave otherwise eager viewers second thoughts. 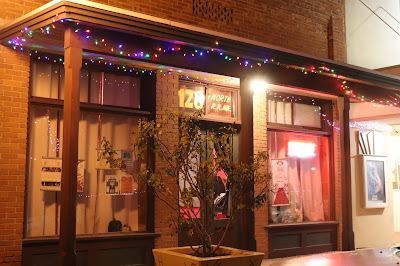 But here’s the thing: While I know it would be a thrilling and unforgettable experience to attend the opera in Paris or the ballet in London, there is also something magical and moving about seeing these performances in a little old theatre in a cow town in southern Arizona, being transported to Paris or London and from there into the story of the opera or ballet, and coming out again afterward into the quiet, dark, high desert night. No crowds, no traffic, just dark stillness, except for brightly colored holiday lights in Railroad Park. Both times the whole experience felt so unlikely — and last night, I thought, it felt as unlikely as the “Nutcracker” story itself, as if we ourselves, like the young girl in the ballet, had been transported into a fantasy world. 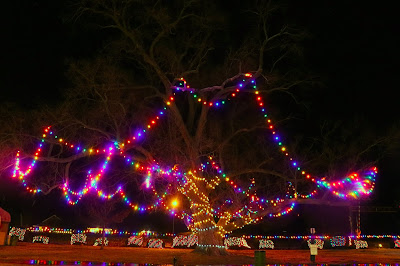 Then this morning the sun came up over the mountain and lit the snowy ground, flooding the cabin with light. Birds clustered around the suet feeder. Another winter storm is past. Was it “only a dream”? 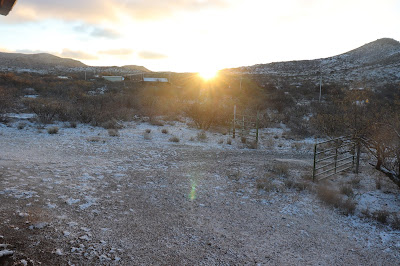 It is too bad that our locals do not take advantage of the cultural opportunities to see great performances from around the world. Seems like, if it ain't country, it ain't worth 2 bits.

We had the same Nutcracker in Sutton’s Bay!

Peter, did you go? How was attendance?

Dorothy, I'm not sure what makes the difference in attendance at different events. Certainly, anything country is big here, from music to old Western films. But the theatre Peter mentions in Suttons Bay, which also had big attendance problems for quite a while, is doing much better since volunteers are making the rounds of the county and distributing weekly fliers on what will be showing. Also, as I said, there had been a good group for the afternoon show. Plus -- I hate to say it, but -- many of my friends say they have seen "Nutcracker" so many times they're sick of it. Don't know how anyone could not be thrilled by the performance we saw, but if people didn't see it, I'm sure they could easily dismiss it out of hand.