I’d been up since six o’clock, smiling over Don Marquis’s archy and mehitabel, the antics of two transmigrated souls, one formerly a free verse poet, the other Cleopatra, now embodied respectively in the forms of a cockroach and an alley cat. The stories come directly from archy, still a poet but now also a necessarily resourceful little cockroach who can only pound out his adventures and reflections by jumping on one typewriter key at a time, landing on his head with all the force of his little body. Unable to work the shift key, he makes do without capital letters and punctuation.

boss i am disappointed in

some of your readers they

are always asking how does

archy work the shift so as to get a

new line or how does archy do

this or do that they

details when the main question is

whether the stuff is

Now inhabiting a cockroach’s body, archy has a new view of life: i see things from the under side now

But it is mehitabel the cat who so often steals the show. While protesting that she is “always a lady” and “toujours gai,” mehitabel’s amorous adventures take place within a perilous life of want and near-starvation, and she is not above tearing the ear off some tomcat who promises her luxury and then fails to stand and deliver. Neither do periodic litters of kittens cramp mehitabel’s style for long. She knows she will end on a garbage scow, but until then,

there s a dance or two

in the old dame still

Underneath the humor and courage of these entertaining characters is the pathos of life in the America of World War I, Prohibition, the stock market crash, and subsequent Great Depression. In “pity the poor spiders,” archy is saddened by roach exterminators and shares the sad tale of a spider who bitterly lament the advent of flyswatters:

curses on these here swatters

what kills off all the flies

for me and my little daughters

unless we eats we dies

The mother spider’s mate, “lured off by a centipede,”  made no excuses for abandoning his family but said only as he left them, “tis wrong but i ll get a feed.”

The cockroach makes do with apple parings left in the newspaperman’s wastebasket but pleads for “a crumb of bread” sometime, while mehitabel’s adventures are as much about food as art or love. In one particularly haunting piece the cat, now with one frozen, crippled paw and nowhere warm to sleep, must dance all night.

show your shadow how

tonight it s dance with the bloody moon

you gotta dance till the sun comes up

for you got no place to sleep

I can’t help wondering if the social commentary aspect reached many comfortable, well-fed readers at the time these pieces first appeared. Illustrations by George Herriman, the creator of “Krazy Kat,” undoubtedly contributed to the reception of archy and mehitabel as comic characters — which, of course, they are, and that implies no contradiction. 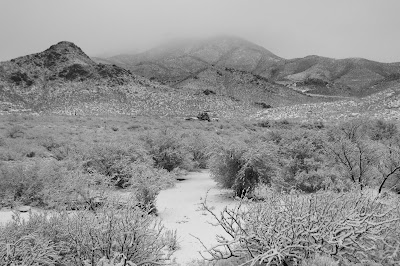 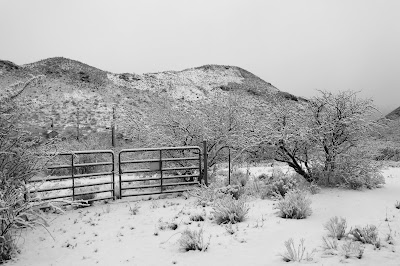 As I said at the beginning, though, I was up early, reading, while darkness still surrounded the cabin, and when I finished my book and looked out the windows, what a surprise! We’d only been expecting a rainy day and maybe some snow up on the peaks. Instead, peaks are hidden from view, and snow blankets every twig. Snow is all around us.


wotthehell - as mehitabel would say. archy would add, in words rather than sign, exclamation mark 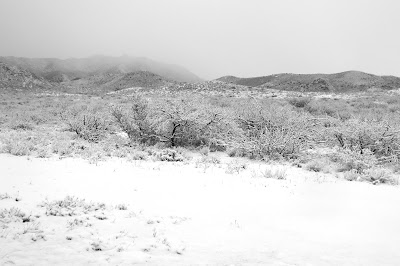 Have always loved archly and mehitabel, and canMt imagine more entertaining companions for a snowy day in Arizona!

What an idyllic winter you two must relish and enjoy, even with a lovely white( (and temporary)) reminder of your Michigan home.
I recall my first exposure to Archie and Mehetabel in my late teens, when Broadway snatched it up, with (I think) Carol Channing singing in the role of Mehetabel. (I often repeated the joyful refrain of “Tujours Gai.)
(And I also remember Krazy Kat.cartoons.)

Ah, greetings, dear Julia! I didn't know about the musical version but can imagine Carol Channing in that role. How nice to hear from you! I hope you are keeping snug and warm and happy, whatever the weather!

I was keeping an eye on the Weather Channel, my middle daughter flying back to Topeka on the 30th. Winter Storm Gage was the fly in the ointment, and I was much surprised to see snow in Arizona..and way south in Arizona. Of course I thought of you Michigan people in the annual Winter cabin. Another odd snowstorm, this one angled NNE,
missed Topeka...and looks like it missed Michigan! Why do I think snow in Dos Cabezas is more exciting than snow back up home? Maybe the locals ask what it is and experienced northerners can explain,
"oh a skift of snow, c'mon up by Lake Michigan next year and see the
'real stuff'. I'll be the arid desert animals are disconcerted, if not downright confused....

Snow is more exciting to me in Arizona than in Michigan, too, BB. Probably part of my excitement is that the ground here is brown most of the winter, and part is that we never have enough to necessitate shoveling or plowing. But though Dos Cabezas is in southeast Arizona, it is also high desert and mountain country. Our elevation is almost a mile above sea level. So while the peaks of the Chiricahuas can remain snowy all winter, even our little ghost town can get the occasional dusting without the locals being confused. They love it! Well, except when they have to drive to Tucson.

No snow here - just rain. I suppose that makes us lucky.

Susan, those characters of Don Marquis are indeed good companions here. Would be anywhere, I think. Dawn, is rain better than snow? I guess it depends on what you like. Either one adds to the water table her, so either is welcome, but I think snow is prettier.