What am I doing here, anyway? 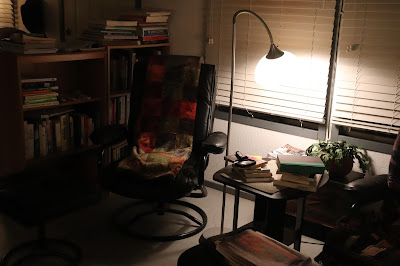 What am I doing here?

As a family or an orchestra comprises its members and a handwritten diary is composed of chronological entries, a blog is made up of chronological posts. A post is what is written and published on any particular day, and the blog consists of the entirety of its posts, from the first to the last. Since ‘posting’ is also a verb in the world of blogs, a post can also be referred to as an entry, which is legitimate usage, in that a blog is a kind of diary, although not usually added to on a daily basis (and how many people write in their diaries or journals every day, regardless of the origin of those words?).

In the early days of sailing, a ship’s log or logbook was, for one thing, a daily record of speed achieved and distance covered, as measured by how many knots passed through a sailor’s hands when a log trailing a knotted rope was thrown from the stern of the ship. (Hence the speed of a boat recorded in knots rather than in miles.) The captain’s log, however, also included important information on crew, passengers, and cargo; routes, ports, and destination; weather; sightings; damage, maintenance, repairs; unusual occurrences; etc. With its daily and sometimes hourly entries, the log provided essential information not only to captains on board but also, later, to the owners of sailing ships. In the longer and larger scheme of things, geographers and cartographers learned much about the world and its seas from ships’ logs.

Nowadays sailors often keep logs electronically (samples online provide models and templates), although handsomely bound blank books remain available for the purpose and would probably be the choice of those adventurers hoping eventually to publish writing of their travels. In any case, keeping a record, whether handwritten or electronic, of a boat or ship’s positions and travels is mandatory, like the flight logbook kept by air pilots, and in both cases details are crucial.

No one is obligated, unless by some condition of employment, to maintain a blog, however, and very few of us who do post daily. As the origins of the term indicate, posts reside online rather than in handwritten pages, although more than one blogger keeps electronic files on a personal device. Ephemeral in one sense, in another sense blogs seem to take on a life of their own, with old posts often remaining online long after their authors have moved on to new lives or, in some cases, even died.

The first blog I followed was written by a woman I had not yet met at the time but who lived only about ten miles from me. We have since become acquainted in person. Another I discovered (and followed for as long as the blogger kept it) was written in French by a young Chinese woman, a university student from the countryside who eventually earned her master’s degree in French and went to work in the wine industry in China. I learned a lot about China from her blog, both city life and country life. Her parents were my son's age!

Yet another blogger, a librarian, was a collector of children’s books and caregiver for his elderly parents, and posts on his blog, “Collecting Children’s Books,” stayed close to his subject for the most part, but after a while he joined Facebook and posted more personal stories from his life there, while at the same time keeping up his book blog. News of Peter's unexpected death was announced by his brother on the blogger’s Facebook page, and from the outpouring of grief and condolences there I know I am not the only one who misses the years when he was posting to his blog and sharing his life and its concerns to a limited public on both venues. It all felt very personal. He was a friend I never met.

Which reminds me of another way that blogs are different from log books, diaries, and journals: they can be, via reader comments and blogger replies, interactive. Conversations can take place in the space of a blog. This doesn’t seem to happen as often as it did formerly, now that more and less demanding social media have proliferated, but when it does it can be delightful.

Of course some blogs, like podcasts, are short-lived. The daughter of an old friend of mine is a podcaster, and from her I learn that only about half of podcasts have any kind of extended life, while slightly over a quarter of them never go past the initial foray. But that is hardly different from anything else in life – learning a musical instrument, taking up a sport, starting a business or a novel. Maintaining enthusiasm for something over the long haul can be tough. And sometimes other enthusiasms come along and take precedence, and there’s nothing wrong with that.

A blog can be personal or commercial or some mix of the two. It can be private and readable only by subscription, perhaps restricted to family members, but most are public and available to anyone who stumbles upon them. In the beginning, part of my own first blog’s stated mission (I have a few lesser blogs where I post other sorts of interests) was to provide year-round connection between my bookstore and my bookstore customers, many of whom visited Northport only for a week or two in the summer, but by now, in its fifteenth year, Books in Northport has taken many unexpected turns and often has nothing at all to do with either books or Northport. Friends back home in northern Michigan and farther afield seem to appreciate my road trip stories, and everyone, it seems, loves the dog tales.

Quite frankly, my artist husband and I have never been gifted at what these days is called monetizing, and sharper, more savvy participants in the online world would probably consider my blogging (in the unlikely event they gave it any thought) a rather pointless waste of time. I’m not selling anything here, and it isn’t as if I’m writing a book (and why am I not?), so why bother?

I don’t have a good answer. It’s what I do – at least, it’s some of what I do. This is the fifteenth year I’ve been blogging, and, like keeping a journal (which I’ve been doing for over a year now), like writing letters (which I’ve done all my life), it is a habit. It’s also my ongoing “Kilroy was here” statement, and it allows me to look back occasionally and revisit thoughts and impressions of my earlier self. So it has at least that personal, private value, and I keep at it. What more can I say? 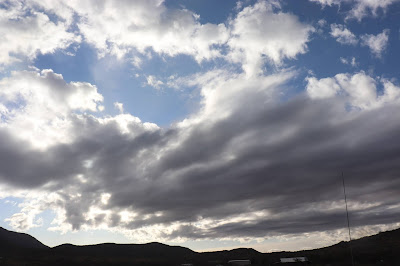 Log-like entry: This morning I’m out in southeastern Arizona, in the high desert, in the ghost town of Dos Cabezas, nearing the end of my “seasonal retirement” until winter comes around again. High winds have been blowing for days, kicking up dust storms from the playa in the Sulphur Springs Valley. Summer birds have returned, and migrating species are passing through. There are clouds in the sky at 6:30 a.m., but rain would be a miracle, although we need rain desperately. 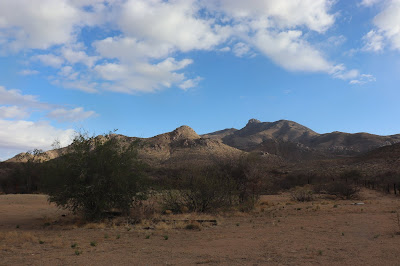 Soon I will get dressed and go outdoors with my dog, little Peasy, the “dog with issues” (I may post more about those issues soon), and maybe we will scare up a cottontail or two. Later I’ll go to town to do laundry and post this entry to my blog. That’s how my morning looks so far. And a few weeks from now the Artist and I will return to northern Michigan, where I will re-open Dog Ears Books for the season, and the Artist will happily re-inhabit his studio and gallery, and the two of us will spend many hours mowing grass around our old farmhouse, because in June that task admits of little pause. In other words, we will move our life's base of operations from one ancient seabed to another, from the basin and range region of the Southwest to the Great Lakes shoreline. 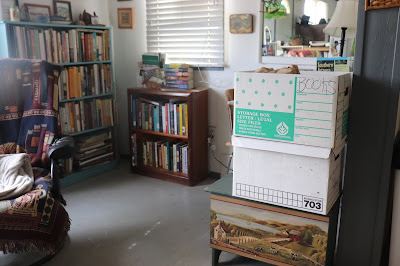 We won’t always be here, any of us, “here” being far from a singular place as life’s hours fly by, but we’re here now. We’re alive. I’m here in the ghost town this morning, very much alive, and grateful for my present companions in life’s journey. 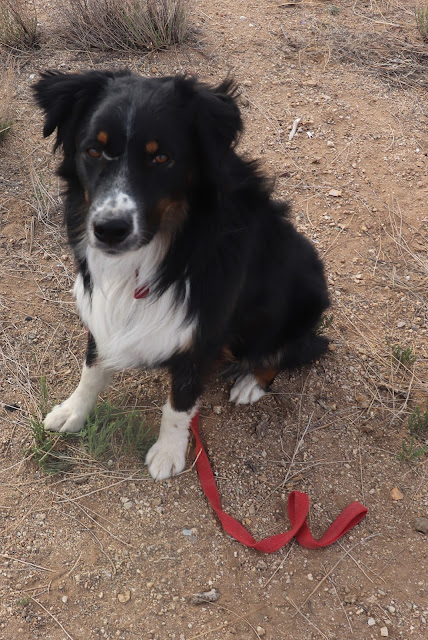 I find myself feeling a large dose of “What am I doing here anyway?” as we crawl out of the pandemic into spring.. “I am here now and grateful “ seems to be a pretty good answer! Looking forward to seeing you soon!

Hi, Barbara. Crawling into spring is a good description! One happy report since I wrote this post is that we did get a little rain on Tuesday night. Nowhere near enough but better than no rain at all. See you soon! xxxooo

Pamela! I love your word origin stories! THAT’s what you are here for! To tell us things! Most interesting things, too: My father and his brother were on boats in the Rhode Island Sound their whole lives, but only now do I learn where ‘knots’ come from! Maybe I would have learned that, but I escaped at 18 and, HiHo, soon after, we met! I DO understand your answer about “being here and being grateful”, and that rings true to me, also. Thanks for telling about other bloggers, especially Peter, who sadly is not with us now. In a few weeks you and the Artist will be in your other life, so different from the ghost town. We also are going off to Brownstone Brooklyn from High-Rise São Paulo, being there and being grateful for sure. I look forward to hearing about you, Dog Ears Books, Northport and its people and events!

Ch-ch-ch-changes! Not always easy, but we asked for this topsy-turviness, didn't we? Let me know how yours goes, and I'll give you the scoop on ours.

Another blogger I miss hearing from is Gerry Sell, whose Torch Lake Views I read eagerly: https://torchlakeviews.com
Gerry, where are you???