What Happened Before Labor Day? 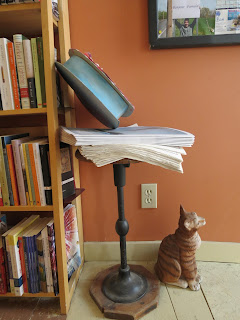 For one thing, the bookstore cat acquired a name. I’ve had the cat for twenty years, a gift from one of my younger sisters, but no one had ever asked its name before. Now a little girl asked, and I had to admit I had never named the cat. I asked her if she would like to name it and what she thought would be a good name. Right away she said, “Kangaroo!” So now Kitty Kangaroo is second-in command store mascot – second, of course, to Sarah the dog, or, as one friend calls her (remembering when we first brought the puppy home and tried out different names), Sarah-Forever. 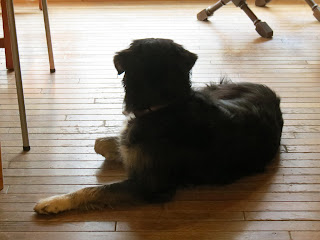 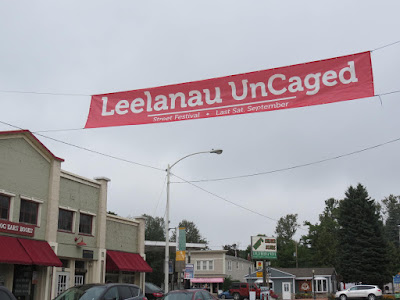 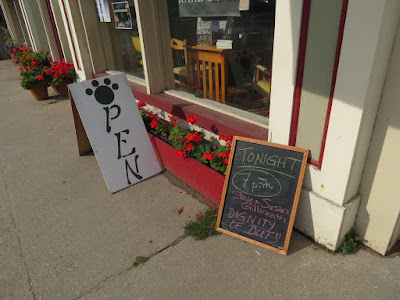 But the big last hurrah for the bookstore summer season was the September 3 evening event with Susan Gilbreath Lane and one of her three brothers, Steve Gilbreath of Northport. It is their great-grandfather’s journals, telling of his military experiences from 1861 (beginning in the Civil War) to 1898 that were recently published by the Pritzker Military Museum and Library in Chicago, as part of Pritzker’s “Citizen Soldier” series, as Dignity of Duty: Journals of Erasmus Corwin Gilbreath, 1861-1898. The family did not even know of the existence of these journals until Susan found them, by chance, as she was doing genealogical research among her grandfather’s papers donated to the Detroit Public Library. One audience member summed up what Susan called her “dumb luck” in a memorable nutshell expression: “You hit the genealogical jackpot!”

And that’s not all. Not only did the family now have a record of thirty-seven years of their ancestor’s life, but Erasmus Corwin Gilbreath, to the good fortune of all involved, was an educated and very lively writer, so that his eyewitness accounts of many famous battles and of life on the American frontier have a vivid immediacy for any reader. Here is a striking passage from early in the book, to give a flavor of Gilbreath’s writing style:

Night came upon the scene with a pale moon. Its silvery light seemed paler in light of the burning Congress. She burned slowly, and for hours the flames seemed to be playing with the huge vessel whose hull stood forth so massive and black.

Now a tongue of flame would spring from her portholes and spin up the long ropes to the furled sails. A spar would fall or a sail unfurled by the fire would fall over the side on fire. Again a great tongue of flame would spring aloft as the deck burned through, or a burning mast would fall. And during all this mournful conflagration, as all the guns were shotted, the fire would ignite the charge and some gun would fire sending a ball up or down the river. So slowly and almost regularly did these explosions occur that they seemed like signals of distress or that the noble vessel was firing her own death knell.

Susan told the story of finding the journals and how they came to be published by Pritzker, and then she and Steve took turns reading short passages. There were questions from the audience before we adjourned to give Susan, who edited her great-grandfather’s journals, a chance to sign books for purchasers. 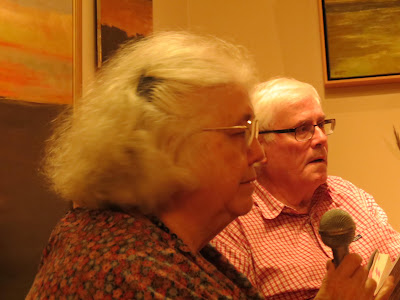 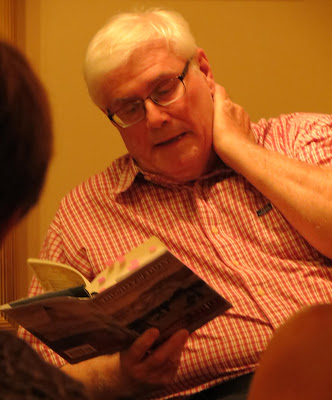 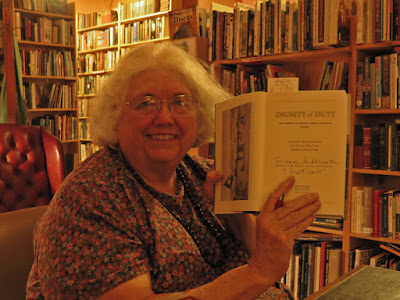 Steve and Lauran Gilbreath have been Northport residents for 22 years. The morning following the bookstore event, Susan Lane and her husband closed on a house of their own in Leelanau Township. What a wonderful way to wrap up an event-filled bookstore summer! Dog Ears Books truly is Leelanau Township’s local bookstore!

What a summer! Thank you to all our loyal bookstore customers for making our events successful! 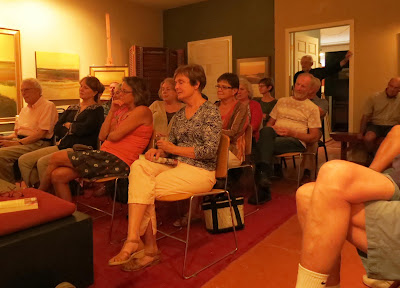