I am the books I have read and the music that has moved me. 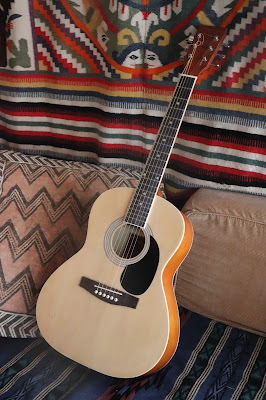 The Artist and I watched a movie on DVD the other night, a combination documentary/interview/concert called “Leonard Cohen: I am Your Man,” and although many of the songs and the performers covering them were unfamiliar to us both, the songs touched my core. They were of my era, and I felt as I do whenever I hear the songs of Bob Dylan or Joan Baez or (to a somewhat lesser degree) Joanie Mitchell, to name only a few.

There are so many Dylan songs that carry me back to days of pre-adulthood that I cannot single out one, because whichever one I’m hearing in any moment does the job: “Spanish Boots of Spanish Leather,” “Blowing in the Wind,” “It’s All Over Now, Baby Blue,” “The Ballad of Hattie Carroll,” “When the Ship- Comes In,” “The Times They Are -Changin” – anything. For years, I told David I wanted mourners (I assume mourners)  to sing “When the Ship Comes In” at my funeral. “No one would know the words,” he said every time. But such a song of triumph!

As for Leonard Cohen, whom I recognize in hindsight as the epitome of sexy cool, I caught few of his songs (other than the iconic "Suzanne") when they first came out, but – as I say – it didn’t matter that I was hearing the words for the first time in the movie, because the mood and meaning were very familiar, being of my era. “Everybody Knows” was something I already knew. “The Tower of Song” made me say “Yes, yes!” because “paying my rent in the tower of song” echoes the Artist’s and my phrase, “He paid his rent in the Universe,” which is another way of saying that someone “got his work done,” in the sense that we understood what our work meant in the Sixties. Our work was what was important for us to do. It's what we most hope, perhaps, that people will one day say of us.

The books of my life make up another story, different and more varied in tone. They go back to Wind in the Willows and The Black Stallion, The Diary of Anne Frank, A Tree Grows in Brooklyn, through Parnassus on Wheels, Shanty-Boat, The Last Time I Saw Paris, Waiting for the Morning Train, to The Amazing Adventures of Kavalier and Clay, South of Superior, Once Upon a River – and I’m leaving out so many! I have written of all these books at least once, some more than once, so will not repeat myself here but only say that books and songs are what I feel have formed me. I remember earlier years of my life, friends and boyfriends, all of them are connected to books and songs: books given, books received and shared, songs played on jukeboxes or listened to on road trips.

This May 24th is Bob Dylan’s 80th birthday – “Astonishingly,” the Guardian begins. It is astonishing to those of us who first fell in love with Dylan when we were 17. The Guardian piece is really good. You should read it. Anyway, happy birthday, Bobby. With you, we are forever young, full of hope, determined to make a better world. 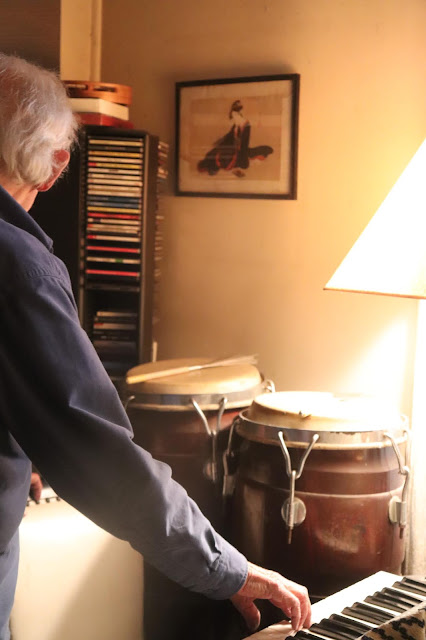 Music and books! Yes, I DO agree that they formed many images when I listened and read them. Joan Baez was an early one for me, then in my era also was Joni Mitchell, who I admired for her lyrics, her piano playing and her sighing way of singing. I saw that Bob Dylan turned 80! Was all his music so long ago? I guess so! I liked his big hits, but Carole King, her interesting piano, and James Taylor pulled my attention. I remember we two sang those old jazz standards, and some nice blues tunes, too. Good memories. Thanks for them, dear friend! (More on books...in a bit!)

Well, this post WOULD resonate with you, dear musician friend! Oh, and yes, those old jazz standards the trio and quartet played. Those were good times for us, weren't they?