Where Did YOU Go to High School -- and When? 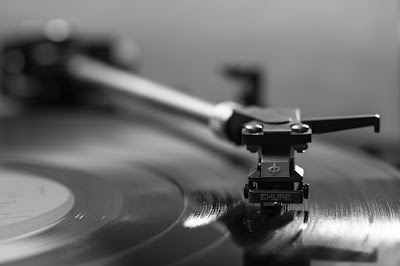 “I don’t think I want to go to high school,” I finally confess to my mother as we sit at the kitchen table two nights before school starts. She’s in a pretty good mood, so it seems like the right time to bring it up.

My mother stubs out an L&M 100 in the hubcap-sized ashtray we keep in the kitchen. I make a note that it’s due to be emptied. She looks at me, exhaling the last pull of smoke almost away from me, but not really. “Excuse me, what did you say?”


Literary critics call a novel like Beautiful Music a Bildungsroman. The term a combination of the German word Bildung, meaning "education," and Roman, meaning "novel." So a "bildungsroman" is a novel that deals with the main character’s formative years, especially psychological development and moral education. Here in the U.S. we generally call these books “coming-of-age” novels.

In Beautiful Music we meet Danny Yzemski and his parents shortly before Danny begins high school (didn’t you know he wouldn’t get out of it that easily?), and as we read we travel with him along his particular, sometimes frightening and occasionally exhilarating, path through 1970s urban adolescence.

Danny has not been looking forward to high school. He’s not even excited about learning to drive and would have postponed getting behind the wheel indefinitely, if not for his father’s insistence. In fact, Danny might have been content to hide away in the basement forever building his model cars, if he’d had his way. High school — well, that’s an obstacle course of dangers and pitfalls.

At school, I master the art of not being seen. Even though I’m not so tall and slightly wide, I’m very good at working my way through all the different kids in the hallways without making any contact. While I’m weaving through the halls, the other kids are only blurs to me — white blurs, black blurs (more every day), pretty blurs who see right through me, smart blurs who I work the hardest to avoid. I bend my body, weave and wiggle between them, like walking between raindrops, taking care to never touch or look at anyone. If I brush anyone at all, that’s a point against me in my head. Touching or being seen also makes me more vulnerable to the mean blurs who torment kids like me. That’s why it’s best to keep moving. The faster I walk, the less they see of me. I’m a bat, flying low through the halls, using my sonar to find the spaces between the other kids….

Danny’s parents do not have the happiest marriage in Detroit, but they are together, and his father looks after his pretty obviously depressed and alcoholic wife as best he can. And both of them love Danny, which is a big plus. But it’s the boy and his father who are close buddies, without having to put their closeness into sentimental words — and that makes his father’s sudden and unexpected death all the more traumatic for Danny, already feeling at sea in his transition from boy to man.

What saves his life, basically, is music, though I’ll leave the what and how of it for you to discover in reading the novel. And seventies rock doesn’t solve every problem or answer every question. It certainly make Danny’s mother stop drinking or bring his father back to life. But it does give him a reason to get out of the basement. Something to hang onto. Eventually, it opens a few doors for him into the larger world.

Sometimes Danny uses music to stop thinking, but he’s too smart to cut off his thoughts altogether, and one of the theories he develops has to do with bad dreams. Parents, he reasons, “build a bubble around you” and tell you that a bad dream is “just a bad dream, nothing to worry about…,” instead of what he now thinks it is, “your own creeping awareness that you … are going to die.” He wonders how childhood might be different if adults didn’t distract kids with “tooth fairies and Easter Bunnies and Santa Clauses” but told them the real truth about the world.

That people do bad things. They beat you up. They say horrible mean words to each other, even when there doesn’t seem to be much difference between them. That dads don’t wake up and moms stop taking care of you and start going crazy. That nothing is going to turn out like you think.

Even if a young person were told these truths, though, hearing the statements would not be living the experiences — surviving, becoming stronger, and finding a way through to a reasonably happy and fulfilling adulthood in an imperfect world. At the end of Beautiful Music, although for his sake we wish his path were easier, we think Danny is going to do all right.

The music of the Seventies grounds and surrounds the story. It is the friendliest part, for him, of the world Danny inhabits. More than that, it is his salvation. The uneasiness of race relations in that decade of Detroit’s history is mostly in the background, except for a few incidents, but then, Danny’s life has been very quiet and protected and narrow until his father’s death — he has never had a date and doesn’t hang out with a “crowd” — so for me the fact that he doesn’t dwell more deeply on racial issues is just part and parcel of where he is in his growing up. He’s an adolescent white male, a loner who has lost his father, and he is naturally preoccupied with his own personal problems.

Only once time did the narrator’s language depart from what I thought a high school boy like Danny would naturally use. The use of the term “cross-stitching” (or was it “cross-stitched”?) stuck out in one sentence. But that was all. On every other page I believed every word came from a teenage boy, albeit it one who is something of a “nerd.”

Beautiful Music is a novel for adults, but I can also see it being read and enjoyed by teen readers, especially those interested in “what the Seventies were like.” It wasn’t even my era (I was a Sixties teen) and have never lived in Detroit, but Zadoorian made the era and the protagonist come alive for me.

Michael Zadoorian will be my Thursday Evening Author on August 8, when I look forward to meeting him and hope you will be able to join us. 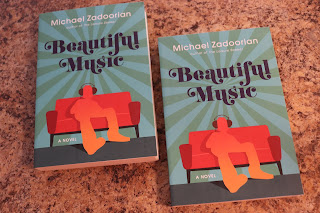