A Bookish Look Back: In Defense of Lists

Conversation in the bookstore occasionally turns to the question of lists. The question, more specifically, is: “Do you keep lists of the books you’ve read?” I did not always do so but have now for quite a while, because it’s just too embarrassing to be a bookseller and be unable to remember the title of a book or name of an author one wants to recommend! This morning I looked back at my first list and see that I began the practice in 2009, about 15 months after my first post on “Books in Northport.”

Since I have been a re-reader almost as long as I’ve been a reader, there are old, familiar names of favorite authors on that list from 2009: Alexander McCall Smith, Farley Mowat, Georges Simenon, Louis Slobodkin, Elizabeth Enright, Isaac Bashevis Singer, Barbara Ehrenreich, Alfred Kazin, and Annie Dillard are there, and so are Michigan’s Mardi Link and Jim Harrison and Bonnie Jo Campbell. James Joyce’s Ulysses is on the list, telling me that 2009 must have been the inaugural year of a little reading circle that will discuss pre-World War I Vienna this July.

Novels Forever Island and Allapatah, by Patrick Smith, remind me that we spent a couple of late winter months that year in Aripeka, Florida. Bleak House, by Charles Dickens, is on the list, and I recall my grudging reluctance before that thick volume with the forbidding title — taken on only at the bidding of another book group to which I belonged for a couple of years — and my subsequent delight in the story and gratitude to the friend who had urged it on the group. U.P. Hedrick’s Land of the Crooked Tree was a book the Artist and I read aloud to each other, transporting ourselves nightly from the Florida Gulf Coast to the America’s other “Third Coast,” that of the Great Lakes. Which is third and which is fourth? I’ll leave that quarrel to others.

It was in 2009 that I read Lisa Genova’s brilliant novel, Still Alice, a book I have not (yet) re-read but one that remains vivid in my mind for the way the author manages to convey the confusions of Alzheimer’s disease from the viewpoint not of a family member but of the sufferer herself. I also read Doug Stanton’s extraordinary Horse Soldiers: The Extraordinary Story of a Band of U.S. Soldiers Who Rode to Victory in Afghanistan, the images Doug’s writing conjured up in my head much clearer still, at ten years remove, than those from the movie version of the book.

I read Harrison’s In Search of Small Gods, which came out that year. There would be still more poetry from Jim following that collection, for we had Jim among us (in a literary sense, although he no longer lived in Michigan) for several more years.

A few classics stand out: Turgenev’s Fathers and Sons; The Count of Monte Cristo, by Dumas (the Artist’s favorite story when he was a young man); Stendahl’s Le Rouge et Le Noir (not at all what I expected), all first readings for me; as well as the careful group re-reading of Joyce’s Ulysses. There were several books about dogs, both fiction and nonfiction (Sarah was still very much a puppy then), and one about a woman’s pioneer experience in the American West, a theme that has recurred in subsequent lists. I read Year of Wonders, by Geraldine Brooks — and went on to read three more novels by Brooks in subsequent years. I read J. B. Priestley’s English Journey (1934) for the first time and have re-read it since. I rediscovered with great pleasure a favorite from my adolescence, Mrs. Mike.

Besides serving as a record, my “Books Read” lists for each year take me back to where I was at that time in my life, vicarious experiences from books, always, blending with the experiences of my “real” life. Thus titles from 2009 take me back to Aripeka, Florida; to Sarah’s young-dog days; to the beginnings of one book group and the memory of another no longer active; to first acquaintances and deepening friendships with various Michigan writers; and to Sunny Schwartz with her Dreams from the Monster Factory and Rebecca K. O’Connor’s Lift: A Memoir. With Schwartz I met incarcerated men looking for redemption; with O’Connor I flew hawks! And there was Gustav Niebuhr, who urged me (and other readers, of course) to go Beyond Tolerance in building bridges with Americans of different faiths and opinions.

Most of the titles on my list from ten years ago stir memories. A few, I admit, leave me blank. I see a certain title and ask myself what the book was about, and I may never remember, but it’s also possible that I’ll run across the book again someday and a little light will turn on to illuminate some dark corridor of memory.

In general, my life is not organized enough to qualify as compulsive, and much of what I thought of (or tried to ingrain in myself) as habit has fallen away over the years, but my “Books Read” lists have acquired increased value to me as time has gone by, and I am very glad to have them. They are like photo albums or like physical books lined up on my shelves, a harvest of pleasure and learning it would be painful to lose. 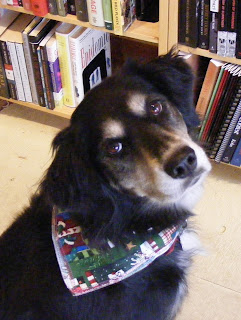