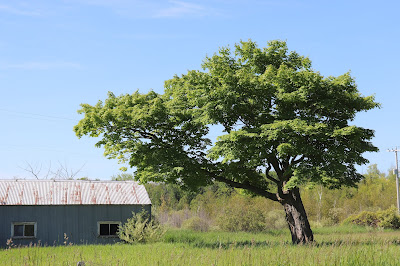 There as many kinds of readers as there are kinds of people and as many different ways to sort them into groups, too. Today I’m thinking of the preferences readers exhibit when it comes to new vs. old books. Some want only new releases and disdain anything old, while others restrict their reading to works on “classics” list, the older the better, and find nothing worthwhile in current literature. Some seek only books fresh and crisp from publisher or distributor, while others may prefer rich leather-bound volumes or even content themselves with dog-eared paperbacks, as long as they can find a book that has passed through the hands of various owners. Many are the happy approaches to building a personal library!

Personally, I can never rule out a book simply on the basis of its age or even its condition. That beat-up paperback volume of Darwin’s Voyage of the Beagle that accompanied me across the Great Plains and prairies of the continent on our spring odyssey home to Michigan from the Southwest conveniently broke along its spine into two separate pieces, halving the bulk I needed to carry — first the first half, and then the second as I progressed through the book — in and out of the car and at various stopping places along our route. A large, handsomely bound Voyage would not have suited my traveling needs nearly as well. When at last, home again, I finished with the story, I made the two halves fast together with a rubber band and set the whole aside for a friend, having promised it to her as a hand-me-down. I hope she appreciates its condition suits her as well as it suited me. 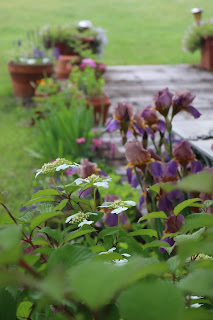 On the other hand, every year sees the advent of wonderful new titles, and I wouldn’t want to miss a treasure simply because it wasn’t available in an old form. It’s always a holiday when Dan the UPS man arrives with a new book order from my distributor. A box of books to open! Though I made out the order myself, when the box arrives I am as excited as if I hadn’t been expecting it. And then, sometimes, a new book comes “over the transom,” as it were. Do you know that expression? Does it bring an image to your mind?

Two recent book discoveries have brightened my reading life, if I can call “discoveries” what it was my good fortune to encounter when not even searching. One was a new book, the other old.

Flesh and Stones: Field Notes From a Finite World, by Jan Shoemaker, came to me as an inscribed gift from the author after she visited my bookstore for the first time. Ms. Shoemaker (coincidentally, the same last name as a writer friend I have known for several years now) writes personal essays, and as essays are a favorite genre of mine, and as the book came to me as an unexpected gift, I was eager to begin reading, and her book, I’m happy to say, pleasantly exceeded my hopes and expectations. Many of the the writer’s experiences will be familiar to other women in our general age range, but she brings a depth of reflection and a writerly sensibility such that every piece is gracefully and thoughtfully achieved. A trip to shop for bras with and for her aging mother, who in need of constant care due to Alzheimer’s, offers Shoemaker a startling vision:

I glimpsed the web of my future in the straps and clasps of that impossible bra. Who is less capable than I am of working any apparatus? I have never walked, by my own wits, through a turnstile in any city subway. Where does the token go? I can’t replace an ink cartridge, hang a picture evenly, or reset the clock in my car to daylight saving time. I can just barely manage a bra myself. All those loops and hooks — it’s like playing cat’s cradle just getting dressed. It was no wonder I was crabby when my mom asked where her parents were, why I winced when she whispered, “Am I an orphan?”

Will you be surprised to learn that I ordered copies of Flesh and Stones for my bookstore? Icing on the cake: Shoemaker lives in Okemos, so she’s another Michigan writer I can happily support. 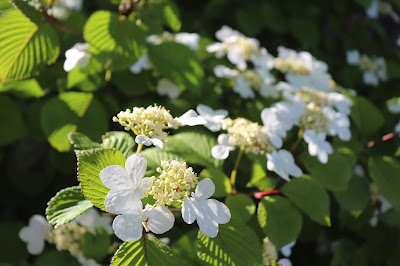 On one of my bookshelves at home I found a slim little paperback I’d apparently begun long ago and set aside during a busy season, so long ago that I had no memory of the pages leading up to my bookmark. So it was fortuitous, this second coming into my life of Where Nests the Water Hen, by the Canadian writer Gabrielle Roy, the author’s charming story of the Tousignants, a large, happy French Canadian family residing on an island in northern Manitoba. The mother is a particularly engaging personality. Here is Luzina coming home from a trip she makes away from home roughly once a year, happy with the success of her journey and grateful to the driver carrying her toward home:

When they were tired of talking, they rested by reflecting on the pleasant things that had been said. Her life, at the only times when she could give it much thought, while she was jolting along on her travels, seemed truly wonderful….

Abe Zlutkin [her driver] took advantage of an interval when the road was a trifle less slippery to show her a photo of his wife. It portrayed a plump young Jewish woman of dark complexion. Abe bethought himself that he loved her dearly. For a moment the business he was in such a hurry to transact ceased tormenting him. Such was Luzina’s power. She disposed people to become aware that they had reasons for being happy.

It is not at all irrelevant to my delight in these two books that both authors describe settings in detail, Shoemaker her natural surroundings wherever she travels as well as at home, Roy the familiar habitat of her native Manitoba. That means a lot to me in much of my reading for pleasure.

Here is another snippet from Jan Shoemaker:

…If you climb behind Olson Waterfall in Michigan’s Upper Peninsula, you hear the brash staccato of water vaulting before your glistening face into a big half-kettle hollowed from shelves of sandstone. Later, retracing your steps below fifty-foot ledges of mossy rock, you pick up the slippery vowels of its creek, chuckling over pebbles and fallen limbs.

And from the wilds of northern Manitoba, in the words of Gabrielle Roy:

Hippolyte … went off to take a stroll along the shore of the Big Water Hen. At its middle the river ran free; outside the current it was encumbered with sedges. They spread everywhere, gaining ground from year to year, just as did the crops elsewhere, the tilth, the forest — a country really made for the birds. Each year they came from the depths of Florida, two thousand miles as a bird flies, hastening and following a cunning course in order to reach this sure asylum! Perhaps more than two thousand miles! The mother birds must have remembered the water which came halfway up the length of the rushes. Here were the finest hiding-places in the world in which to have their ducklings when they first began to swim….

Two very different books -- one fiction, one nonfiction -- set in two different north American countries, one in Manitoba’s remote North, the other in Michigan’s most populated corner. Both beautifully written by women with a strong sense of character and of place, and it was only by serendipity that their paths crossed as they came into my early summer reading life this year.

May you have similar good reading fortune! And remember that the best way to find these surprises is to put yourself in a promising environment.... 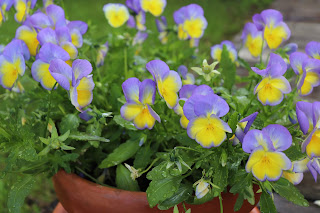