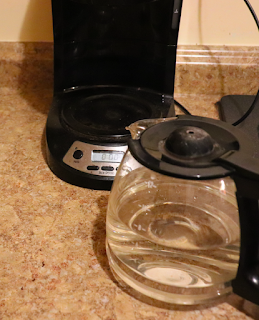 Stepping back into my Paris kitchen in our old northern Michigan farmhouse after several months far away was no big adjustment, any more than had been walking back into the one-room ghost town cabin in mid-December. Neither place is fancy or glamorous, which is probably why both feel like home. And that is how they are alike, but in other ways they are very different.

My little kitchen in Michigan is a small galley, what one of my family members calls a “one-butt kitchen,”  which is why I began calling it a Paris kitchen in the first place. (Space is at a premium in Paris.) A second person can squeeze in, but it is difficult then for either person to move and work freely. — Well, moving and working are difficult, moving and working freely impossible.

In the ghost town kitchen, there are steps to take across open space between stove and counter, sink and refrigerator. In my (Michigan) Paris kitchen, standing at one counter, I turn turn 180 degrees to face the sink, turn back and take a single step to the stove, and stretch an arm out to open the refrigerator. Only high shelves are a challenge. Everything else is within reach.

In the ghost town cabin, as in Michigan, I was often up before dark or, when spring arrived, at least by first light. Both places, my morning begins with making coffee. 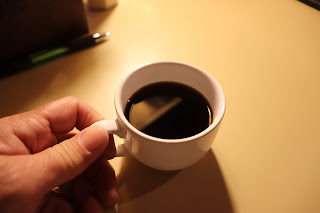 This morning, for some reason, I thought of long-ago mornings in Paris, France, waking to the cooing and fluttering of pigeons, clink of spoons against china, and sounds of French conversation and singing through the open windows. That was in May, and I am now in May here, in northern Michigan. Is that what reminded me of the rue de Vaugirard and dear Hélène, the landlady who became a cherished friend? She, I remember now, made only instant coffee. (Does that seem strange?) Red wine she bought in bulk and kept a bottle filled for me on my shelf in her refrigerator. Her kitchen was somewhat larger than mine here in the farmhouse, but it was not large enough for a table, and our eating and drinking was all done in the apartment’s largest room, a combination parlor/dining room, the walls crowded with crowded bookshelves and an eclectic assortment of art work, courtyard window sill lined with herbs in pots.

The largest kitchen I have ever had was in my graduate student apartment in Champaign, Illinois. It was an old sleeping porch on the third floor of an enormous Victorian house at the opposite end of a large city park from the downtown shopping district. Once a month, on the day I got my graduate assistant paycheck, I would get off the bus downtown and treat myself to fresh flowers from a little jewel of a florist shop (much like similar shops in Paris, France), next picking up a baguette from an Italian restaurant and bakery on my walk home, cutting through the park. My sleeping porch kitchen was enormous and filled with light. Also, and despite its generous size, because it was on the third floor and there were mature trees right outside the window, it felt like living in a treehouse.

I was alone then, without even a dog until — but that is another story. My point is that, living alone in Champaign, a single pot of French press coffee was enough to get my day started. Later in the morning, out in the world, near campus, I could stop in at a coffee house (say, the Daily Grind) or, toward the end of the long pay period when funds were running low, the basement cafeteria of the Newman Center. All that was a lifetime ago. Two dogs ago.

The ghost town coffee maker, one we bought new in early 2018, made the first pot of the morning quickly. During its operation I had time for a routine of yoga stretches but never enough time to become impatient.

Here in Michigan, in my little Paris kitchen, our equally modern but aging coffee maker takes its sweet time, even after a day-long ritual cleaning. Sometimes, not wanting to wait for the glass to fill, I pull it out ahead of time and pour a premature cup — always too strong, but the addition of hot milk makes it café au lait, thus more palatable. This morning another idea occurs to me, however, and I hunt through cupboards until I find a pair of seldom-used espresso cups and saucers.

Yesterday I came to the last page of Darwin’s Voyage of the Beagle, beginning at bedtime a Swedish novel recommended by a friend, Bear Town, by Fredrik Backman. I am generally careful what I choose to read before sleep, and so I saved for morning another book brought by another friend, a book of nonfiction by poet Carolyn Forché entitled What You Have Heard Is True: A Memoir of Witness and Resistance, a story of modern-day El Salvador. That story begins with one I have heard before: the seizure of indigenous people’s lands for the cultivation of cash crops, profits reaped by the cultural thieves. In this case, the first such crops were indigo and sugar cane, as the campesinos were pushed up into the mountains. Then came the realization that the mountain slopes were perfect for coffee plantations.

I get up and go to the freezer to look at the bag of coffee beans. The contents are claimed to be “eco-friendly,” but I see no mention of here of “fair trade,” and I remember that when my sister gave me the bag (we were visiting sister and brother-in-law on our way back to Michigan), she commented that it wasn’t what she usually buys. I remember too a piece in the latest New York Review of Books discussing slavery in the United States and quoting William Lloyd Garrison, who wrote that slavery was “not a southern, but a national institution, involving the North as well as the South,” and I recall one of my guest authors in the 2018 Thursday Evening Author series at my bookstore, Rachel May, the woman who wrote American Quilt: Unfolding a Story of Family and Slavery, who came on her own to the same conclusion as she researched a piece of material culture.

My original review of Rachel May’s book is here. One of the questions I note that May asked was how we, the United States, came to be where we are today, in terms of race relations. I think of that this morning because Carolyn Forché’s book seeks to answer, among other questions, how we Americans came to be where we are today in relation to Latin America, especially Central America. We cannot understand why so many refugees are streaming north to our borders without realizing what they are fleeing — and if we understand the role of our own government in creating the intolerable situations in their native countries, we cannot help feeling as responsible for their lives as we feel for the lives of our fellow United States citizens.

When a Salvadoran man with two young daughters showed up at her door and said he had come because she was a poet, Forché had no idea that a few days later he would invite her to spend her poetry fellowship time and money by coming to spend time in his country. He said that war was coming to El Salvador and it was her chance to see something like Vietnam from the very beginning. Besides, he asked, what else did she have in mind? “Write poetry about yourself for the rest of your life?”

What are we going to do for the rest of our days on earth? What are we going to challenge ourselves to learn, and how might what we learn change our lives? It takes courage to learn and even more courage to change. I am not unmindful of the strong coffee that accompanies my reading this morning. I’m thinking of this year’s garden, also, and wondering how it would go if I dropped seeds of corn, beans, and squash into little hills surrounded by straw mulch from last year’s gale garden — a natural thought, given my morning’s reading. 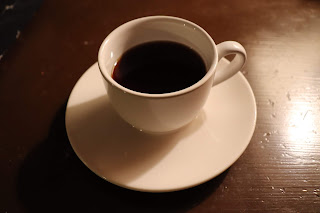 I recently talked to a woman I'd met only recently and we discussed - what are we going to do with the rest of our lives? How can we best make a positive impact in the time we have left? It's an important question to think about and discuss.

Sure is, Deborah, and Kathleen Stocking may have some ideas for us when she is my TEA guest on Thursday, July 11.