Sometimes (even in seasonal retirement) Nature Says, “Slow Down!” 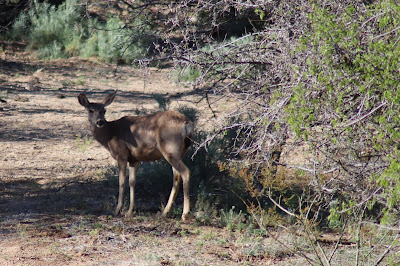 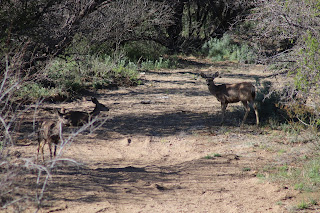 There’s an old joke about death, to the effect that it’s Nature’s way of telling you to slow down. Our days are hardly hectic during seasonal retirement, but they do begin early for me, and they can often be tiring. I felt empathy for the mule deer on Sunday afternoon when they were taking shelter from sun and wind in the shade of the dry wash behind the cabin, gathering their strength for the summer’s work ahead of them. The challenges of winter lie behind us, the challenges of summer lie ahead! 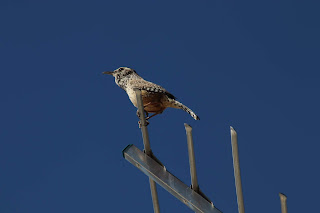 Here in the high desert, I’m generally up at “first light” or before, and the cactus wren doesn’t begin singing (if you can call it that) until the sun is up. Like chickadees in northern Michigan, the cactus wren is a faithful companion through snow, rain, and sunshine. a year-round resident here in Dos Cabezas and the state bird of Arizona, a charming, cheerful neighbor even if his so-called singing “suggests someone cranking the motor on an older car, trying to get it started.” That description comes from Richard Cachor Taylor in his book, Birds of Southeastern Arizona, the same book in which he describes the canyon towhee, another little desert pal of mine, as “the most confiding towhee, often under cars, picnic tables, and farm machinery in rural areas.” 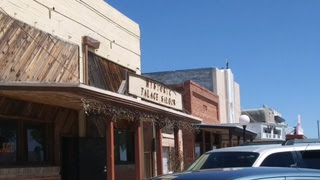 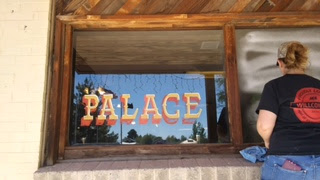 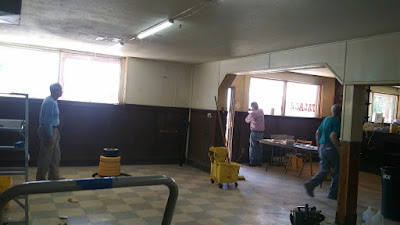 Last Saturday morning I finally took the plunge (at the eleventh hour, it's true) into local community service. A group of volunteers for the Willcox Historic Theatre and Arts group assembled at the Historic Palace Saloon, just a few doors down from the Historic Willcox Theatre, along what the Artist and I call “Old Town” Willcox, to clean up the old saloon in preparation for painting and renovation. Future Studio 128 events (we attended two lectures and a concert this year) will be held in the larger space when renovation is complete. I’d mentally committed myself to two hours, and that turned out to be about all I could handle: climbing up and down a ladder, standing on a ladder, scrubbing walls by reaching up over my head — all good cardiac exercise, right? Right! 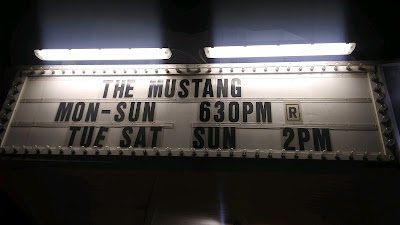 We were back in Old Town that evening to see “The Mustang,” a film by actor-screenwriter-director Laure de Clermont-Tonnerre, who is now a member of my personal pantheon of heroes. I won’t say “The Mustang” is a perfect film. It is not flawless. But it attempts so much and achieves so much and does it so very, very powerfully that the Artist and I were nearly stunned when it finished. I'm not even going to begin to try to describe this movie. Just go see it! 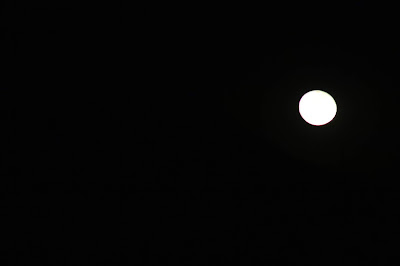 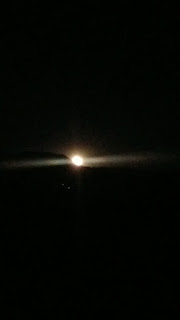 And then, driving back out into the mountains on Hwy 186, suddenly a colossal light appeared on the horizon! What unthinkably huge vehicle — or UFO? — must be approaching from the distant east to cast such binding light into the sky? Then it broke over the mountain — and it was the moon, just past full but looking more enormous than any rising moon either of us could remembering seeing, and I’m sorry I couldn’t capture the experience with my camera but have only this very ordinary image to share, because the vision was overwhelming at the time.

What a day! Physical work, great movie, unforgettable moonrise! What next?

Well, our neighbor and my walking/hiking partner Therese and I had a plan for Easter Sunday. Neighbor Dan was bringing his family from Tucson, and his son and daughter always climbed the big hill (or small mountain, if you will) across the road to the cross planted on top years ago (or so the story goes) by an itinerant monk. Therese wasn’t sure where to find the beginning of the path up, so we wanted to join the young people. After our Echo Canyon Loop hike, I had serious doubts about my being able to reach the summit and said only that I would “see how far I can get.” Saturday had also been a very warm day, so I’d been thinking that 5:45 a.m. would be a good time to begin the ascent. But by 8 a.m. there was still no sign of Dan and his family.

“I’m relieved!” the Artist said frankly. “I worried about it all night. You’re in pretty good shape for your age, but what if you fell and broke your hip? What would we do?”

We agreed that shotgun and backhoe would be in order, should that catastrophe occur. Ha-ha. Therese and I were, I think, half-disappointed and half-relieved. 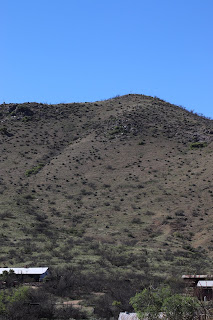 Then the neighbor family arrived, and the athletic 30-year-old, by himself, sprinted up the mountain! He made the climb in 22 minutes! Look to the right and see the height of the climb relative to the houses below.

In the photo below, you can see the young man just to the left of the cross. Twenty-two minutes -- I could never have made it! 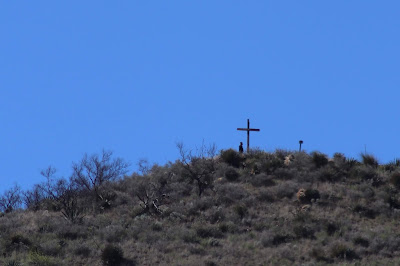 “He’s a running fool,” his dad said proudly later in the day, when he brought plates of Mexican fried chicken, potato salad, and beans over for for us for “a little snack to have later.” This was after we had brushed and clipped and bathed Sarah, always an exhausting project — which is why it’s not done more often. 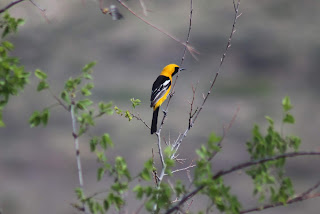 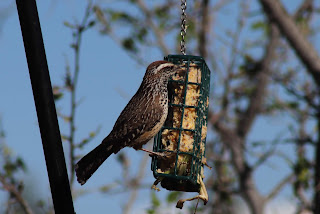 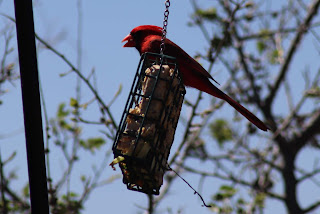 Alas for an evening of bird-watching! Nature’s message to me was not as blunt as death, I’m happy to say, but came in the milder form of migraine. (Good thing I didn't attempt that hill climb, eh?) I ate a little chicken and beans and staggered off to bed, pulling the blankets over my head but leaving the rest of me out to catch the breeze through the window. When the Artist told me there were mule deer in the wash, I had to get up to see them, but I didn’t stay up long, and I backed out of a Monday morning walk plan, too.

The sun is lovely, and light is life, but there are times when listening to Nature’s message and one’s own body is just common sense. We only have one week left here, and there’s no sense crashing and burning now. It’s going to be a busy summer back in Michigan…. 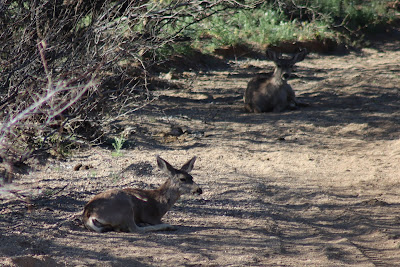 Have so loved these missives! But we're all looking forward to having you back in Northport!

Thanks, Barbara. It will be great to see everyone in Northport again!