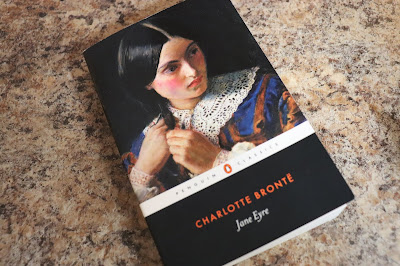 Wealth and family connections. Chronic mistreatment of vulnerable children. The despising of the poor by those comfortably well off. Institutional life in place of home life for the poor. Lessons in “humility” and “gratitude” to those warned to keep their “place.” -- But even in that place, flickers of kindness and opportunities to better herself. Leading to — independence, and then, in her new position, an unexpected sense of home and feelings of respect and love. -- But the veil is torn away and reality revealed, followed by the direst poverty, hunger, situational homelessness. Dangers to the homeless are real, while those with homes perceive threats from the homeless. Of course, the story does not end there....

The character of Jane Eyre herself as well as her story were something quite new to English literature. What a difference from the world of Pride and Prejudice we find in Jane Eyre! And I say this as someone who loves the novels of Jane Austen.

But in Jane Austen’s England and the class to which the Bennett daughters were born, a young woman’s only respectable end was marriage. “Independence” was a disgrace, if not a scandal, depending on how it was achieved — or, rather, “independence” was defined only by wealth, and so brought about by the right kind of marriage. Class distinctions were paramount. Servants were invisible. “Sensibility,” the name given to overwrought passion given free rein by the wrong kinds of reading in Sense and Sensibility, could lead to nothing good.

Then along came the mystery author “Curran Bell” (Charlotte Bronte’s nom de plume), with her passionate little orphan, Jane, with her innate sense of justice. Revolutionary! I ask my women friends, whose life rings truer to yours in its essentials, that of Eliza Bennett or that of Jane Eyre?

Does the child deserve ill treatment? She is dependent on an aunt by marriage who detests her, as do the three children who are her blood first cousins. You would think that tie would mean more, but Jane’s mother was sister to the cousins’ father, so they are cousins by a female relative — and one who, moreover, married beneath her station. The brother could forgive, but his wife could not, and their children have no love for their cousin. The 14-year-old boy is particularly cruel and despicable, telling little Jane that she “ought to beg, and not to live here with gentlemen’s children like us, and eat the same meals we do, and wear clothes at our mamma’s expense.” Jane’s mother’s sin had been to marry a poor curate, against her family’s wishes. Her punishment was to be disinherited by her grandfather. Jane’s parents dying of typhus (her father contracted the illness while visiting those poorer than himself, in pursuit of his calling), her uncle adopted her — and loved her — but then he also died. Family wealth is not to be shared except under the most careful legal arrangements, and the daughter of a disinherited relative by marriage has no claim on the cousins’ mother beyond the promise made to her dying husband — conveniently set aside in time, the better to suit her own feelings and purposes.

Jane’s background is given quickly in the novel’s beginning. Mr. Rochester’s character and the lively relationship he comes to value in Jane is the focus of most readers and has been mine in previous readings of the novel, but this week I come to it with a different heart, with different heavy thoughts. I see the fictional aunt’s and boy cousin’s heartlessness in the first two chapters against current stories — in 2018 — of girl children accorded lesser value than their male contemporaries. Issues of poverty and wealth add another dimension. Envy, hatred, retribution -- it's all there.

The Bennett family and the mother and daughters in Sense and Sensibility are close to adulthood and their “poverty” relative only to the wealth of antecedent generations. Little Jane Eyre, on the other hand, despised by her own relatives, is daily schooled in “humility,” first in the home of those relatives and afterward in the charity school to which she is sent. She succeeds academically, however, conquers her temper, and after six years as a student is promoted to teaching in the same school. It is independence of a sort, but the scope of the school world does not satisfy her. She wants to see more, to experience more — and, still determinedly independent, she seeks and finds a position as governess.

When one of Jane Austen’s characters prepares to go out as governess, she is an object of pity to friends and to the author. For Bronte’s Jane Eyre, the position of governess is an achievement — not failure but success. In Pride and Prejudice, only the housekeeper, “Hill,” is given a name. In Mrs. Reed’s house, we know Bessie and and Abbott and Robert; in Mr. Rochester’s Thornfield, even the footman, Sam, is named. Is it a difference in the times or in the eye of an author who sees beyond social conventions? Perhaps something of both.

Jane Eyre was feared by many in its time. The novel exposed a young woman’s capacity for passion and urged moral equality, not only among various social classes but also between men and women. If Jane is elevated late in the novel by an unexpected inheritance, so is Mr. Rochester brought low by injuries sustained in the fire that destroys Thornfield. Their respective changes in fortune do not make the man the woman’s inferior, however; what is brought about is an equality of fortune to align with the moral equality Jane had claimed from the start — and which Edward Rochester could not help acknowledging and respecting, even at his most desperate.

What if, what if??? we may ask, imagining other paths the story might have taken, but Bronte shaped her novel to the characters she conceived, and so their end is not contrived but, according to the individuals they were and the circumstances of their lives, inevitable. Society is left as it was, except that readers of Jane Eyre have been given a glimpse of different values and possibilities.

Paul Krugman had an interesting opinion piece in yesterday’s New York Times. Here’s part of what he wrote in refutation of the notion that only blue color workers feel “economic anxiety” and are responsible for the current political climate:

…It’s perfectly possible for a man to lead a comfortable, indeed enviable life by any objective standard, yet be consumed with bitterness driven by status anxiety.


You might think this is impossible, that having a good job and a comfortable life would inoculate someone against envy and hatred. That is, you might think that if you knew nothing of human nature and the world.


I’ve spent my whole adult life in rarefied academic circles, where everyone has a good income and excellent working conditions. Yet I know many people in that world who are seething with resentment because they aren’t at Harvard or Yale, or who actually are at Harvard or Yale but are seething all the same because they haven’t received a Nobel Prize.


What is happening in our country today, he says (and I agree) is “not about populism." The power behind it, the money and influence behind it, come from the privileged who don’t want others to share their good fortune. 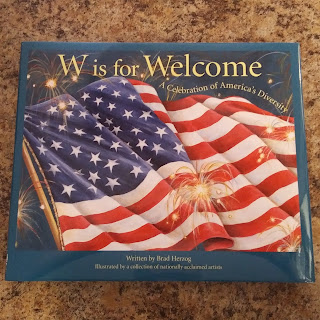 “Whenever I went out, I heard on all sides cordial salutations, and was welcomed with friendly smiles. … At this period of my life, my heart far oftener swelled with thankfulness than sank with dejection: and yet, reader, to tell you all, in the midst of this calm, this useful existence … I used to rush into strange dreams at night….  By nine o’clock the next morning I was punctually opening the school; tranquil, settled, prepared for the steady duties of the day.” - Charlotte Bronte, JANE EYRE

I'm not even separated from my true love, and still it takes that second cup of coffee every morning for me to shake the nightmares of these times.
Posted by P. J. Grath at 9:08 AM

Dear Sister, my kindle app with “Jane Eyre” is strongly calling me to curl up by a tree to read, but alas, I have some things to grade. I love reading your opinions/perspectives/take-always! You inspire me to read more, which is what I always always be doing in retirement.