To believe both A and not-A, the truth and non truth of any statement, is to believe in an impossible state of affairs, says logic. If “I am standing in the rain” is true, “I am not standing in the rain” cannot at the same time be true. Logic takes a binary approach to reality and separates the realm of fact from that of non-fact, with no wishy-washy grey areas. Is it possible to believe a contradiction? What would it take to do that?

Someone I know personally though not intimately distinguishes his life’s acquaintances as either “wonderful” or “terrible” human beings. These judgments continually astonish me me. I have been unable to determine what broad, general categories of sins or characteristics decide him to banish any particular individual into the “terrible” group, but I’ve heard enough specific examples of those to be astonished that anyone manages “wonderful” status. His is a world of angels and demons — or, we might say, the worthy and the not-worthy. I have no trouble seeing more or less goodness and badness in people, but can anyone be purely good or evil, without flaw or without some spark of goodness?

Often I think of the story (and I know I’ve written about it before, sometime in the 11 years this blog has been in existence) within Dostoevsky’s novel, The Brothers Karamazov, of St. Peter and the stingy, selfish old woman. When she dies and arrives at the pearly gates, the old woman is asked by St. Peter if she has ever, in her entire life, done a single thing for another human being. She answers that she once gave a peasant an onion. After that story is told within the novel, a character thanked for a kindness demurs, saying something like, “It was only a little onion, such a little onion.”

In certain situations, though, a little onion might make all the difference, no?

True, not true. Worthy, not worthy. What about desirable and undesirable? As Labor Day approaches, I think a lot about ambivalence. Is ambivalence a kind of contradiction existing in the realm of emotion rather than belief? To want more and at the same time not-want? To be relieved and simultaneously disappointed?

Summer’s end calls up conflicting emotions in many of us, but an emotion is not true or false. It just is. There’s no arguing with it. Sometimes we can talk ourselves out of an emotion or be talked out of one, but that only means we stop feeling a certain way, not that we never felt that way. It was, and now it isn’t. As, when the rain stops, I don’t doubt the rain of the past hour.

But can we feel satisfaction and dissatisfaction at the same time? Or does our spirit alternate, tugged first one way and then the other, between two opposing and contradictory feelings? Psychology identifies what it calls double approach-avoidance conflicts — wow! — in which two choices are presented, each with both attractive and repellent features, such that the closer we approach one decision, Choice A, the worse it looks, while the one we are tempted to reject looks better and better — until we change course, turn and approach Choice B, only to see its negative aspects more and more clearly as we get closer, while Choice A’s appeal increases with distance. An example might be moving to an exciting new place vs. staying in a familiar, comfortable home. Talk about ambivalence!

Time, however, offers us no choice. We don’t get to choose whether or not we will traverse the days and years of our lives. 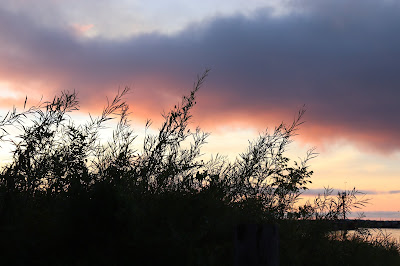 Do we want summer to end? Wish it would go on forever? Well, feel one way, feel another, feel both ways at once or in turn — it doesn’t matter. The nights turn cool, the leaves turn color. That word: turn. Turn, turn — “To every thing there is a season.” In time, there will be return. Until there isn’t.

Wonderful essaay.
The choice A, choice B discussion brought to mind the Swann's thoughts about Odette: "To think that I have wasted years of my life, that I have longed for death, that the greatest love that I have ever known has been for a woman who did not please me, who was not in my style!"

We've enjoyed so much reading about your adventures around your farmhouse and in the county, and your cooking & hospitality. Bring them back, please.

Oh my, that explains all of my ambivalence ��