Beautiful Mornings Not For Sale 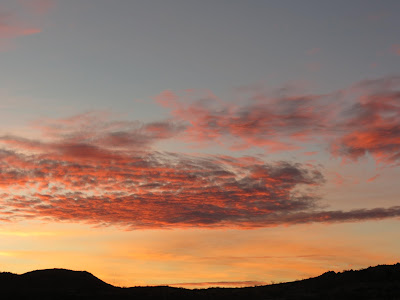 On one morning’s drive into Willcox, a song came into my head, and once it was there it stayed for several days. “Who Will Buy?” My first and unforgettable introduction to it came during a high school talent show, when a schoolmate sat alone on a stage and sang her heart out. “Who will buy this wonderful morning?” the song begins. A later verse asks, poignantly, “Who will buy this wonderful feeling?” and the song’s final, plaintive question, “What am I to do/to keep the sky so blue?” is answered only by the desperate, doomed wish: “There must be someone who will buy.”

We cannot, of course, put a beautiful morning or a wonderful feeling in a box, tie it up with ribbons, and take it out when we feel blue. We know very well that life doesn’t work that way. But having such mornings and such feelings — and remembering them — and holding onto the likelihood that they will come into one’s life again, no matter how bleak a particular present moment might appear — those are the realizations that song has always brought me. And while the idea of buying special moments and feelings is a strange one, something we know to be impossible, at the core of the absurd idea is an essential and crucial knowledge, that of value beyond price.

A friend sent me The Moth Snowstorm: Nature and Joy, by Michael McCarthy, a nonfiction book filled with sobering facts, to put it mildly: The world population of human beings doubled between 1960 and 2000, from 3 billion to 6 billion, while at the same time the world economy was multiplied by a factor of six; we have done away with fully half of the world’s rainforests; twenty percent of vertebrates are threatened with extinction; etc. We human beings have become aware of the problems created by our species, and we see what needs to be done, but our habits and desires and super-monkey ingenuity get in the way of reducing our destructive impact on the planet that is our home. Instead, our impact grows by leaps and bounds, and the natural world of which we are a part, on which we depend for our very lives, is destroyed piece by more and more enormous piece.

One argument frequently advanced to convince us to change our ways is that of “sustainable development.” It’s an idea we can understand, but it demands the sacrifice of self-interest — a tough sell. Another attempt at persuasion is the utilitarian argument, appealing to our self-interest. The second argument relies on the fact that we are dependent on nature, which implies that the value of saving our natural environment far exceeds the quick profits to be made by destroying it. But the utilitarian argument’s recognition of value requires commodifying nature and putting a price on various obviously useful aspects of it, leaving other features without defense.

Hence McCarthy’s attempt at a wholly different kind of defense of nature, an argument for protecting the air, earth, water, and living species of our world that relies unabashedly on his own personal experiences.

Joy is the feeling expressed in the song that came to my mind as we crossed the desert and drove along the edge of the playa with mountains surrounding us in every direction. Beautiful morning, wonderful feeling. Why do I love this bleak landscape so? It is nothing at all like northern Michigan, with its lush green, moist spring, and yet the same joy that lights so many of my Michigan mornings comes to me here in Arizona. Like the Great Lakes hills and shores, the desert offers a vast expanse and offers room for the spirit to expand. My Michigan eyes, drawn at home to lakes and tree-crowded horizons, here are drawn again and again to mountains. 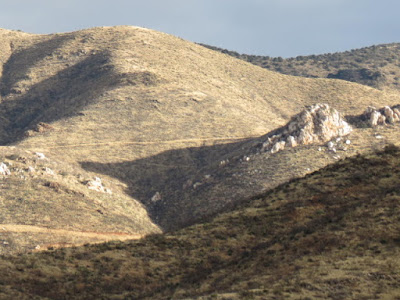 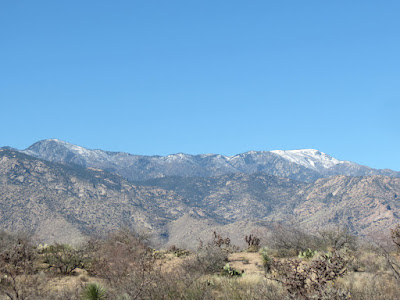 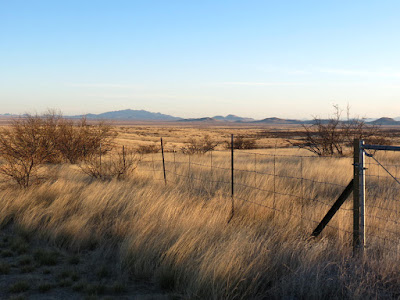 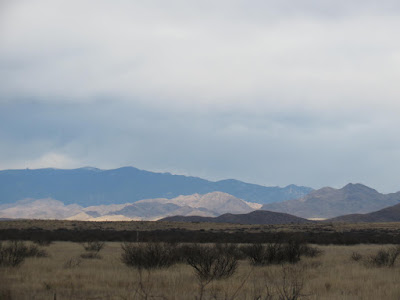 And, as happens so often in Michigan, smaller details of my desert surroundings gladden my heart. A sudden splash of color along an otherwise muted roadside — “Oh, stop! Go back! What was that?”

One day it was desert verbena, and having seen it once I look for it again and again, even as other blossoms come along to delight my eye, and even as I scour the more distant views in hopes of seeing species of the wild animal kingdom.


A group of eight to ten deer one morning surprised Sarah and me on our morning walk. (Sarah noticed them first, when one of the animals shifted position.) The group was initially only fifty or sixty feet from us, but as we turned to watch, they began moving slowly back toward the mountains, vanishing silently into the mesquite as if they had never been there at all. I kept looking, however (as did Sarah), and after a minute or two, one at a time, like a Jack-in-the-box, a deer would appear above the mesquite, as if propelled upward on springs! After the third or fourth deer-in-the-air, I realized they were jumping a barbed wire fence. No photographs of that episode in our desert morning, but it’s bright in my memory.

Another morning’s expedition, a walk around the bird-watching lake, brought another wildlife surprise when a jackrabbit ran across the road in front of us. Those ears! Wow! No time to employ the camera, not for that hare or for a second jackrabbit bounding away from the lake and into the tall grass, but seeing them was thrilling. Then there are hawks…. 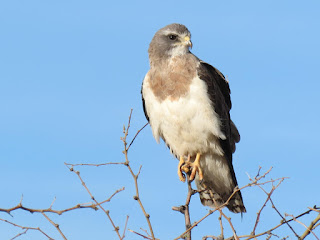 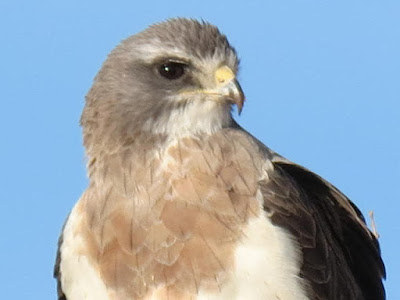 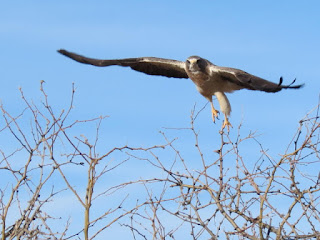 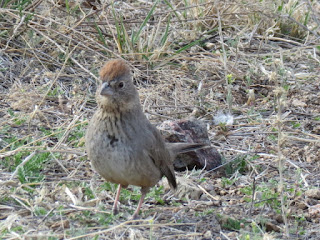 Morning or evening, hawks are easier to photograph, as they are so often to be found, like the verbena, right along the road, and just outside the back door of the ghost town cabin, the little canyon towhee is a frequent visitor. “Confiding,” one of the bird guides calls this species. I might call the bird “brave” or just plain “sensible,” as it seems to realize we pose no threat and that we can happily co-exist in close proximity, and I love to sit out in the sun with my book and camera and wait for opportunities to photograph the sweet little towhee. Such a simple pleasure feels extraordinary.

Here’s something else I’ve realized about my joy in the desert and mountains: The weather right now is as warm as any Michigan summer, but at home in the summer in Michigan, where vacationers will be relaxing on the beach, frolicking in the waves, and hiking woodsy trails, I will be spending most of my days indoors, in my bookstore. Here and now, though, I can be outdoors all day long, if I so choose — feeling the sun and breeze, soaking in the warmth, hearing and watching the birds, and generally drinking in my surroundings with all senses open to the world. It is this freedom to be out in the open spaces and to feel part of the world, rather than apart from it, that makes every ordinary day an adventure and every moment a fresh and priceless joy.

I cannot put these mornings in a box, and they cannot — thank heaven! — be bought and sold, but I will take precious memories home with me, in the words of the song, “to last my whole life through.” 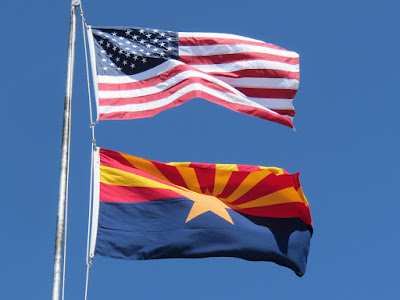 Wonderful blog Pamela! I can feel your joy in the moment. Truly something to be celebrated.

We will miss having our neighbor across the hill, but I can keep up with your mornings in your blog. Thank you both for enriching our lives in Dos Cabezas.

Thanks, Deborah and Dorothy, and special thanks to Dorothy for enlivening our season in the ghost town. It has been quite a social whirl for us -- and it isn't over yet!