Wild Children in the Woods 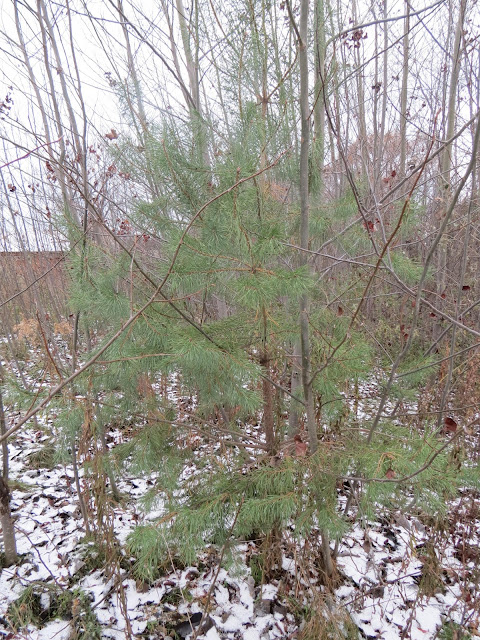 [Reminder: Tonight is the tree-lighting in Northport, after a day of merchant open houses and caroling. The horses will be pulling a decorated wagon through town, giving free rides, beginning at 3 p.m. Come and join us all day long!] 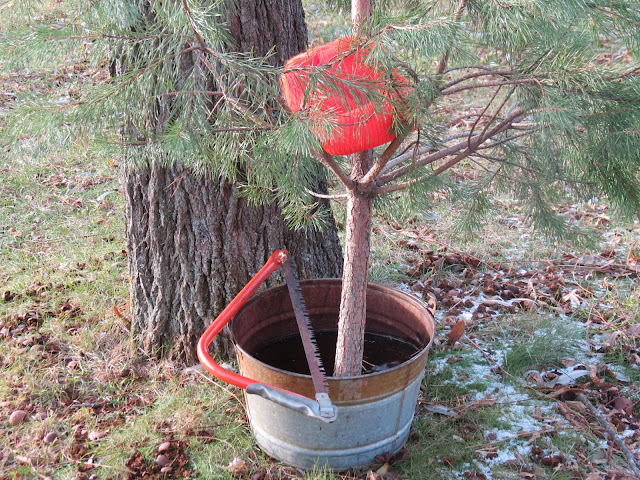 When Emily St. John Mandel wrote a post-apocalyptic novel, Station Eleven, she presented readers neither with a totalitarian, police-run urban world nor a barren desert in which gangs of young men, all looking like pirates, miraculously found fuel enough to roar endlessly through empty lands on fantastic vehicles powered by internal combustion engines. Instead, when the infrastructure of civilization collapses in Station Eleven (subsequent to a global pandemic), survivors, of necessity, fall back on old ways. A troupe of Shakespearean players, for instance, roves from one isolated rural community to another (cities having become uninhabitable), hunting and foraging and preparing food over open fires.

In two more recent novels, also by women — one set in England and the other in the Upper Peninsula of Michigan — the modern world has not (yet) collapsed but is seen by pivotal characters as something to escape.

Fiona Mozley’s Elmet tells of a father who moves his two motherless children to the woods, where he builds a house intended to last forever, long after he himself is gone, although they are only squatters on the land. His children are a boyish adolescent girl, given to brooding silences like his own, and a fey, girlish boy, the narrator of the story.

We kept on with our silly childhood games long after we were much too old. Our copse provided the materials we needed and an undulant terrain in which to run and hide. In another world we might have grown up faster, but this was our strange, sylvan otherworld, so we did not. And that, after all, was why Daddy had moved us here. He wanted to keep us separate, in ourselves, apart from the world. He wished to give us a chance of living our own lives, he said.

The father hitherto had made his living with muscles and intimidating size. He fought with bare knuckles in illegal bouts “far from gymnasiums and auditoriums where the money could be big…,” bouts arranged by toughs and travelers (gypsies). The money stakes ran high, and other stakes were even higher: sometimes his opponent did not survive. Thanks to his reputation, he was also hired from time to time by men with great wealth and few scruples to intimidate debtors slow in settling up. But he longs to escape a life of crime and fighting, a life he can live without having to grub for money, and in the woods is the freedom he covets for himself and wants to provide for his children.

We realize early in the story — not only from the confusing, dreamlike opening scene, from which the rest of the story is told as flashback, but also from interactions between characters and our own knowledge of the greater world — that the father’s hopes for the family’s future are destined to fail. The question is only when and how and how spectacularly the failure will come upon them. 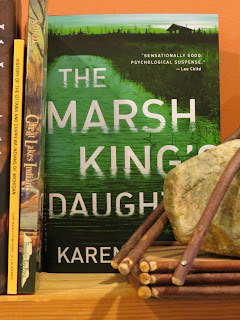 The Marsh King’s Daughter, by Karen Dionne, is a survivalist tale set in motion by violent crime. The father of the narrator has abducted a 14-year-old girl, subsequently his captive for years in wilderness isolation. When she becomes pregnant and gives birth, their daughter is thus a product of rape, and even as the kidnapped adolescent grows older, with a child of her own to protect, fear of her captor’s mercurial temper and sadistic nature keeps her submissive to him.

I can see now that the reason my mother was indifferent toward me is because she never bonded with me. She was too young, too sick in the days immediately after I was born, too scared and lonely and collapsed in on herself from her own pain and misery to see me. Sometimes when a baby is born in similar circumstances, she gives her mother a reason to keep going. This wasn’t true of me. Thank God I had my father.

The daughter’s relationship to her father is complex. She both fears and adores him. She hates his brutality toward her mother (whose small lapses in judgment or skill are rewarded with beatings) and is terrified of the punishments she herself sometimes receives (often when least expected), but at the same time she cannot get enough time outdoors with him, learning wilderness survival skills while her silent, distant cipher of a mother stays in the cabin cooking or sewing. The father is an unpredictable and sometimes punishing idol. Nevertheless, her life depends on what he can teach her, and being with him is an escape from the claustrophobic cabin.

He’d lay out a trail for me while I was off playing or exploring, and then it would be up to me to find it and follow it while my father walked beside me and showed me all the signs I’d missed. Other times we’d walk wherever our feet took us and he’d point out interesting things as we went along. Drifts of scat. A red squirrel’s distinctive tracks. The entrance to a wood rat’s den littered with feathers and owl pellets. My father would point to a pile of droppings and ask, “Opossum or porcupine?” It’s not easy to tell the difference.

And so, long after she and her mother escape and return to “normal” life, after her father is finally captured and tried and sent to prison, after she changes her last name to escape the curiosity of anyone connecting her old name to her criminal father, and even after she marries, hiding her past from her own husband, and has two little daughters of her own — after all those years in which she realized very clearly what a cruel and crazy man her father truly was all along — when he finally escapes from prison after thirteen years, killing two guards in the process and launching a manhunt along the U.P.’s Seney Stretch, a question in her heart pushes Helena to track him down herself, as much as does her knowledge of the man and her need to keep her own daughters safe. She knows he has only laid a false trail to lead police into the Seney Wildlife Refuge, that he has undoubtedly gone in another direction. But as she tracks she can’t help also looking for signs that her father, for all his evil, loved her all along. 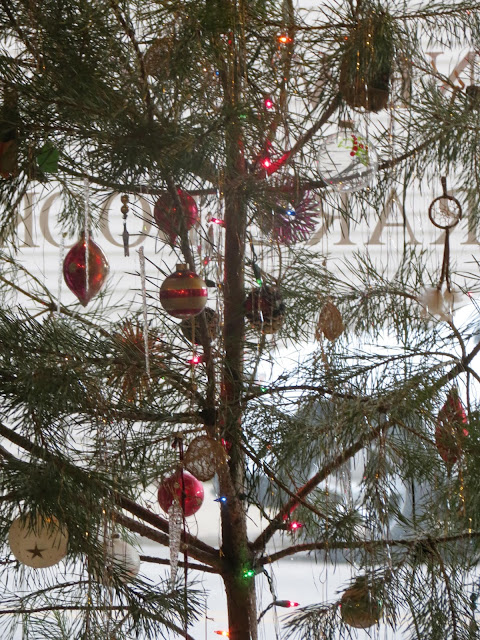 Three novels by three different women, two with Michigan settings and one with a story spooling out in England, all of them taking place, for different reasons, in wilderness. In Station Eleven and The Marsh King’s Daughter, survivalism has been imposed on the characters, in one case by global apocalypse and in the other by the crime of one man. The wanderers in Station Eleven are not fleeing civilization but hoping to find remnants of it, while Helena in The Marsh King’s Daughter comes to see her U.P. wilderness isolation itself as the trap she would escape, despite her love of the woods and its creatures and the pride she takes in knowing her way around trackless land. Helena tells us that there is plenty in civilization she could live without but that she loves electricity. Characters in Station Eleven also have nostalgia for electricity’s gifts. And yet in both cases the world of nature is described in loving detail, as something not to be entirely left behind, and it is clear that these two authors value both wilderness and civilization, seeing the drawbacks either presents in a “pure” state.

Only Elmet seems to present a desire for off-the-grid living as longing to return to the Garden. If only the world will leave them alone, we want to believe, father and children can be happy in their isolated Eden. But how likely is the world to leave them alone? Is it the very lack of ambivalence in this story that leads to the most hopeless final pages of any of the three novels?

I began writing this post wondering if women writers, if women in general, are more drawn to recreating wilderness lives. While reading The Marsh King’s Daughter, for example, I could not help thinking of Bonnie Jo Campbell’s Once Upon a River, in which a young girl sets off alone to search for her mother, living off land and water, hunting and foraging — and, again, in Michigan.  Michigan. Its very name, Michigamme, conjures up grandeur and mystery. Among those who long to retire “Up North” (or, in England, “to the country”), is it men who would bring high-tech loud toys and women who would go back to an earlier era, and is that reflected in fiction by men and women?

Or is that, as I’m sure it is, an overly simplistic binary gender division?

Certain it is, however, that men have produced reams of commentary and analysis on works by those of their gender and have developed countless theories on works written by male writers,  ignoring works of women, as if only a male sensibility could have produced those novels, so why should not women have their turn? Today, on Books in Northport, they do. 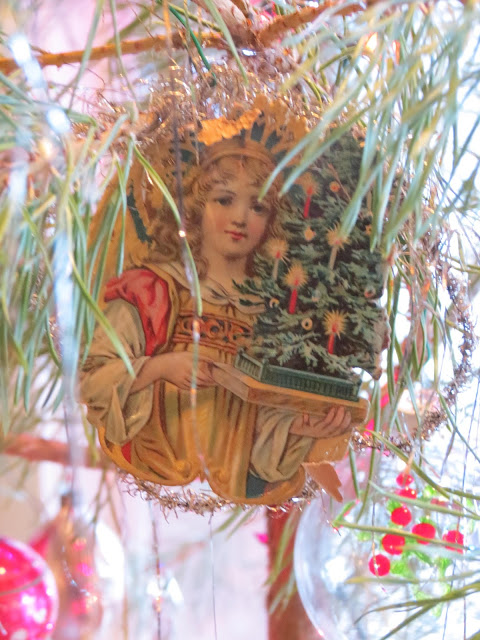