And So September Continues 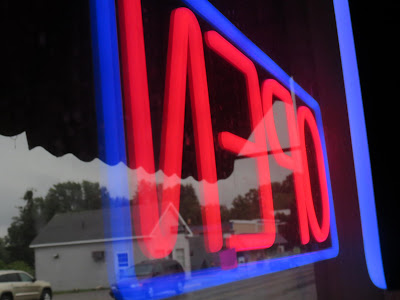 Labor Day weekend was busy. Sun, rain, company at home, many holiday-makers in Northport, meals and sleep, lots of books going to new homes, with here and there some quiet time for a dog walk or, lower on Sarah’s priority list, a short grooming session. Reading, too, of course, even if it had to happen at 3 a.m. while the rest of the world slept.

American Stranger, a novel by David Plante, came to me as an ARC from Delphinium Books. While it was enjoyable reading, I have to say I expected more. Nancy’s parents fled the Nazis in Berlin but never speak of those days. She grows up believing that her parents’ furniture came with them from Germany and only learns as an adult that they bought it all in New York. But that is the extent of the revelations from their old life. There is a vague reference to “the president” asking people what they can do for their country but no more politics than that. I understand that the novel had to do with Nancy’s life, not the life of the greater United States. Still, it seems odd that the world around her wouldn’t seep into her thoughts now and then. I would have liked to get out of the bedroom more, I guess.

From fiction I turned to another book on economics and am finding that fascinating and very, very important. I’m trying to think back to my days as an office worker at Western Michigan University and topics covered in the interdisciplinary Environmental Studies course: Did those students perhaps read Herman Daly? The first edition of Steady-State Economics came out in 1977, so it’s entirely possible. I’ll have to ask my friend who was the program advisor, but if I knew the name back then I’d forgotten it. 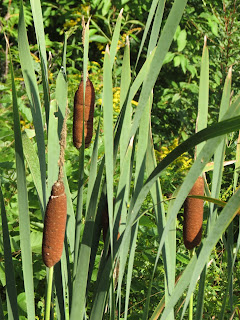 My introduction or re-introduction, whichever it was, to Herman E. Daly in the 21st century came, as does much of my environmental/scientific news, by way of Acres USA, a magazine that calls itself “The Voice of Eco-Agriculture.” With their Eco-Update and Industrial Ag Watch news sections, I keep abreast of developments that don’t necessarily make NPR or the top newspapers in the country, but another fantastic feature is the interview in every issue. (I’m trying to get the editorial people to pull a few years’ worth of interviews together into a book. I would be thrilled to have that for sale at Dog Ears!) September’s interviewee was Herman Daly himself, and I was so impressed by what he said in the magazine pages that I tracked down a few of his books.

Daly went from being a professor of economics to senior economist in the Environment Department of the World Bank. He co-founded and was associate editor of the journal Ecological Economics. As emeritus professor from the School of Economics, University of Maryland, he currently serves on the executive board of the Center for the Advancement of Steady State Economy. The essays in Steady-State Economics do not form a quick or easy read, but they are clearly written and understandable to any educated person willing to take the time.

Daly holds his opinions strongly and with good reason. In his preface to the second edition ((1991), he notes the omission of serious consideration for any works of “even remotely ‘Malthusian’” economics, including his own, by the majority of American economists who reject such theories and such works without examination. He quotes Daniel Raymond’s rejection of Malthus, Raymond who wrote simply that “the mind instinctively revolts at the conclusions....” Daly goes on:

It might be said in Mr. Raymond’s defense that one is not obliged to accept an unwanted or counterintuitive conclusion just because one cannot immediately find a logical or factual error in the argument leading to it. One might legitimately say, “I need to think about that.”

The thing is that they didn’t bother to think about it or examine it or consider it, and here Daly is stern:

[T]o refute an argument one must find either a factual error in the premises or a logical error in the reasoning. If after an extended time no such error can be found, then, contrary to Mr. Raymond’s view, one must bow to the conclusion of the argument. If the reader is annoyed with me at this point for unnecessarily reminding everyone about the elementary rules of argumentation, then I am glad. But experience has taught me that many people cannot distinguish an argument from a fulmination and are equally convinced (or unmoved) by either, depending only on whether or not the conclusion fits their established mind set.

(Is anyone else reminded here of the Heath and Heath book I brought forward recently? The well-supported contention in Switch: How to Change Things When Change Is Hard that logic is not enough, that people also need a motive to change their minds and behavior? Well, that is an important insight, but for now I only bookmark it and suggest to those who missed the earlier post to check it out.)

The one big, big, big idea underlying steady-state economics is that “the economy” (an abstraction with no clear real-world referent) is not a closed, man-made system but an open system depending on low-entropy inputs from the natural world. Human beings convert raw material matter-energy into more artifacts and more people -- we reproduce ourselves as well as adding to the world’s “stuff” -- and output waste of all kinds. Some of our waste is recyclable, but even recycling takes time, so that even recyclable waste builds up, while a lot of our waste is nothing nature is equipped to recycle at all. The goal of unending economic growth, therefore, nothing more than a recipe by which we will bury ourselves in waste and ecological disaster.

Why have most economists not seen this?

Because they are too enamored of abstract mathematical models to allow the intrusion of the biosphere into their schemes, too committed to what Daly calls (and I love his dark humor) “crackpot rigor,” “scientistic pretension,” and the “blind aping of the mechanistic methods of physics,” at the same time that they ignore the laws of thermodynamics that would alert them to natural limits.

And because no one wants the bad news. “Growth” is seen as positive for two reasons. First, it’s the basis of power for nations; second, it’s an alternative to sharing. Daly puts it pithily: “It offers the prospect of more for all with sacrifice by none....”

Take the question of American agriculture “feeding the world.”

The drive to increase agricultural productivity leads to the replacement of low-yield species by newly developed high-yield species, which results in greater homogeneity of crops, that is, in a reduction in the diversity of the genetic stock and consequently a greater vulnerability to future pest and disease mutants. The increased vulnerability of the monoculture calls for even more protection by pesticides. [GMO seeds modified to be resistant to pesticides have only accelerated this vicious upward spiral.] In addition, more inputs of fertilizer and fresh-water irrigation are required by “green revolutions,” with resulting problems of water pollution and shortage.

It isn’t only farmers whose livelihood depends on soil and sun and rain. Everyone on earth is in the lifeboat together. Look at today’s newspaper. Any day's news!

One of the reason I am so proud to sell so many used books is that these ‘artifacts’ (in Daly’s language) are still fulfilling their purpose as human artifacts, still conveying the ideas of their authors, still useful, not waste. And because I know how long books can live, when properly cared for, I feel good about selling new books, too. Here are a few places where I’ve written about questions of and books about resource use, production, “stuff,” books, etc.:

All Stuff Is Not Equal, Part I

All Stuff Is Not Equal, Part II

I Am Not a Luddite