We Came Back Early 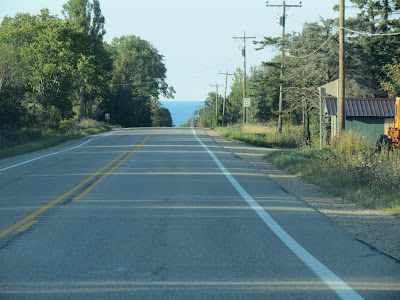 A week or so before we left, we thought of going somewhere different this September, but when the time came we were too tired for adventures, and it seemed the wiser course to steer for the Mackinac Bridge, as usual, and “do the things we always do,” as David put it.

And so our first stop was Bentley’s Cafe in St. Ignace. Nothing has changed at Bentley’s, thank heaven! The malts are as thick and delicious as ever and still served in the tall chrome container in which they’re mixed, and our Finnish waitress is as teasing and funny as the last time we were there. In a world of rapid, mind-bending, swirling storms of novelty and obsolescence, it’s reassuring to find an anchor here and there.

Another reassuring anchor over near Brevort is friend Mary Carney’s bookstore on Worth Road, First Edition, but the shop was locked, and Mary and Warren nowhere in sight. I left a note. They’d only gone out for tacos, we learned the next day, but they could have been in Petoskey, appraising a private library, for all we knew, so we missed visiting Mary’s shelves this trip.

But we stayed on Worth Road, angling back northeast (wrong direction) until an intersection presented itself and then wandered and zig-zagged pleasantly along back roads, happy to be away from truck traffic on U.S. 2, until we reached M28, the other main east-west highway, and soon we were in Seney and turning north to Grand Marais. 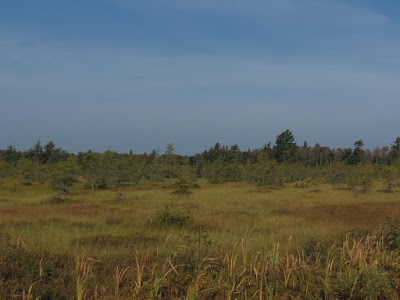 A friend of mine took her children to the U.P. once, many years ago (a trip they never repeated), and reported to me in exasperation that it was “nothing but trees!” I see it very differently, terrain and plant life changing from mile to mile, with stretches so beautiful they break my heart. Also, after decades on these same roads, David and I “see” numerous milestones along the way that are invisible to other travelers: There is the place where that beautiful trailer was for sale. Remember? There’s the shack that once had a yard sale where I bought a pair of boots. Another yard sale, there where the old motel used to be, produced a cool pair of vintage sunglasses. We spent a long, claustrophobic but memorable hour or so tucked into a two-track, right there, during a rain so hard we couldn’t see to drive -- and it was just lucky that my old truck did not break down then but waited until we reached Grand Marais! A tiny river explored with the old dog ... another river captured in one of David’s dreamlike paintings ... the rest stop where the chatty ranger held us captive with tales of his life ... another yard sale, the one where I bought a pair of bookends the old man had made himself back in high school shop class ... the two-track leading off to an old pond (dam and pond no longer there), the only place we’ve ever seen a lynx ... the stretch of road where I spotted the bear -- and would never tell the guys around the coffee table in G.M. where I’d seen it. We “see” all these memories along the way, and so the road is rich and full, and time goes quickly. 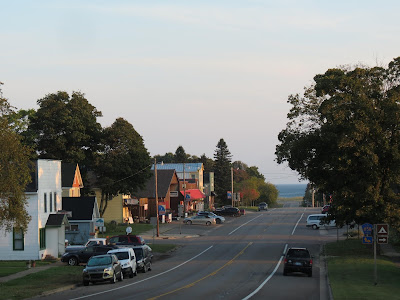 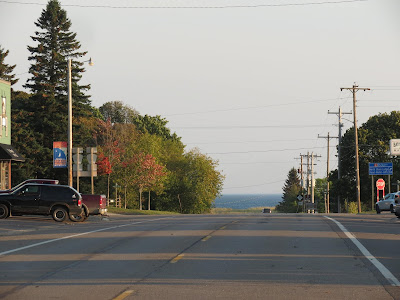 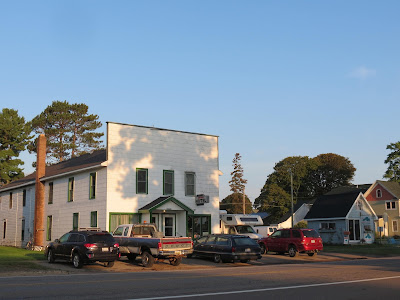 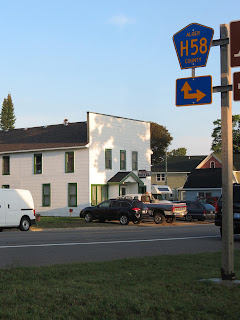 Every year we find a few changes in Grand Marais but never – so far – too many. Rick G. and Ellen are still at the West Bay Diner, and Rick C. and Mary have taken over the Superior Hotel since Bessie’s passing, and the Dunes Saloon rocks on under its new name, Lake Superior Brewing Company (but always and forever the Dunes Saloon to us). The grocery store and hardware store are still in business, bank and post office still going strong, and our picnic table out on Coast Guard Point is right where we left it, though it was too windy there for the picnic we planned the next day, and we decamped to the more sheltered shore of Grand Sable Lake, where I did not this year, emerging from a terrible head cold, go for my usual September swim. Also, the pair of birds we wanted to see as loons turned out to be cormorants. But we were not complaining. Everything that was, was as it should be. 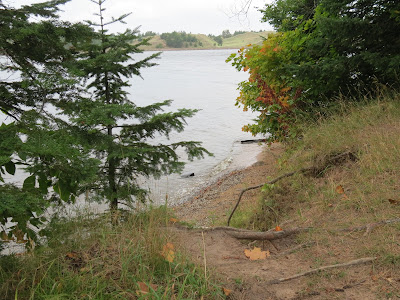 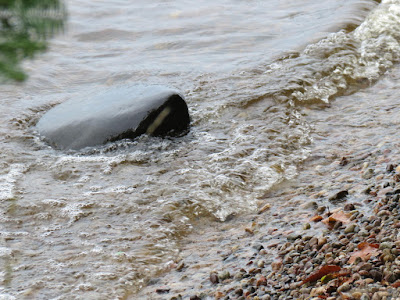 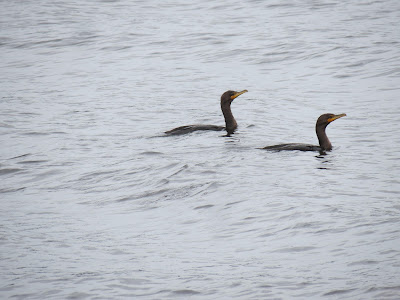 In some years past, we have made lengthy forays out from our base camp at the Superior Hotel, sometimes as far west as the Keweenaw or north all the way to Wawa, Ontario. Not this year. David was coming down with the cold from which I was emerging, and R&R was our self-prescription -- not Rest & Recreation, either, this time around so much as Rest & Recuperation. As darkness fell, David could be found taking in the Ken Burns special on Vietnam down in the hotel parlor, while I stretched out upstairs with my book. 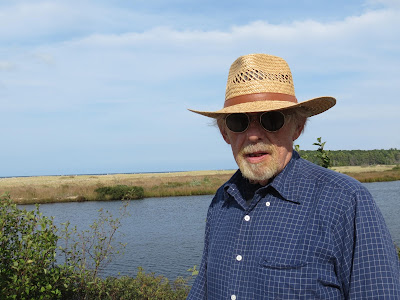 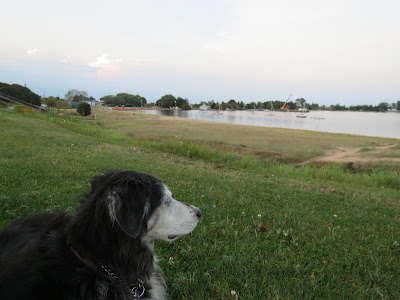 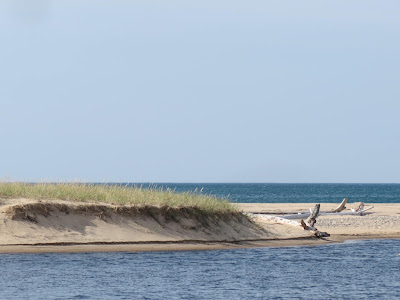 We did make one small expedition over to Munising, after fortifying ourselves with biscuits and gravy at the Diner. In the old days, before H58 was paved, taking the shoreline road to Munising was an exciting and somewhat hair-raising safari. Blowing and windblown sand between the dunes on Lake Superior and Grand Sable Lake were only the beginning. Farther into the forest, wide, rain-filled potholes awaited, sometimes stretching the width of the road, with no indication how deep they might be. Reaching the paved stretch beginning around Melstrand felt like hard-won victory! 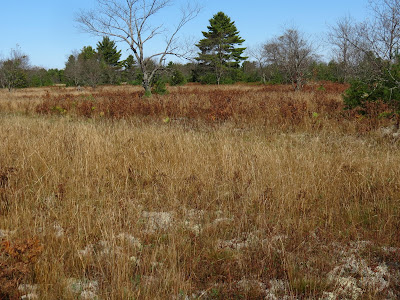 Now the road is paved all the way, and it’s smooth cruising. David loves it. My own feelings are mixed. I appreciate it, and I realize how important it is for those living and working along the Big Lake and needing to make regular trips back and forth, and yet I miss the adventure of the old road, too. Well, okay. I’m glad I have the memories of the way it used to be. Regardless of road surface, H58 still goes to Munising by way of beautiful Kingston Lake and my beloved Kingston Plains (above), and that makes me happy. 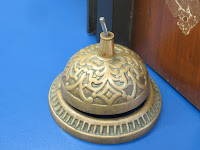 One year we took the boat cruise along the Pictured Rocks, and I always recommend it to others traveling north from Leelanau County, but our own sight-seeing in Munising this year was tamer, and it began with the post office. I thought I remembered a big W.P.A. mural. Apparently I was thinking of a different U.P. post office, but it was a happy error, because by going inside we were able to visit another W.P.A.-era instance of public art, a relief sculpture by Ohio-born artist Hugo Robus. The pleasant woman behind the counter sold me postcard stamps and gave us an information handout on the art. 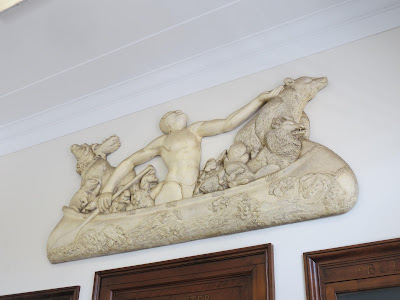 Familiar with the artist’s name, David hoped to learn more about the material and process, but the handout said nothing of that. There was one brief paragraph about the artist’s background, and the rest of the two pages explained the legend that had inspired Mr. Robus. 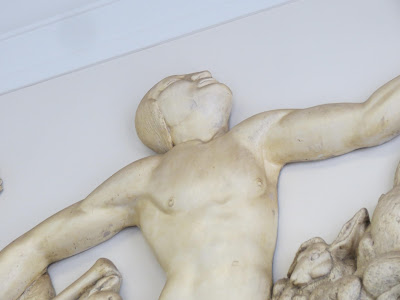 The main figure in the sculpture is the Nanabozsho, “scattering the mud which the beaver has brought up from the bottom of the lake” to create the three offshore islands, of which Grand Island, or Gitche Menesing (as Robert Wright spelled it), is the most important. Since my vacation reading was Windigo Moon, with many chapters set on Kitchi-Minissing (as Robert Downes spells it), I appreciated the art work all the more on that account, while David speculated that the material used was probably Portland cement, sealed with wax. We both liked very much the explanation of the most important animal depicted: “The beaver who succeeded in his attempt to bring mud from the lake’s bottom lies upon his side exhausted.” That beaver did look worn out! 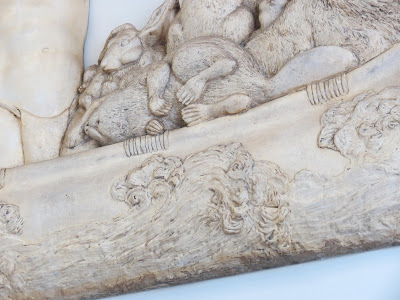 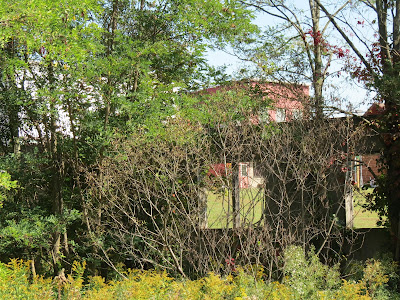 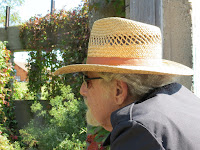 Another bit of sight-seeing perhaps peculiar to us was the roofless remains of an old building stretching back to a quiet alley. What did it used to be? What could it become? A patio restaurant and outdoor sculpture gallery? Our fevered imaginations could readily see it transformed. 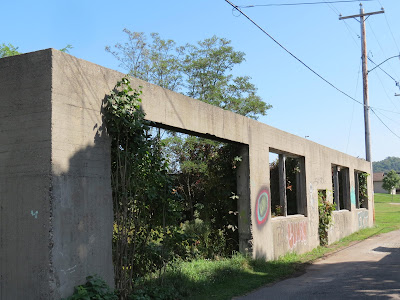 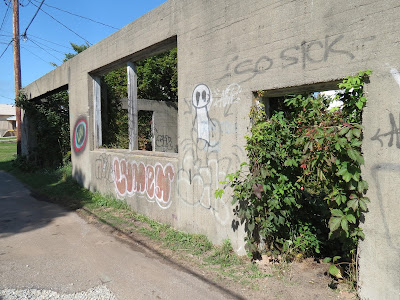 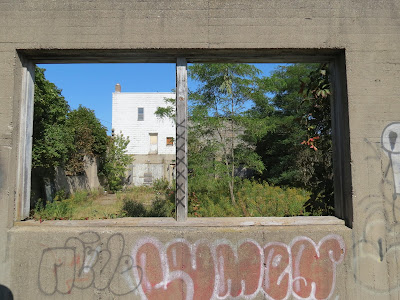 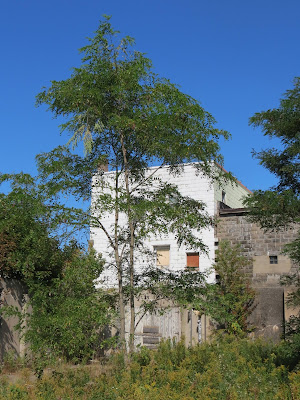 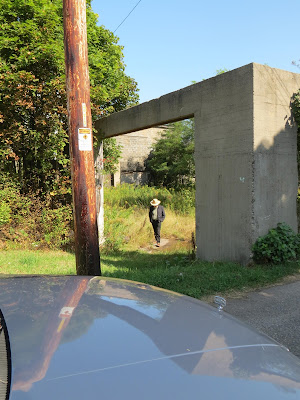 As always, for me, the little details were captivating. But, as the old Greek said, We came, we saw, we went away again. 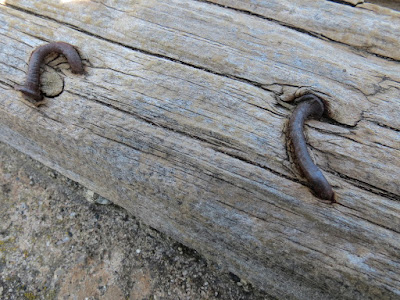 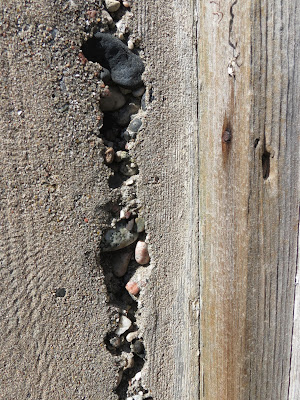 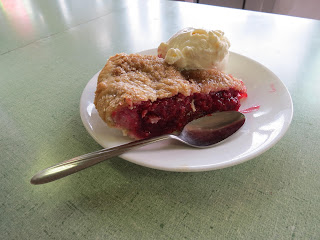 And I was happy to get back to Grand Marais before the West Bay Diner closed at 6 o’clock for a piece of Ellen’s raspberry pie and visit with her. Friday we enjoyed our third morning coffee with Rick at the hotel but agreed it felt like time to go home. A couple of pasties from Lehto’s before the Bridge made a satisfying lunch, and a quick stop to cool our traveling feet at Elk Rapids reminded us how beautiful our own home corner of Michigan is, too. 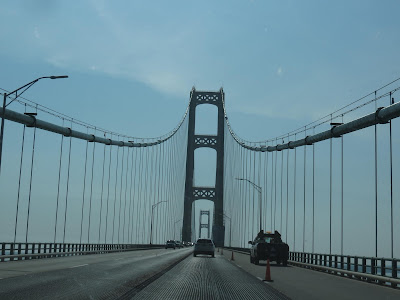 A migraine hit me that evening at home and kept me laid low all the next day, but I think it was Nature’s way of telling me, Oh, no! You are still on vacation! No going back to work this weekend! David’s cold was telling him the same thing, and the unseasonably warm temperatures underlined the warning. Okay, we’ll rest some more! We did work hard all summer, and it’s going to be a busy fall, too. 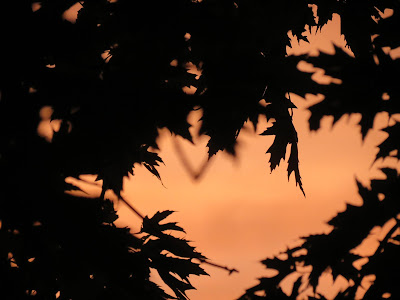 Sounds like a lovely trip. Your descriptions and photos made me feel I was right there, in the back seat. Thanks.

Welcome home. But what a lovely, peaceful trip filled with remembrances and new sights too. I'm glad you enjoyed your break.

Thanks, you guys. We did enjoy the break, as we always do, no matter the state of our health or the weather. This time we had colds and sunshine. Other times we've been in in the pink in cold rain. It doesn't matter. Home away from home. One of them....

I often re-read your blogs which I've done again this morning. I like re-visiting with you and love seeing the pictures again and again. There is always something new to see.

Thank you, Deborah! I heard from someone this morning that she always prints out my posts and shares them with family. I was surprised and flattered.