From Northport to Marrakech 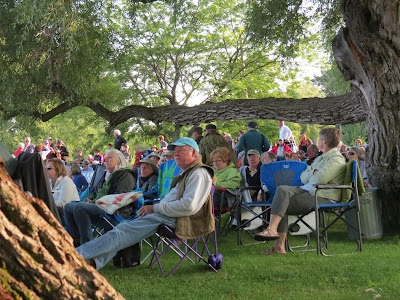 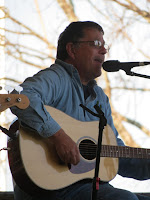 Weather was perfect on Friday for Music in the Park; the three-man band, a group called Looking Forward, played a Crosby, Stills, and Nash Tribute; and David and I were this week’s sponsors. What memories that music evoked! One particularly happy CSN song, of course, was “Marrakech Express.” Here are the originals doing that number, but the band in Northport did a rousing rendition of their own. 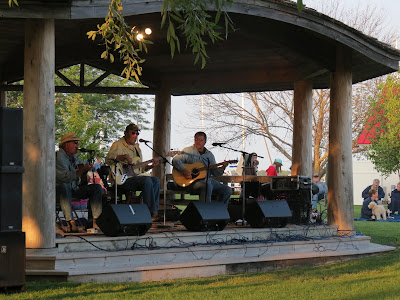 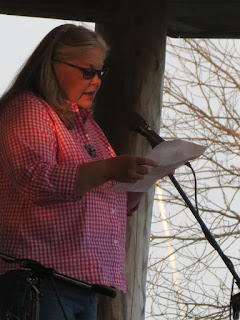 Music in the Park has been a Northport tradition for many years. (I forget how many, but I’m sure someone can remind me.) Lisa Drummond has not been the organizer since the beginning, but she has been an enthusiastic emcee for quite a while now. Even Lisa’s enthusiasm had not, however, prepared me to hear myself and my husband described as “local icons.” Wow! David, the artist, is used to being called an icon, but it’s something new to this little old bookseller. I decided I can live with the label.

Someone who has been with Music in the Park since the very beginning -- every single show -- never missed a single one -- is sound man Kent Holton. Now that is someone I call a local icon! Please, a big round of applause for Kent on sound! 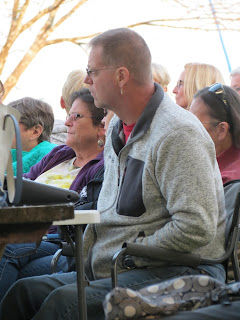 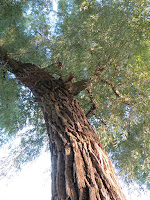 Such a relaxed, colorful evening! My roving camera eye caught all kinds of what I might call “iconic” sights -- those features that are part of every Music in the Park event and have been for years -- starting with the fact that so many of us settle into the shade of the old willows of Marina Park. The willows are monumental but natural, and it wouldn't be Music in the Park without a few kids climbing up to perch on large branches above the crowd. 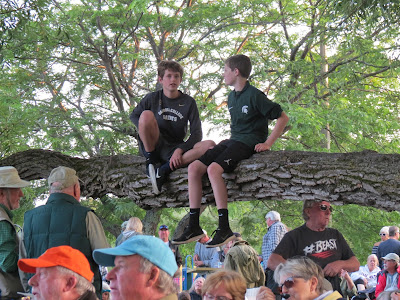 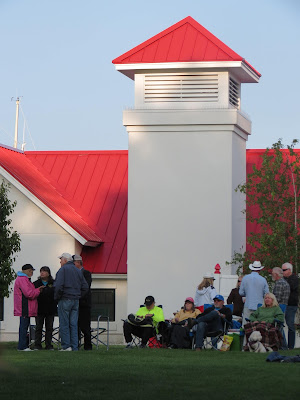 Little kids running back and forth across the grass and sometimes stopping to dance a bit in front of the band are a happy sight, and a while later grownups got up to dance, too. 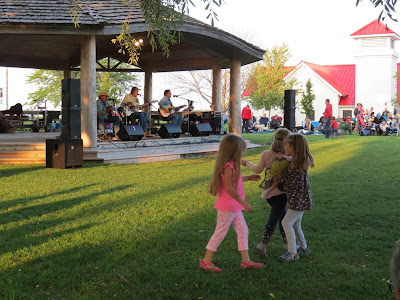 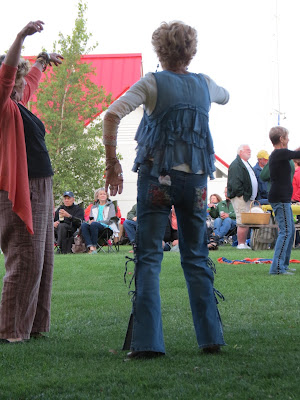 Over nearer the boat launch parking lot, the American flag was mostly still on this mostly windless evening, 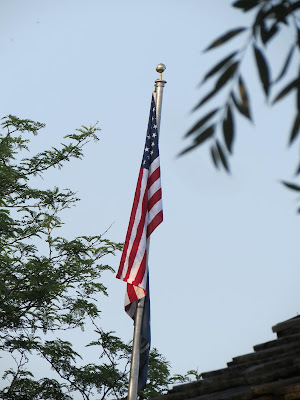 while from on top of the gazebo (with the band playing underneath) a dove surveyed the scene below. 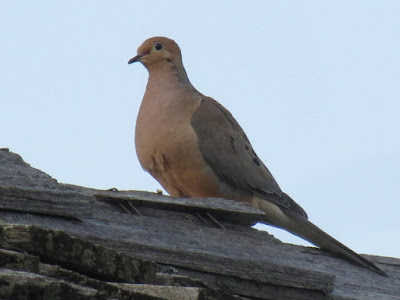 Friends circulated, greeting one another, before the music started and during the intermission. 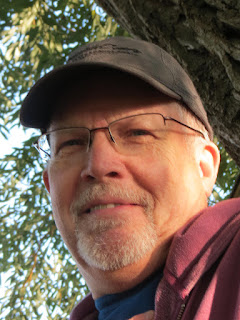 All in all, it was a beautiful, peaceful, happy, completely Northport scene, and we tore ourselves away before it was over only because we needed to get ready for the arrival of more visitors. 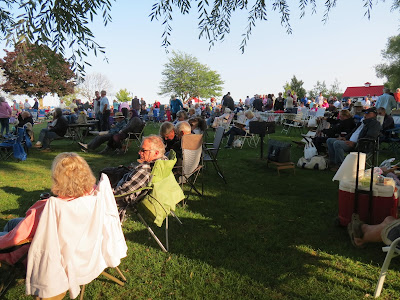 Thanks, Cara Lee. I came back to put in a photo of Kent Holton that I forgot the first time around. How could Music in the Park go on without him?!