War Is Personal, Too 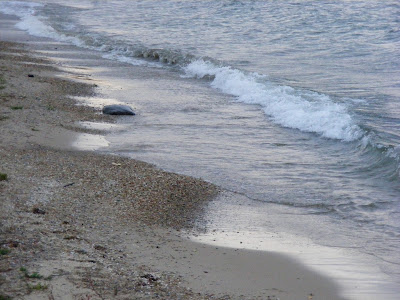 Recently I posted on Facebook a link to the dialogue between Meg Ryan and Tom Hanks in “You’ve Got Mail,” the bit -- you’ll remember it, I’m sure -- where he says to her that it wasn’t personal, his big bookstore putting her little bookstore out of business. Remember? She responds with a question and then a few strong statements, including “It’s personal to me. It’s personal to a lot of people.”

Well, war is a big topic, but for everyone caught up in it, it's personal, too. 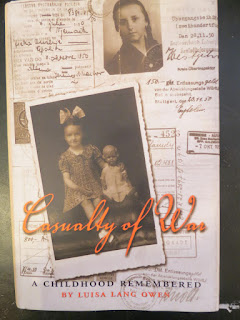 You can see by the bookstore events list at right that I have two Thursday evenings in a row with authors coming to Northport. The first, on the last Thursday in August, will feature a World War II memoir, the story of a little European village and the young girl whose happy home it was before the Nazis came to power. I’ve reviewed Luisa Lang Owen’s Casualty of War previously, so follow this link to read about her book if you missed that review. (Some of you have met her already, as she is the mother of Erik Owen of the Northport Inn.) 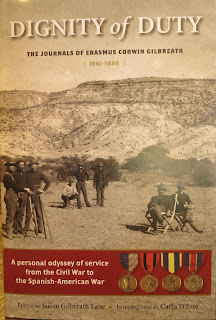 The second book giving war a personal face will be presented by two of the great-grandchildren of the soldier who recorded his memories, Erasmus Corwin Gilbreath. Steve Gilbreath of Northport (that’s Big Steve, the Fearless Leader of our intrepid Ulysses reading group!) and his sister Susan Gilbreath Lane from Chicago, who edited the journals of Erasmus, will be guests of Dog Ears Books on the first Thursday evening of September.

I am not a heavy reader of military history. Battles, campaigns, troop movements, strategy – all that tells me more than I want to know and yet, in another way, not nearly enough. What was it like to be in the midst of battle? To be caught up in such huge, impersonal, uncaring forces? This is the kind of detail I want, and it’s what both my pre-Labor Day featured books deliver.

Neither does it hurt that Luisa Lang Owen is a gifted wordsmith, as was Erasmus Corwin Gilbreath.

Now a tongue of flame would spring from her portholes and spin up the long ropes to the furled sails. A spar would fall or a sail unfurled by the fire would fall over the side on fire. Again a great tongue of flame would spring aloft as the deck burned through, or a burning mast would fall. And during all this mournful conflagration, as all the guns were shotted, the fire would ignite the charge and some gun would fire sending a ball up or down the river. So slowly and almost regularly did these explosions occur that they seemed like signals of distress or that the noble vessel was firing her own death knell. – from DIGNITY OF DUTY

See what I mean? And that is hardly the end of the story: yet to come is the battle between two ironclads, the Merrimac and the Monitor!