My life has changed a lot. (Our lives are always changing.) 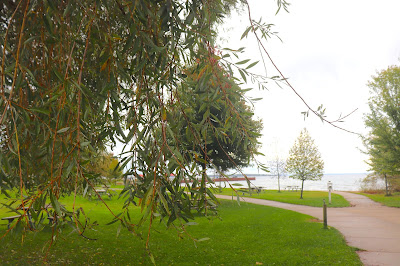 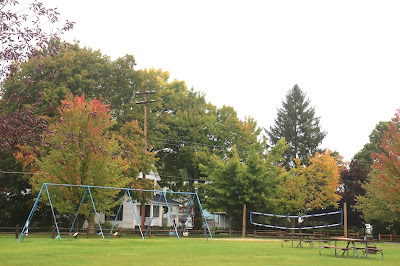 School is back in session. The number of boats is thinning in the marina. Playground equipment stands empty in the rain, and leaves are beginning to turn and fall. Autumn is a season of change more obvious than the gradual changes of summer. 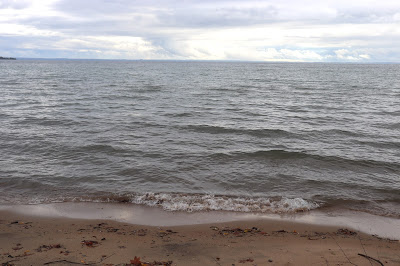 The rest of the United States, when it recognizes the name Bruce Catton, thinks “Civil War historian.” Here in Michigan (especially northern Michigan, where Catton spent his boyhood and youth), we know him as one of our own, not only the writer of books about the Civil War but also author of an engaging and moving history of Michigan, as well as his beautiful and much-loved memoir, Waiting for the Morning Train.

Catton had a tragic sense of history. His thesis in Michigan: A Centennial History can be stated simply, if metaphorically: “We are all Indians.” With this phrase, the author was not taking on the colors of a wannabe and dressing up in literary pow-wow regalia, pretending to be something he was not. This is not cultural appropriation. What Catton meant is clear to readers of the book: the relentless march of American history, the tide of white Europeans invading and claiming ancestral tribal homelands, which meant cultural destruction to Native American tribes, bringing change faster that the native peoples could adapt to it (had the Europeans even allowed them to adapt, which is another story) – that kind of rapid, destructive cultural change is the fate of us all, whether we realize it or not. One example from Michigan history is the destruction of old-growth white pine forests: in the short term, the timber industry provided jobs locally and lumber to rebuild Chicago after the fire, but the resulting fields of stumps provided nothing for the many young lumber towns that rapidly fell into decay. 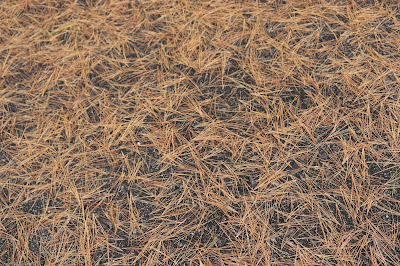 Perhaps being overcome and left behind is the fate of the older generations everywhere in the world where change is rapid. In this Western “civilized” world, certainly, we are (and have been for generations) overdriving our headlights – and we are also, simultaneously, the deer in the headlights, those bringing change no more in control of the future than those overwhelmed by changes wrought. 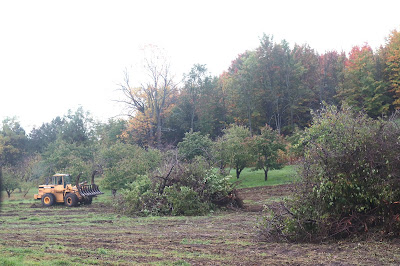 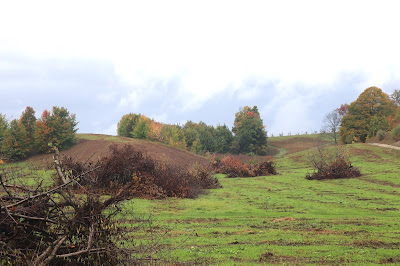 In my own life, for a long time, there were certain things I did every year and naively thought I would always do, and now I find myself falling away from many of what used to be annual personal traditions, while at the same time unforeseen developments have come into my life, complicating and changing it irrevocably. One recent development is the dog we call Peasy.  I knew I was adopting a shy dog, a dog with “issues,” but I had no idea what it meant to live with a “reactive” dog until, as we got to know him better, I began reading more about the special needs this little guy has, which is why I now say that he is “my comfort and my challenge, companion and burden, solution (to some of life’s problems) and problem (on his own, in many ways).” Fortunately, I am not alone in dealing with the challenges Peasy presents, however, because the little dickens has managed somehow to worm his way into the Artist’s heart, as well. How amazing! 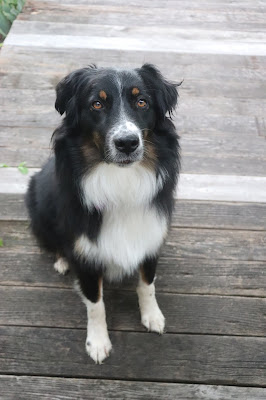 “He’s so full of life! And he’s so grateful to us! It would be churlish not to love him,” says the Artist (who adds that the last thing he wants to be is a churl). When Peasy trots proudly into the bedroom carrying one of his toys to show us, we dissolve in laughter. He plays joyfully and brings his joy to us, another of his treasures and one he shares happily. If only he could spread his joy and love around to other people, as Sarah did! But that, sadly, is not his nature. 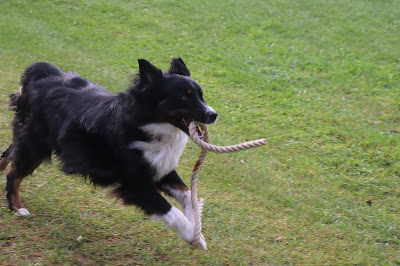 Nikki was a shy little plain Jane, “pure mutt,” as I used to say when people asked. Sarah was a beautiful, calm, very sociable Aussie-border collie mix. The world was a scary place for Nikki, but with us she had a good, long life. Sarah was the easiest puppy and dog in the world to live with and loved just about everyone and everything in the world. Neither of those dogs prepared us for Peasy. But although the accommodations necessary for dealing with him and friends and family at the same time are sometimes a real pain in the neck, he loves us so much that we can’t help loving him back.

So that is one big change in our life. Another, creeping on us gradually, but more speedily with each passing year, is that we are getting old. Us! Whoever thought that would happen? It doesn’t mean a thing that it happens to “everyone,” because what has “everyone” to do with us?

I began this post with Michigan history, zoomed in on my personal life, and now want to pull back again for a wider, longer view. Northport. Leelanau County. Traverse City. Northern Michigan. In Traverse City, change has been bigger and faster than out here in the county, such that if we don’t go to town for a couple of weeks, we hardly recognize the place. Okay, slight exaggeration. But really! High-rise hotels and motels have taken the place of old mom-and-pop tourist cabins, and enormous condominium buildings sprout like giant mushrooms from outer space along the Boardman River and Grand Traverse Bay. We look at what we see there now and recall to each other how the same place used to look forty, fifty, sixty years ago, when Traverse City really was still a small town. 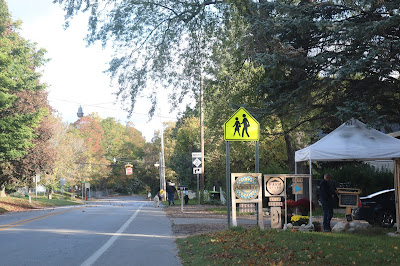 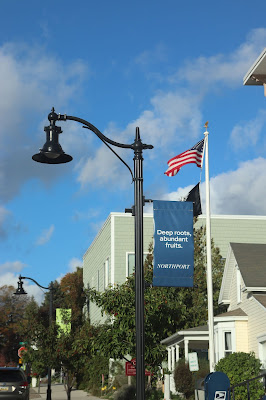 Well, Northport is still a small town. We have our dog parade in August and homecoming parade in the fall. In the summer, there is the farmers market and, on Friday evenings, Music in the Park. There is a blinking traffic light at the south end of the village, and there are parking lots but no parking meters. Yet change is inevitable everywhere, and Northport is no exception. Will our little village be able to accommodate change and retain its friendly small-town atmosphere, or will the atmosphere itself be changed? No one, I think, wants the latter possibility to be realized. Those of us already here like our town the way it is, and new people come because they like it, too. 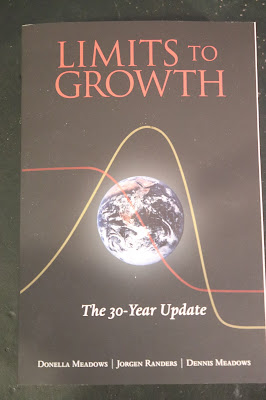 When I posted on Facebook that I had a couple copies of the book Limits to Growth: The 30-Year Update, two village council members put dibs on those copies (so I should probably order more). Is it possible to limit growth? How do we do it? 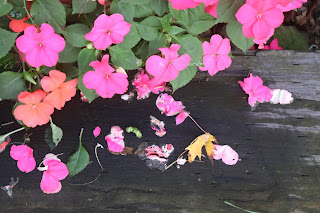 P.S. Please see here my pitch for the kind of support that counts with booksellers, whether you like life fast or slow. Thanks!
Posted by P. J. Grath at 7:42 AM

As I get old I resent change more. But it's inevitable, so best not ignore it. Planning for it will help make it more palatable as it marches toward us all.

And on the subject of change as it relates to Northport, Dawn and others may find this list of misinformation and information on the proposed Timber Shores development interesting: https://www.timbershoresrvpark.com/timber-shores-updates/myths-vs-facts?fbclid=IwAR3pvo6m8EImOdu1pPU4mgL8ZIl3zbk2Z-HbgM2X2dy6rNPDgDyVkPNhdU0

Pam, Thank you sharing your wonderful perspective through this post. Change is inevitable; sometimes the changes turn out to be good, sometimes they are not. It is always hard to look forward and imagine how changes we image to be positive in the short term will actually unfold over time. I do know that over my long life I have noticed that changes that often will not truly be of benefit in the future are pushed people in the present as 'great' because they will 'create jobs.' Reality often is that jobs are indeed created in the short term, but irrevocable damage remains long after the jobs are gone. A few people become wealthier (these are usually the people pushing the jobs creation aspect), but the environment and most of the people who remain become poorer; only a few people benefit in the long run. I hope you do order several more copies of Limits to Growth. I read it in the 70s and it greatly impacted my thinking about life, this planet, and our responsibilities as caretakers fo the earth. My wise grandmother told me repeatedly, that we don't own the earth; we are here as caretakers. Elaine

Elaine, thank you so much for your comment. On the subject of having change pushed on us, I remember my disappointment when President Clinton urged NAFTA on the U.S., arguing that something like NAFTA was “inevitable” in the course of time. If it’s “inevitable,” I thought then, what’s the rush? Death is inevitable, but that’s no reason to jump off a cliff today!

So many parts of our country and of other parts of the world have been desperate enough for jobs NOW that they have traded their children’s futures for it, in terms of chemical poisoning that will take generations to turn around (if it can be done) and abandonment of local agriculture and cottage industries for guarded industrial compounds to which workers go every day as if to prisons. We need to find better ways to improve our lives, even if they are slower. Slower may even turn out better in the short run. Who knows?

I am ordering more copies of LIMITS TO GROWTH: THE 30-YEAR UPDATE, and thanks for joining me in recommending it, Elaine!

I too recall the halcyon days of yore. WWII began and ended before Kindergarten. All Americans were united until presciently Joe McCarthy
showed up. My Dad voted for him to his eternal embarrassment but we liked Ike. Wisconsin turned its mercury laden muddy rivers to their pristine state and Friday nights were reserved for the Walt Disney show in black and white. In my varied career, I saw business slowly warp from customer/employee/community to shareholder/profit/streamline as workers became a 'human resource' rather than 'personnel': reduce that commodity and the corporate stock goes up. Thank you Harvard Business School. You can't go back. Time only moves in one direction. I've been retired going on 19 years, health has been great, family all doing well and life is good. So, when prompted to text, I reply I don't have a texter, smartphone, I-pad or car mounted GPS..just a land line. "How about Facebook?" Nope, my face stays on my neck, thank you. I paper copy anything of importance rather than rely on 'the cloud' and prefer local stores to Amazon and their ilk.
"Gee man, are you senile?" Apparently..is that OK?

One of the great things about operating not just a "small business" but a very small one -- and a bookstore, to boot -- is that I still have a feeling for the community to which my business belongs. Dog Ears Books belongs in and to Northport. I do go away in the winter, though, and I do text my friends and even -- don't be too shocked! -- link my blog posts to my bookstore Facebook page. Glad you and your family are doing well, BB. We're still cranking along okay, too. Local stores? Yes! Cloud storage? No! (As my son says, the cloud is just someone else's bigger computer.) Paper maps? Yes, I still love them and rely on them most of the time but have been known to use a phone app when lost in a strange city.

As for what corporate business has become, that doesn't trouble me nearly as much as seeing colleges and universities run on business models, as if "education" (paper diplomas?) were a consumer product. Shame!