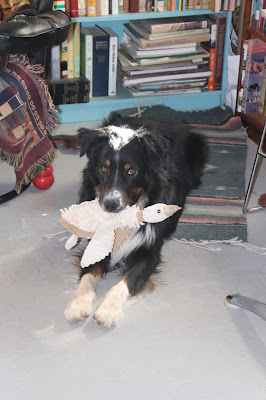 Having a new young dog that needs exercise and training is a little bit like having a new baby in the house, in that my mornings are not at all my own. Quiet writing time? Ha! I’m lucky to get a paragraph or two written in my journal, and as far as reading goes, many mornings it’s crazy to try to get very far in a book before Peasy has been outdoors for a good run.

The other day the Artist and I (dog in backseat, of course) went over to visit the very nice, very clean and well-organized little FOL bookstore over in Sunsites, a.k.a., for postal purposes, Pearce. Pearce itself, like Dos Cabezas, is an old mining ghost town where only a few people live; a few miles to the north is the large subdivision of Sunsites, where the post office and library bearing the name Pearce are now located. I hoped maybe to find a good book in French, and in the poetry section, what to my wondering eyes should appear but a little bilingual paperback edition of Twenty Prose Poems, by Charles Baudelaire!

So this morning, after Mr. P. and I had a good, rousing, morning outdoor adventure, when it was warm enough (with jacket) to sit out in the sun and read a little Baudelaire while Peasy gave his beautiful white puppy teeth a workout on an old cow bone, the short pieces in the Baudelaire book seemed like something I would be able to absorb despite distractions of dog and birds. (The Western bluebirds made another appearance at my birdbath ths morning!) I was more than a little shocked, however, to find a mistranslation in the very first prose poem in the book. The phrase was not at all tricky, either. An old woman, enchanted by a pretty child, approaches the little one with a smile:

That is the French. The English is given as:

And she approached the child, wishing to smile at it and make faces pleasantly.

“Make faces pleasantly”? No, make pleasant faces. The French uses an adjective, not an adverb. Moreover, “making faces pleasantly” (in my opinion) hardly makes sense. Is it good English? What do you think? Anyway, that's as far as I got this morning.

Later, toward midday, when the three of us were all settled down, the Artist and I in our reading chairs and Peasy fully engaged in tearing apart a new dog toy his Aunt Deborah had sent him, I was able to finish an entire short book, After the Fire, a book of poems and annotations consisting of background biographical information by the mystery writer I’m so hooked on these days, J. A. Jance. The author wrote the poems secretly, early in her first marriage, and hid them from her alcoholic husband, who had made it quite clear to her that there was to be “only one writer in the family.” (In the end, he remained a wannabe, she became the writer.) Only after his death, which occurred a year and a half after their divorce, did she rediscover the poems, hidden away in the box containing family birth, marriage, and divorce documents. 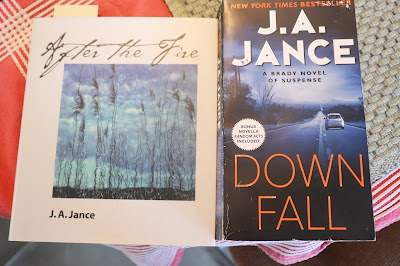 My critical response is that Jance serves her readers better with her fiction than had she determined to continue writing poetry. Even so, the work is fascinating for its honest revelations. When writing the poems, Jance thought of herself as creating “art,” if only for herself, not engaging in self-analysis or exploration of issues in her married life.

The artifice of “art” allowed me to maintain emotional distance. I could look at what was happening without ever having to come to terms with what was going on in my marriage. It spared me the harsh reality and hard work of actually doing something to change our disaster-bound direction. Looking at my poetry with the benefit of hindsight, I see how, even as early as 1968, a part of me understood that my marriage was doomed….

But her secret poems, not intend as anything else when she wrote them, later served her as a kind of journal of those earlier years, each one bringing back memories of the time of its creation and her surroundings on that day. To read more of Jance’s present life, see here.

Another book of poetry, Bone Rosary: New and Selected Poems, by dedicated poet Thomas Lynch, I’m reading much more slowly and will tell you about at length, in a separate post, when I come to the last page and collect my thoughts on what I’ve read, and I’ll do the same with my current serious nonfiction book, Against Civility: The Hidden Racism in Our Obsession with Civility, by Alex Zamalin. 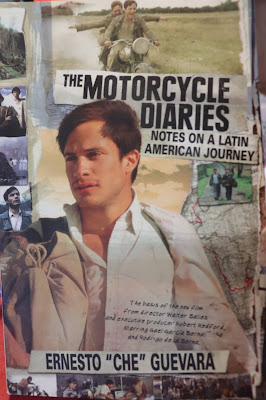 My bedtime reading is not singular this week. The after-movie, read-aloud book is The Motorcycle Diaries: Notes on a Latin American Journey, by Ernesto “Che” Guevara. I try to stop each evening at a cliff-hanger point in the story, which isn’t hard, considering the kinds of roads Che and his friend, Alberto, are traveling on and the instability of their motorcycle, resulting at one point in nine crashes in a single day. Then I turn from the excitement of a motorcycle-buddy road trip, before turning out my bedside light, and read silently to myself a few pages from a YA novel, You May Already Be a Winner, by Ann Dee Ellis, and I’m already anticipating two more bedside books awaiting me.

And I cannot close today’s post without noting the passing of poet, publisher, and bookseller Lawrence Ferlenghetti, whose poems I discovered back in East Lansing in 1967. (The book was A Coney Island of the Mind.) Ferlenghetti lived to the ripe old age of 101, and his City Lights Bookstore in San Francisco, also the home of City Lights Books, has been as well the home of the nonprofit City Lights Foundation since 1953. The bookstore received historic landmark status in 2001. Finally, let me note that the Baudelaire volume I had in hand several times today was published by City Lights Books. 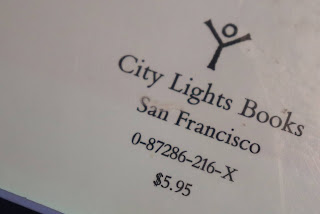 Thank you, Mr. Ferlenghetti, for getting your good work for literature done in the world for so long. 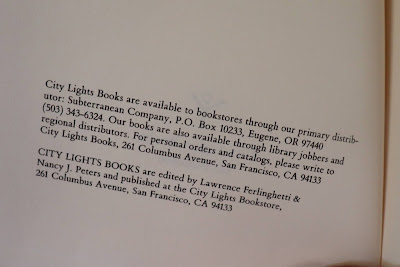 I love seeing Sarah pictures. She was such a good girl. I'm hoping you'll get more than 5 months of revenue this year. I'll order from you when you get back north.