And Then, They Weren’t in Kansas Any More The name of the road intrigued me from the first time I saw it, and perhaps it isn’t surprising that it means just what it sounds like. Pioneers came by train in February of 1909 from Paola, Kansas, and stepped off the train in Willcox, Arizona, fourteen families hungry for farmland of their own and willing to work up homestead claims that would give it to them.

…The land was not the gentle hills they were used to. The terrain was flat, and in the distance, there were mountains.

The land that had been opened for homesteading in December was twelve to seventeen miles east and south of the town.

-      Marsha Arzberger One Hundred Sixty Acres of Dirt: A History of the Pioneers of Kansas Settlement, Arizona Territory, 1909

Author Marsha Arzberger read through homestead claims, journals, letters, and scrapbooks, government material and that shared with her by descendants of the original pioneers from Kansas. Those descendants, who included her own husband, also told her stories passed down in their families, and from these various sources she has put together a highly readable and entertaining history of life in a very concentrated area of Arizona’s Sulphur Springs Valley over a hundred years ago. Find it here. 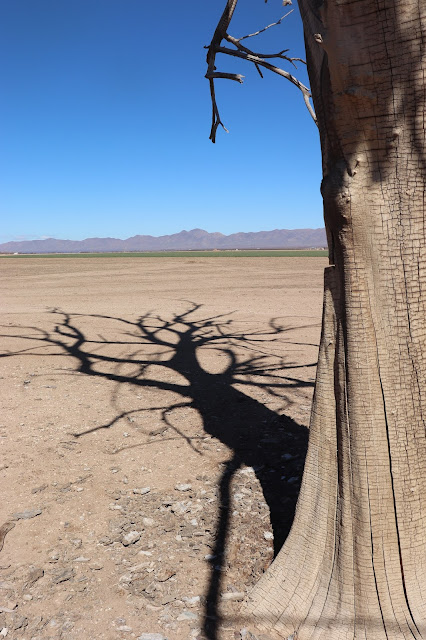 The immigrants from Kansas, as I say, came as homesteaders. Claims registered, most families’ next order of business was to hand-dig a well, after which could come the house (many originally only 12’x12’), corrals, chicken coop and barn. Neighbors frequently exchanged labor and worked together to get wells down and buildings up, and by 1909 the Kansas Settlement had its own school and teacher, with 24 pupils enrolled. the town of Willcox only a wagon ride away meant that building supplies, as well as food not supplied by family gardens, was within fairly easy reach.

--Which is not to say that life was, in general, “easy” for these pioneers. For example, when Fred Arzberger’s young wife and children arrived at the Kansas Settlement, no house awaited the young family. Instead, a wooden lean-to sheltered husband and wife, children, Gertrude’s piano, and all of their other belongings, as well, until a two-room wood-frame house could be erected with neighbors’ help. The exterior of the original family house on what is still known as the Kansas Settlement Road was adobe block, i.e., typical Southwest vernacular architecture. The second Arzberger house, its skeleton still standing today, was built on the road that has since taken its name from the Arzberger family. 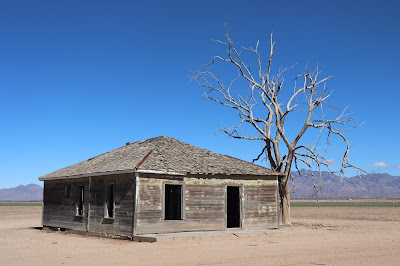 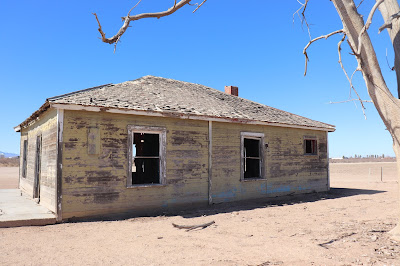 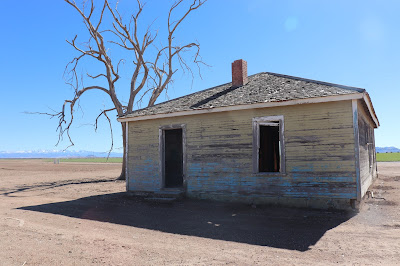 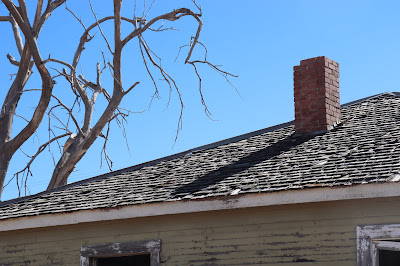 The Kansas pioneers were farmers, but while everyone came to Arizona with the dream of “a farm of our own,” not all could hold out against the realities of soil and climate in the Sulphur Springs Valley. The Arzbergers, like other pioneers, worked hard. They planted gardens and raised livestock and poultry enough that they had vegetables and meat to sell, along with sauerkraut, pickles, cheese, and molasses, but in 1910, drought rather than rains arrived, and many homsteaders were forced off the claims they had hoped to farm and own. Some left Arizona altogether. Others remained close to their Kansas neighbors, working in the mines in nearby Dos Cabezas. The Arzberger family flourished on the land by turning to ranching and expanding grazing acreage that supported cows better than crops. In southeast Arizona in the 20th century, ranching could succeed where farming could not. 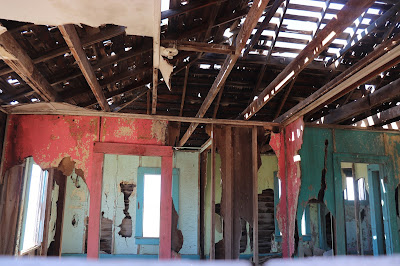 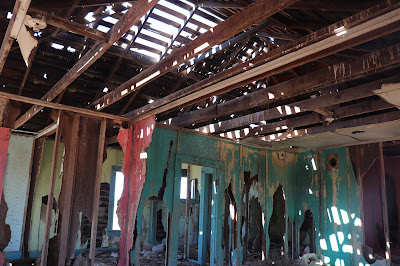 Marsha Arzberger’s history is at once detailed and intimate. She presents historical and genealogical facts without losing sight of the humanity that gives them meaning. Photographs tie together ancestors and descendants, frequent maps keep the reader oriented in geographical space, and stories bring the past alive on the page, while lists of individual claims are kept separate from the narrative – there for those who want them but not cluttering the story for more casual readers.

From our winter ghost town cabin, the Artist and I drive the Kansas Settlement Road a couple times a week. Once last year we ventured from Rancho Sacatal, just east of Dos Cabezas, over part of the old Butterfield Stage road and down into the Kansas Settlement, coming out on Arzberger Road from an unfamiliar direction and giving me my first up-close look at the old house I had noticed so many times from the KS Road. The house fascinated me, and I made inquiries to one of our neighbors (a retired third-generation rancher), which is how I made the connection to Marsha Arzberger and learned of her book.

The Sulphur Springs Valley is, for me, just about the right amount of territory for intense historical focus, and zooming in on the Kansas Settlement, with occasional forays to Dos Cabezas, Willcox, or Pearce, lets me look at the land now and picture its past. The author notes that while much is still the same in the valley, much else has changed in the past hundred years. Perhaps most obviously, farming has not disappeared but has become very different from what the first pioneers imagined for themselves.

Most farms became larger as irrigation became more sophisticated. By the 1990s, circular “pivot” sprinklers became the favored method of irrigation, which required more capital. Some large farm operations expanded to thousands of acres. … [At the same time] [r]anching continues in the surrounding mountains and throughout the settlement and the valley.

Originally, wells in the Kansas settlement were dug between 20 and 40 feet deep to reach water. In the twenty-first century, today agribusiness wells easily plunge 1,000 feet, and intensive irrigation for 12 cuttings of hay a year or to grow pistachios or pecans often means wells going dry for neighbors with smaller, more modest holdings. In the Sulphur Springs Valley, a valley without a river running through it, what will the future hold for residents and for agriculture as the water table continues to drop? 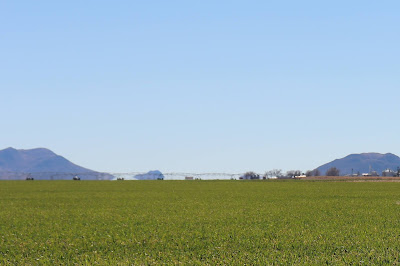 It’s no secret that the history of the area goes back beyond the pioneers from Kansas. Before homesteaders came, this was Apacheria, this whole open valley between the Chiricahua Mountains to the east and the Dragoons to the west (and beyond in all directions). Only after the death of Cochise, Geronimo’s final surrender (of several), and the removal of the Chiricahua Apaches (first – forcibly -- to Florida, then to Oklahoma, and ultimately -- for those who had survived and chose to return --  back to White Mountain in northern Arizona) did the U.S. government open the territory to homesteading.

And before the Apaches came south from northwestern Canada and eastern Alaska and ran the Spanish out of what became Arizona and New Mexico, who lived here? “Change,” as my freshman high school earth science teacher told our class so long ago, “is the only constant.” Even the mountains are not eternal. They were not always here, either. But they and we are here now. 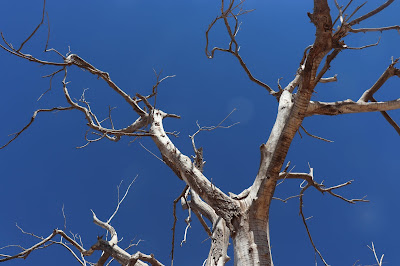 I so love these bits of lore through the very talented lense of your perception!!!!

Thank you, Barbara. And cheers! I guess you're getting a big winter storm back in Michigan today!