One of the occasional hazards of baring one’s soul passionately on serious subjects is that it can invite hostile comment. After I allowed myself a blogging outburst recently – sick and tired of holding back diplomatically in the face of continual and repeated public outrages, I should add – a hostile comment came my way from an anonymous source. In that first comment from Anonymous, I was called an “agitator” and a “nihilist leftist.” Anonymous also called me a “book enthusiast,” which would not be my own chosen self-descriptor but one I don’t find offensive. “Nihilist leftist,” though? That's just plain not who I am. A little left of center, maybe. Nihilist, never! As for agitating, maybe I should do more, but generally I try to be take a diplomatic route. The post in question was a departure from my usual public persona. It was a cry of anguish.

That’s all background to what I want to say today. Because today Anonymous came back with a second comment, which in a roundabout way seems to imply that I am a “slave” to some kind of “circular rhetoric” promulgated by some unnamed group of “masters.”

Anonymous is difficult to answer – impossible to respond to directly, as s/he makes only unsupported assertions, not arguments, and does not make clear any of the connections vaguely implied. And why would Anonymous bother to argue with me, since s/he clearly believes I am not an independent thinker but a mental “slave”? Okay, so Anonymous doesn’t argue. More to the point, though, why does Anonymous bother with me at all? Perhaps the idea is to convince my handful of readers to throw me overboard? We few, we happy few!

Well, the best events in my sequestered, self-quarantined life this past week have been a few private, personal, honest, heartfelt and respectful exchanges with people whose views are very different from my own. We spoke to each other. We heard each other. We felt respected by each other. As different from potshots from an anonymous source as June is from January.

But it isn’t the anonymity that’s so bothersome, because some people don’t have Google accounts and don’t want Google accounts, and I don't have a problem with people who comment as Anonymous. What’s so troubling is the lack of context, absence of argument, and omission of any citations or examples to help me make sense of the accusations against me, so that what could be genuine dialogue remains instead a hollow mockery. And surely, I think helplessly, the fog of name-calling from Anonymous hides some deep hurt. There is a person behind the veil of anonymity, after all, someone who is hurt and afraid and angry, as well as someone who doesn’t know me at all. Someone I cannot reach, don't know how to connect with. That is the sad part, the part that troubles me.

One little laugh brightened the gloom, however. Anonymous referred to me as a “tiny book seller.” Tiny! Not as tiny as I used to be, many long years ago! Now in my eighth decade of life, I might just as well be called a “little old lady bookseller.” Perhaps, though, “tiny” refers to my business rather than to my person, and it’s true that I have never been able to afford paid employees and have struggled along for years with a single part-time volunteer. Yeah, that’s pretty tiny.

Tiny but independent! Not subject to a corporate straitjacket, not held back by a board of directors, not burdened with business debt (although offers to plunge into debt have never been lacking), and certainly not shackled to any particular viewpoint other than my own, which has shifted and evolved over the decades and may yet enlarge and mature as long as I have my marbles.

Once a customer from France asked me the secret of my success (i.e., survival) in the age of the online behemoth’s world domination. I told him I am stubborn.

So let me claim, here and now, the title that Anonymous has foisted on me and declare myself to the world as the Tiny Bookseller! Tiny -- and fiercely, stubbornly independent. As a little third-grader I tutored once in reading said to me once, so memorably, “That’s what I am, and I’m proud of it!”

The Tiny Bookseller of Northport, Michigan 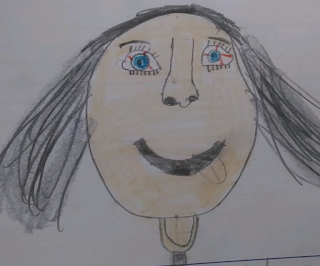 You are a wonderful, interesting bookseller!

Thanks, Candace. Sometimes laughter is the only response that makes sense. Love you!

"We few, we happy few"- commenters no doubt familiar with St. Crispin's Day, we recognize the slings and arrows of ubiquitous ad hominem. We ponder why such ever found its way to your blogsite.
Perhaps wanting to start a fight..the latest political fad? We further ponder Shakespeare's advice "poor player, That struts and frets his hour upon the stage, And then is heard no more. It is a tale Told by an idiot, full of sound and fury, Signifying nothing."
- we consider Anon as such. We are a happy few :)

BB, you got the quote right. I think, however, you and I may have been misled by what appears to be a comment from an actual human being. A friend explained to me (and I subsequently read an article in "Wired") about bots that imitate human communication with alarming success. If Anonymous is indeed a bot, that explains the incoherence and lack of meaningful engagement. Just when I thought someone was really paying attention! Oh, well! We ARE a happy few, aren't we? I know you are real! :)