Although I took two books along on our four-day, post-Labor Day getaway, one kept me occupied during my few hours of vacation reading, and it was only back home again that I turned to the second, another book set in France, this one stories by the poet W. S. Merwin of the countryside in which he lived for many years. He called it The Lost Upland. I'm now over halfway through the three long stories in that book.

I first thought of titling this post “Back to Reality,” then argued with myself over the tentative choice. After all, even the one September we spent a couple of nights of Mackinac Island, a place the Artist maintained was “not the real world,” my take on it was that people live there, work and raise families there, and that makes it as much “the real world” as anywhere else, even if the island economy is based on tourism. And the Lake Huron shore towns and cities do not begin to match Mackinac Island for quaintness or isolation, so we were only away, briefly, from our own responsibilities and schedules.

Vacation from reality? I was the one, not the territory we visited, taking as much of a break from present-day American life as possible. By seeking out with him my husband’s departed forebears in cemeteries and museums and churches, plunging into the area history of shipping and lumbering and early farming, and pausing to linger over long-abandoned rural sites where only the mice and bees are busy these quiet fall days, I picked up books, postcards, ephemera — but never a newspaper. When the Artist turned on television news at night in a motel room, my earplugs let me roam ancient peasant roads with Alain-Fournier’s fictional characters. I had a little bookselling talk here and there when meeting colleagues in the field, and that was fine. I really did not want to hear a word about what was happening in Washington, D.C. Time enough for that when we resumed our normal lives. 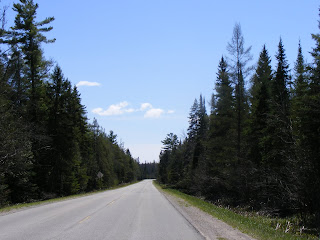 Then the Artist picked up a newspaper, and the world intruded. But it was not the outside world! It was conflict and hostility within the very territory that had been absorbing our attention and screening out, for me, angry political voices elsewhere! And here’s that little story.

One of the small towns we had planned to seek out was Posen, where the Artist’s mother, at the age of 17, had once had a memorable and amusing date in Posen. It was a story she loved to tell. So we wanted to visit the town and also look up her brother’s Lutheran church, his first church when he finished seminary. Posen had had its annual Potato Festival the week before, and I was somewhat disappointed that we couldn’t have experienced that — until we read the newspaper account.

Apparently one political party had more or less hijacked the Potato Festival Parade and turned it into a partisan political rally, and the other political party naturally and vociferously objected, but what was done was done. Small towns don’t get too much smaller than Posen. Still, differences of opinion don’t need a large population, and a week after the festival sore feelings still rankled and would not easily be laid to rest. 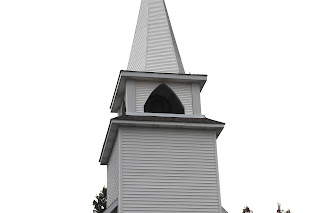 Oh, brother! Now I was glad we had missed the festival! The story even took away a little of my jones to venture away from the shore in search of the little town, but we went ahead and found it. The church turned out to be on the edge of Metz, three or four miles away, a town so much smaller than Posen that it seems to contain not a single going business concern, its claim to fame still the fire that destroyed it in 1908. We took a few photographs at the church and went on our way. It was a grey, overcast, drizzly day, and I imagined the few remaining residents of Posen and Metz, indoors in their houses, whether raucously celebrating victory or stewing resentfully over indignities, still consumed with their little country farm-festival-turned-political-conflict. In its small way, the story struck me as tragic. I saw my country torn apart in the Sixties, and it is painful to see battle lines drawn again between groups of Americans.

Change of scene: I keep in touch with my Arizona ghost town neighbors by text, e-mail, and Facebook, and the most recent thread of conversation among us was not about hummingbirds or rain but about giant agribusiness livestock confinement facilities in the Sulphur Springs Valley and consequent severe drops in the water table. The basic story wasn’t news to me. All of us have seen those confined cattle on the Kansas Settlement Road, and falling water table and failed wells have been in Cochise County news for years. The link one neighbor sent, however, moves the story from “same old” to brink of catastrophe. I watched that news story all the way through, and it's a heart-breaker. 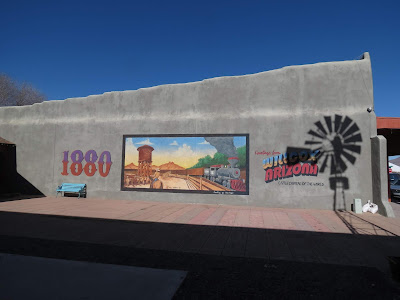 I find it bitterly ironic that traditional ranchers who chafed at any kind of government regulation, who wanted no one telling them how many cows they could run or how much water they could use, may soon be put out of business by corporate giants who saw an opening and grabbed it. No limit to numbers of animals? Good, we can cram in thousands on a few acres! All the water we can pump? Great, we’ll put down wells as deep as two Empire State Buildings! Your little 200-foot well on your little forty acres has run dry, and you can’t afford a new well? Sorry! This is how free enterprise works!

Another change of scene: I’m not on vacation now and am looking reality in its sometimes smug, too often self-satisfied face again (politics, stripping of environmental protections, etc.), but when I wake up at three in the morning I still turn to something other than news, which brings me back to W. S. Merwin and The Lost Upland. As I was reading there in the quiet, peaceful dark, thoughts of my own emerged, sparked by the book. European countries, I was thinking, have never had what they could mistake as limitless frontiers. Farmers there have always had to take care of the land they had. The countries themselves are small. Their limits, I was thinking, have been their salvation.

And then I reached a series of episodes in the story Merwin called “Shepherds.” Yes, the relentless engine of change was already bulldozing its way into southwest rural France, in the form of multi-story confinement sheep facilities. Certain local factions considered the confinement “cruel,” but that was “a minor argument about the new ‘industrial’ barns,” one dismissed as “sentimental.” Inevitable pollution could not be so easily brushed aside.

The statistics differed depending on who supplied them, but they agreed that many thousands of sheep, over a period of months until they attained the desired weight, would eat, evacuate, and eventually bleed, and that the results would have to be removed continuously. And for this, the developers maintained, they must have water. It must come in clean, which was not difficult along the valley with its small clear crayfish streams winding through woods. On the downstream side of the new barns the current would emerge full of the warm contents of bowels, bladders, and veins of lambs and sheep fattened on chemically souped-up feed.

But there was no stopping the engine. Those pushing for “progress” wanted municipal slaughterhouses in nearby towns closed, as their businesses would be vertically integrated and process animals from conception to the market. Historic old roads and bridges would need to be destroyed to make way for wide, modern truck routes. A web of connections linked the “modern farmers,” as they saw themselves, to governmental officials and large chain grocery stores. Eventually even the conservative peasants were carried along by the tide of “progress.”

They moved reluctantly, helplessly, resentfully into debt and the use of unknown forces that they had been told were bettering them and that they knew were taking them over and would obliterate them.

Nevertheless, those who could afford to do so took to keeping two separate flocks of sheep, a commercial flock raised on chemicals and inside buildings, and a smaller flock raised the old way, pastured, for family consumption and for sale to discriminating restaurateurs. Merwin says nothing about fresh water for the flocks moved from pasture to pasture. In what sense was the upland “lost”? It still sounds quite charming in this lithub piece, though clearly no longer affordable to a college student putting himself through school by waiting tables and saving money by wearing secondhand clothes.

I tried this morning to work Esau into the American story of polluted and lost natural resources, but it felt like too far a stretch. It does seem to me, though, that Americans think of freedom not only as a birthright and an absolute but also in pragmatic terms, as a means to increased wealth. Thus in our greedy determination to have no limits whatsoever on our freedom and property rights, we too easily forget that natural resources are themselves limited, that the earth is finite. I suppose a southeastern Arizona homesteader could haul water for household use and maybe even to support a couple of feeder cattle for home consumption, but for how long? And where will future pottage come from when the resources bought by the birthright are gone?

Pragmatism is not pragmatism when it doesn't work. And there is no "getting away." We are still here, and we still have to live together, one way or another. Or go extinct. For now I continue with the Merwin book, even as I can no longer consider it escape reading. 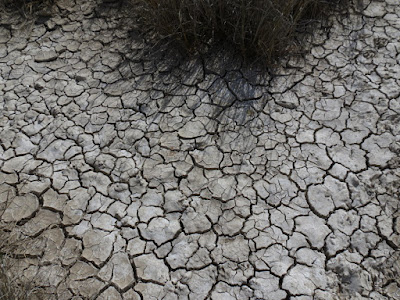