Climbing Back in Time -- Again 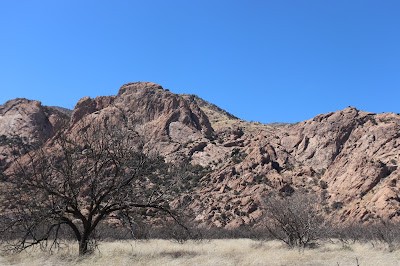 Cows and horses are by instinct expert engineers and will always find the easiest way through a mountainous country. Goblin detoured from the river on the eastern side. He had stiff climbing to do but there were breaks in the river-walls and running with the brood mares on the Saddle Back had made him as sure-footed as a goat. Hours of hard going brought him at length to the last grassy terrace before the rocks shot up in an almost sheer cliff. The place was like a park with clumps of pine and rock, little dells and groves; and, scattered at the base of the cliff and on its summit, numbers of the huge smooth-surfaced stones like the one balanced on the top of Castle Rock on the Goose Bar ranch.

Some of them as large as houses and perfectly smooth and spherical, these boulders are to be found all through the country of the Continental Divide, creating a wonder in the mind of any beholder….

The Artist and I are not the sort of adventurers who have continual need of new destinations. Places we have loved once call us back again and again, and often, as has been true of Trinity Monastery south of St. David, Arizona, we find more to explore on subsequent visits.  That being true of a few acres or a small town, imagine how it applies to mountains! Chiricahuas, Pinaleños, Dragoons — it would take a lifetime to know any one of these ranges thoroughly, so is it any wonder we set out for the mountains over and over?

Let me say right here and now how glad I am that Cochise County takes its name from the Apache chief. Cochise was a truly stand-up individual, a man of integrity and deserves to be remembered and honored. Sometimes it seems his name is almost used in vain, applied to all kinds of commercial ventures, but as the name of a county once thoroughly part of Apacheria, the tribute is recognition of this country's deep local history, history that goes back to before mining, saloon fights, ranch wars, and tourism. It is a proud name, Cochise. 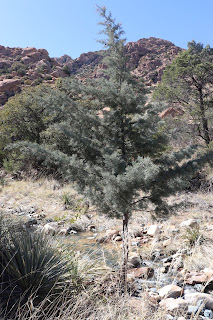 You may recall that our first attempt to reach the Cochise Stronghold in the Dragoon Mountains, on the west side — our side — of our Sulphur Springs Valley, met with failure, due to road conditions. Having successfully navigated fords of various depths four times, we had to turn back at the fifth, vowing to return when waters went down. And let me say here that anyone who thinks government never does anything right has not taken the time to explore land managed by the U.S. Forest Service. We have been to at least three sections of the Coronado National Forest and are thrilled to be able to encounter unspoiled wilderness. The absence of “amenities” (picnic tables, restrooms) goes in the plus column, as far as we are concerned. 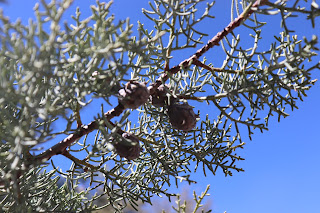 For our second attempt, instead of approaching directly via 191 to Ironwood Road, we took191 to Dragoon Road to Cochise Stronghold Road to Ironwood Road — not that there is much if any difference in distance between the two routes, and all are paved roads (with fording challenges yet to come once the mountains are reached), but we welcome any opportunity to take a road we haven’t traveled before. Cochise Stronghold Road was a good road. We liked it. It almost seemed that we reached Ironwood Road too quickly, but that feeling lasted only a brief moment, because then, turning west, we had the mountains before us, and who, approaching the mountains and the Stronghold, could wish for anything to be different?

At the first ford, a car and two or three motorcycles were pulled over, driver and riders hesitating, unsure about proceeding on. We walked to the water’s edge to reconnoitre. The flow was configured differently from our previous crossing (strange how even with less water a ford can manage to look deeper when it has cut a slightly new course) but looked doable. It was. We forged ahead. Subsequent fords also were no worse than what we had managed before.

The fifth ford! Yes! A sixth! Yes! Nothing could stop us now! 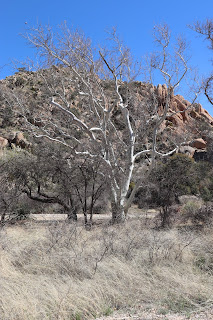 There is something soul-stirring about this road and these mountains. Basically, the road follows the creek, though (obviously) the creek crosses back and forth across the road, too. Trees include not only the oaks and conifers of the Stockton Pass but also incredibly beautiful sycamores, their bare white trunks like the bones of some prehistoric giants. Rocks rear up on all sides, magnificent, and human eyes are drawn skyward again and again. I am never far from tears when we travel this road. The beauty and the history together bring every sense to new, quivering heights.

Well, we drove as far as it’s possible to drive, through the organized campground to the trailhead. Camping is allowed in other parts of this section of Coronado National Forest, but the organized campground at the trailhead is a fee area. More significantly, from our viewpoint and for our purposes, the hike by trail to reach the actual Stronghold, the secret meadow fastness high and deep in the mountains, is four and a half miles. That means the aller et retour would be nine miles. And we didn't dare attempt it. I had managed a 4-1/2-mile round trip hike in the Chiricahuas, but barely, and the Artist has done no serious hiking here in Arizona. We had Sarah with us, too. (Hiking with dog on leash: no-no.) So it was unanimous: we would turn back from the trailhead and retrace our steps instead of going forward on foot. 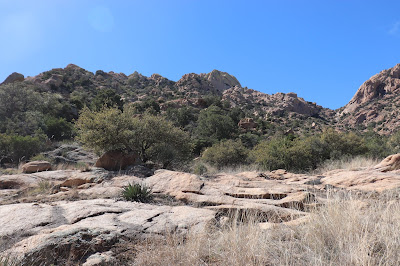 The first small party of two white officers guided to the Stronghold in 1872 by Tom Jeffords, trusted friend of Cochise, went on horseback. The U.S. Army had never managed to breach the Stronghold in the mountain maze on their own, and only with Jeffords as guide and Cochise as their guarantor were General Howard and Lieutenant Sladen able to reach Cochise. This is what they found:

Winding about among the foothills, we at last struck the bed of a crooked stream, and following it back, up a moderate ascent, through a narrow pass, rock bound on either hand, we entered a gradually broadening valley in the very heart of the mountains. … The place seemed the center of a natural fortification. In extent it seemed some 40 or 50 acres, flanked on either hand with precipitous bluffs, 300 or 400 feet in height. Through the center ran a stream of water coming from a large spring near by.

If I am never able to enter the valley in the heart of the mountains, I see it clearly in my mind’s eye, with Cochise and his people still there, proudly at home. Back down the road and across the first fords, we  deployed lightweight canvas folding chairs along the bank of the stream and set up a little temporary meal camp in the shade. The creek made heavenly music beside us, and the setting along with our hunger made ham and cheese sandwiches taste like a gourmet meal. 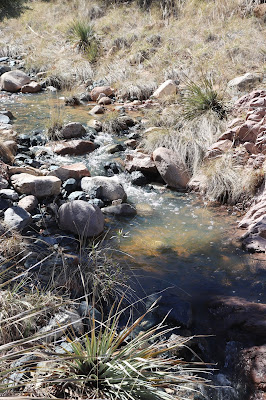 After lunch we had planned a quiet reading session and had brought our books with us from the car, but the Artist said he couldn’t bear to read Machiavelli in such a setting — and it was certainly no place for Machiavelli! No problem. I was happy to read a bit of the O’Hara novel, Thunderhead, aloud and share that pulse-stirring story. For that book, the setting was imminently suitable. My only challenge was keeping my voice steady, there in the exquisitely beautiful and history-saturated mountains all around us.

…And in front of him was a mass of the great boulders which seemed to have been rolled down the sides, choking the chasm completely.

But there was still the smell of horses—Goblin went on. And a turn showed him an open way through—a sort of keyhole, roofed with a single great boulder which hung on slight unevenness on the side walls. Beyond, Goblin glimpsed blue sky and green grass. Galloping through, he came out into brilliant sunlight and a far vista of valley and mountain.

…Two miles or so across and of an irregular oblong shape, the valley was belly-deep in the finest mountain grass. Here and there, rocky or tree-covered hills rose from the valley floor, reaching as high as the jagged and perpendicular cliff which ringed it and shut it in….

It is always hard to leave the mountains, and I am deeply grateful to whatever fates or gods there be that Cochise himself never had to leave his homeland and that the peace he made with the U.S. government lasted until after his death. And for all the mistakes that our government, like every government of men and women on earth, has made in the past and continues to make in the present, I am grateful as well that so much mountain wilderness remains today as public land, managed for all American people to enjoy. 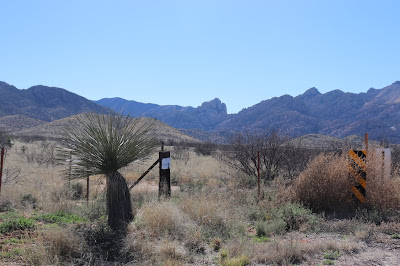