What Does a Story Need? 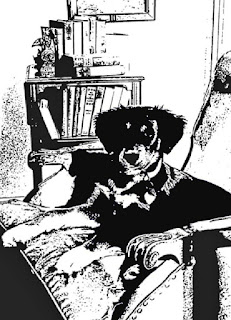 Critics and fans alike have struggled for decades over what to call The Country of the Pointed Firs, by Sarah Orne Jewett, and so I suggested to the Fearless Leader of our Ulysses Reading Circle that when we discussed Pointed Firs we should address the question, “Is it a novel?” He was somewhat shocked, but I raised the question, anyway. We were only seven that evening, and I abstained from answering right away. Only one person immediately answered with a resounding “No!”

“Why not?” others asked.

Voices were raised around the table, five people eagerly and simultaneously enumerating various events from Jewett’s pages. “They go out to the island!” “She visits the old man!” “They go to the reunion!”

Yes, there are these quietly related events, but what is lacking is conflict, or, to put it more generally, tension.

“I loved it!” “I did, too!” Pointed Firs defenders were staunch and vocal around the table, although one of them admitted the story had “no dramatic arc.”

I said I meant nothing derogatory by saying it wasn’t a novel. Neither was I was saying it should have been different. I loved the book, too. I think the place itself is the main character, and it’s a charming place -- although I couldn’t help thinking the narrator’s impressions of the place might be different if she were a fulltime, year-round resident. It’s easy for annual visitors to see a place through rose-colored glasses. I admitted that Grand Marais is my Dunnet Landing. Perhaps Willcox, Arizona, even if I never return, is another, but I recognize that my feelings for those places don’t take into account the struggles people making Grand Marais or Willcox their homes and needing to make a living there. Vacation, after all, is a very different kettle of fish. But I digress....

Jewett herself, according to Willa Cather, never referred to this work as a novel or even as stories. Her term was sketches. (See “Miss Jewett,” in Cather’s Not Under Forty, published in 1946 by Alfred A. Knopf.) That intrigues me, as it suggests that there might be a form of fiction besides novels and stories.

Perhaps no tension is required of a sketch? In visual art, we do not expect of something is called a sketch all the qualities of a finished oil painting. And yet sketches have their own charm. Done well, literary sketches, too, can be delightful. And who is to say that a sketch lacks anything if it is everything its author intended?

Sunshine Sketches of a Little Town, by Stephen Leacock, is in a very different vein from Sarah Orne Jewett’s The Country of the Pointed Firs. Whereas Jewett shows the beauty and dignity of ordinary lives in a remote place, Leacock’s intent is humor. He holds up and exposes his main characters to our ridicule and laughter – and yet, he does so gently, even lovingly. Truly, we must laugh at ourselves when we laugh at the people in Leacock’s little Canadian village, for inflated self-worth and self-importance can be found in towns of all sizes. Doesn’t each one of us imagine ourselves the center of our world? And how silly is that, in all the enormity of the universe?

In Leacock’s book, as in Jewett’s, there is chronology, and there is one major event (the sinking of the picnic boat) to which smaller events lead, as in Pointed Firs (the reunion), but at no time in either book do we fear disaster. Whatever there is of pain in Jewett lies in the past and has been smoothed and mellowed by the passage of time. In Leacock, conflicts arise in the story as it develops, but the reader cannot be terribly concerned, since the author’s tone is saying all along, “Tempest in a teapot, isn’t it silly?”

On Saturday, looking for something else on my store shelf of writers’ helps, my eye stopped on The Essence of Fiction, by Malcolm McConnell. I have a friend who wants to turn a piece of memoir writing into fiction and isn’t sure how to proceed. Maybe she wonders where to start. Anyway, I brought the book home with the thought that it might shed light on my friend’s problem, as well as on my own meditations on what constitutes a story.

Malcolm takes a clear stand: fiction is drama. What the playwright creates for the stage, the novelist or short story writer must bring alive for readers on the printed page, but the very essence of fiction is always a dramatic core. Take Malcolm seriously on this point, and you’ll hardly be surprised to have him tell you next that the scene is the basic building block of all fiction.

Here is the list of scenic elements from Malcolm’s assignment sheet to his students:

(I have highlighted “problem or conflict situation” in red, since it is my major concern.)

In his discussion of the “problem or conflict situation,” McConnell does not even bother to argue that conflict is necessary. There is no drama without conflict; therefore, if fiction is drama, conflict must be present in all fiction, if it is to be worthy of the name. That’s a given, not something that needs stating except as it must be part of each scene:

Somewhere in any scene there must be dramatically revealed some aspect of the overall conflict of the story.

Malcolm quotes a friend and fellow writing teacher, Will Knott, who wrote in The Craft of Fiction that fiction is always about people in trouble.

...I take this one step further. Fiction is never about people with no problem or conflict in their lives. At first examination, this may seem perverse, that literature, one of the most respected art forms of Western civilization, is entirely devoted to the negative aspects of life. Be that as it may, the fact remains, that all effective drama, on the stage or in the pages of a fictional work, involves characters faced with one kind of problem or another.

Lest his reader turn away from all this gloom, he adds,

This central core of conflict, of course, does not necessarily mean that the writer must accentuate the negative side of life.

Perhaps the central character will rise to a challenging occasion, triumph over adversity, learn valuable lessons for the future. Whether or not there is a happy ending, however, drama and fiction, unlike the chronicle of factual events most of us recognize as history, allow us a special way to share emotionally in the experience of characters onstage and in books. Like us, the writing teachers say, fictional characters face problems, and that is what captures our interest. Without a problem, without a conflict -- no reason for the reader to keep turning pages.

What, then, accounts for the love so many readers feel for The Country of the Pointed Firs?

Nature is never static, and no one season of the year and no single day, not even the solstices, give us time in which “nothing happens.” If we are very fortunate, however, there may be moments or days or even seasons in our lives that seem uneventful, stretches that flow so gently we have the illusion of time standing still. Those peaceful moments will be lost, and time will resume its headlong rush. But recollection of an illusory season of stillness – perhaps that is inspiration for the literary sketch.

What do you think? Can a sketch be called fiction if it has no conflict? Can something that lacks tension be called a story? Or is it dealing in contradictions to say so?

And finally, in your limited reading time (because reading time is always limited for all of us), are such slight productions, whatever we call them, worth reading?

I have a hard time with fiction where there is no conflict...where nothing happens...where it's just descriptive. But I can't say those books weren't fiction, because they were. It's just that I struggle through them, always thinking...maybe something will happen in the NEXT chapter.

Well, if limited reading is permitted, I would note that a 'sketch'
that was worth reading, and which I re-read seasonally, was the
little newspaper article of 1897 in answer to a little girl.
'Yes, Virginia, there is a Santa Claus'. Admittedly, I graded poorly in the college class 'Development Of The English Novel' and developed a strong dislike for 'Moby Dick', but for a science guy
I sometimes relapse into the sentimental. :)