The Oddness of a Small Italian Coincidence 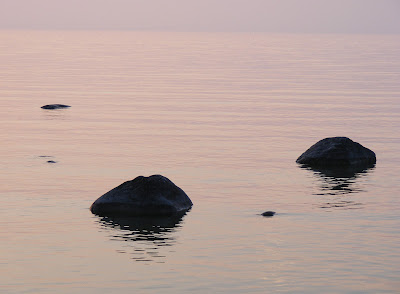 Up, up from the Inferno and through the Purgatorio we climb with Dante, our fearless tiny band of readers, and as we climb I realize more and more the aspects of this work that speak most clearly and compellingly to me. They are not the long inventive passages, the pictures conjured out of the poet’s imagination. No, those I labor through, like one lost in a dark wood, but from time to time I fall upon a sunlit clearing where fresh breezes play.

Even as sheep that move, first one, then two,

then three, out of the fold—the others also

and what the first sheep does, the others do,

and if it halts, they huddle close behind,

simple and quiet and not knowing why....

Do you see them, the simple sheep? What about these gamblers?


When dicing’s done and players separate,

rehearsing what he’d thrown away, he sadly learns;

all of the crowd surrounds the one who won....

Whenever Dante describes something of this world, our world, it rings familiar and true to me, though I am no more a sheep farmer or shepherd than I am a gambler. The parts of the Purgatorio that mean the most to me are not otherworldly at all but this-worldly, as when in the Inferno he recalled a busy shipyard or used the analogy of Italian rivers to drive home the point of his vision. So too when in Canto VI of the former he apostrophizes his native land--

you ship without a helmsman in harsh seas,

no queen of provinces but of bordellos!

--it is his native land on earth that grieves his spirit, just as Wordworth poured out his sorrow in “” when he wrote--

MILTON! thou shouldst be living at this hour:

England hath need of thee: she is a fen

Fireside, the heroic wealth of hall and bower,

Have forfeited their ancient English dower

Of inward happiness. We are selfish men;

O raise us up, return to us again,

And give us manners, virtue, freedom, power!

Thy soul was like a Star, and dwelt apart;

Thou hadst a voice whose sound was like the sea:

So didst thou travel on life's common way,

In cheerful godliness; and yet thy heart

The lowliest duties on herself did lay.

Harsh seas or stagnant marshes, both poets turn to nature—earthly nature—to express their desperate feelings for their governments and the politics of their times, and however little we know of the details of those periods we have a sharp sense of the writers’ discontent and longing from the figures of speech they use, for nature is nature from one century to the next.

The small coincidence came yesterday, when David picked up some magazines left behind to be picked up by anyone who wanted them in the lobby of our public library. One of them that caught my eye on the table last night after dinner was the September 2011 issue of Harper’s, its cover promising something on Dante within! Opening eagerly, I turned to a piece by Elif Batuman, the story of her participation in a “Danta Marathon” in Florence in the spring of 2009. As I read, I was wondering if this would be something to take to our group meeting on March 1, something to share with the other toilers through Dante’s three-tired afterworld, but then, near the end, the writer turned on its head what has been written by a couple of famous Dante interpreters:

For both Lukács and Auerback, meaning and truth in Dante’s world reside in the afterlife, where figurae are fulfilled and totalities formed. Mortan existence is, by contrast, incomplete, illusory, secondary. But I think the opposite can be said, with equal accuracy: it’s the afterlife that is a tissue of illusions. Dante’s afterworld may be highly structured, but he invented that structure himself, synthesizing classical mythology, Christian theology, and medieval demonology. Dante’s afterworld, drawing attention to its own eccentricities, paradoxes, and loopholes—it’s Dante’s afterworld, based in his own experiences. Seen from this perspective, the only thing that’s indubitably real, the only thing everyone can see and agree on, is the stuff of this life—all the stuff that Dante himself studied with such interest and love. Is Paradise more real than all that? Is it better? Is Paradise enough to compensate for the loss of the world?

Batuman’s view is not at all a denial of Dante’s poetry. She simply points out that what gives the poem life springs from this world and are ever part of it.

I used to think it was a shame that my own beautiful part of the world is not better known, its lovely corners and vistas not as famous as those of the Italian hills or the English lake country or even the states on the American Eastern seaboard. In my view, northern Michigan lacks nothing in a comparison of beauties. What is absent here are the associations: We have no centuries of battles, no lives of world-famous, no buildings dating back centuries. But if we did? Would life be better for those of us who live here?

Now I've changed my mind, and it isn't resignation. I am thankful for the historical and literary obscurity of my home ground. In the woods I may come upon an old rock that looks to me like a grindstone from pre-European times, or a former small clearing now filling in with young trees may reveal, among the weeds, an old iron tractor wheel, and those signs of earlier lives are quite enough. They are quiet signs. No stone fortresses on hills, no rivers running with blood or fields littered with ghosts of fallen bodies. Just woods and orchards, seeps and creeks, people now as then quietly going about keeping themselves and their families alive. We have stories here, but they are stories of ordinary people.

A family member e-mailed me regarding to this post, sending aong a very intriguing quote:

"[This] book isn't about what are traditionally considered the great historic achievements of our species. There are no magnificent cities built, no
colossal monuments erected, no gigantic statues carved, no kingdoms conquered. It was very much this deviation from classical concepts of "civilization" that motivated me to write this book. Modern society seems to equate human achievement with monumental substance and architectural grandeur. Asked to name the greatest accomplishments of ancient cultures you would certainly hear of the Great Wall of China, Stonehenge, the Great Pyramids, and the civilizations that ruled Greece and Rome. Shunted off to the side are many ancient cultures that achieved greatness through their skill, knowledge, and ingenuity -- cultures that managed to survive in demanding environments for extraordinary lengths of time without leaving towering monuments to themselves. In the coming pages I hope to show how simple lines of rocks stretching across the prairies are every bit as
inspirational as rocks piled up in the shape of a pyramid."

My east coast lair has the same rusty farm vehicles arising from under the brush. Lots to be imagined.

The woods are filled with stone "fences" that clearly were no match for the relentless undergrowth. Now the undergrowth is forest.... Looking at the fences now, lost, suffocating in the thicket, and quite, quite useless, one can ee why the farmers left and headed for the easier fields in places like Kansas.

These woods turned farmers into pioneers!

Helen, your comment reminds me of Donald Hall's wonderful memoir, STRING TOO SHORT TO BE SAVED, about summers on his grandfather's New England farm. His grandfather was still farming and with a horse in the field, at that.

Around here there weren't many who bothered with stone fences, but one of these days I will drive out to where there are remnants of one and photograph it for you.

Farmers around here have the phrase "flatland farmer" who someone who doesn't grow cherries or apples or grapes on hills but--well, you see the rest. Kansas is definitely home to "flatland farmers," eh?

I love your comments about Dante. I share your love of the kind passages you cited. He talks from the heart.

Mr. G., if you'll look at my new post, just up an hour ago, you'll find your name in the appended comment. You ACT from the heart!

You always make me think...and though I don't always understand the Dante I do appreciate having my brain stretched! I was driving through farmland this morning, over to our concert near Lansing..love that part of the country too...flat lands dotted with barns... :)

Egad, Dawn, Dante is stretching MY brain something fierce, especially in light of some of the OTHER members (ahem!) of our group, one of whom found some study/discussion questions--and here I cite for you a single example: "0. Think about the punishments for each of the vices. Does Dante’s theory of contrapasso from Inferno (in which the punishment of a sinner matches his crime) apply here?"

Well, I could stay and muse on Michigan farmland, but obviously I have to get back to cracking the books--!