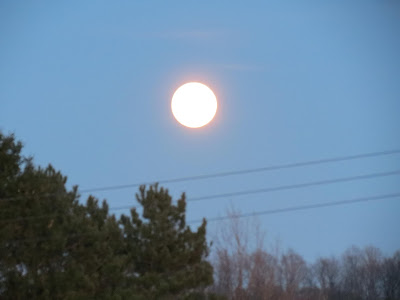 A man married to a reader must learn to tolerate other men in his wife’s life, so when I told the Artist I was in love with Adam Gopnik, he took it pretty well. It was Gopnik’s dispatches from Paris in the New Yorker that first brought his name to my attention (and let me just say, as a word of explanation, that fashion is no part of my life, dream or reality, so when I found myself reading every word of an article on the Paris fashion shows and looked to see who had written a such compelling story, I never forgot the name), but it was “Man Goes to See a Doctor,” a piece I read in bed in the middle of the night after the Artist had fallen asleep, that I recall as my first unforgettable Gopnik story. So as not to wake the Artist, I tried very hard not to laugh out loud. The bed, however, shook violently with my silent mirth. Gopnik tells his analyst he is suffering from writer’s block. The analyst tells him that no one cares. I was in hysterics. You just have to read it!

Does anyone else remember when the New Yorker went from having no table of contents to having one for the first time? I do, because Adam Gopnik was writing regular features right about then, and while I had been content for many, many years with the magazine as it had always been, once the table of contents was added I opened each new issue to that page, looking for Gopnik’s name. If it was there, I looked for the page number of his piece and went there next.

Then came the books. I had read each dispatch from Paris hungrily as it initially appeared, feeding my own desire for the City of Light, and then all those wonderful episodes in the Gopnik family’s Paris life were collected into a book. A book! What a gift! Other books followed, including Through the Children’s Gate (which included my beloved “Man Goes to See a Doctor”).

Now there is another New York memoir, At the Stranger’s Gate: Arrivals in New York, telling of Adam and Martha Gopnik’s first years in Manhattan in the 1980s, a decade for which Gopnik is already nostalgic. Well, who wouldn’t be in his place? Preparing French dinners in a tiny, one-room basement flat (cockroaches looking on), being taken under the wing of Richard Avedon, moving to a flat in (as it was then known) SoHo — if New York rather than Paris is your dream city, this book is for you. If Paris is your dream city (as it is mine) but you are a writer in your dream life, this is also the book for you. But really, it could be the book for you in so many ways and for so many reasons that it would be silly of me to go on in this vein. Instead I will give a sampling from a few representative pages, and I can vouch for their being representative because anything Adam Gopnik writes is pure Adam Gopnik.

Okay, he lands “a job, sort of,” giving lectures to visitors at the Museum of Modern Art. He had no stage fright, and here is his explanation:

The person who isn’t afraid of public speaking hasn’t overcome his fear of being ridiculed. He just likes being heard so much that he doesn’t notice how ridiculous he is.

Explaining his reluctance (which clearly he overcame) for writing about his mentor Richard Avedon, he admits he still feels a twinge of regret:

To remember is to keep alive, they say piously. But to remember is actually to entomb, to inter emotion, at least a little. At least, I have never committed a vital memory, a moment of bliss or confusion, to paper or pixels without seeing it dim a little in my own recall, even to evaporate entirely. The living emotion seeps into the page, where it fossilizes.

And here is a lovely analogy, which I will put down without its context (so you will just have to read the book for the figurative meaning), because it is a perfect little parable just as these three sentences stand:

The moon tugs on the waters, and the little boats struggle with the tides even as they admire the shining silver object above their heads. If they knew that the moon made the tides, the boats would be angry at the moon. But they blame the water, or each other, and the moon shines on.

Finally, one last quotation, this one for my writer and artist friends and readers:

The voice we search for is the voice we have, but cannot hear for all those other voices in our heads.

How about it? Are you ready to fall in love with this writer? I promise not to be jealous. 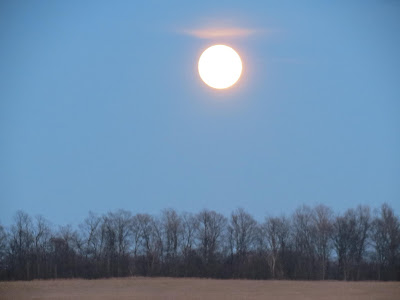 I too am in love with Adam Gopnik (and I also remember when The New Yorker added a TOC). Thanks for sharing this; I'll look for the new memoir.