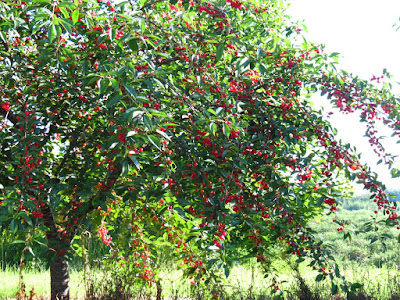 Considering it is such a little book (180 pages, paperback), I spent a lot of time with The Ambiguity of the American Revolution, edited by Jack P. Green. I’ve written a bit about it already but have now finished the entire book and want to say more.

The book more than repaid the attention I gave it. An anthology published in 1968 by Harper & Row, Ambiguity was one of a series called “Interpretations of American History,” put together by series editors John Higham and Bradford Perkins. If all are as good as The Ambiguity of the American Revolution, the books as a group would constitute a very well-rounded course in American history.

Jack Greene’s volume presents changing views of the American Revolution, from contemporary accounts to 1966, through representative excerpts of evolving historical thought. In histories from the late 1700s, views divide naturally into loyalist and patriot perspectives, with patriot histories emphasizing both the conservative nature of the American Revolution and its heroic figures. By the time of the late 1800s, a group of historians known as the imperial school sought a more objective reading of the past – as Greene says, “less parochial and less nationalistic.”

Herbert Levi Osgood’s essay, “The Case for the British” (actually a review of Moses Coit Taylor’s The Literary History of the American Revolution), argues that if King George III had been “tyrannical,” Parliament was equally to blame but that it did not suit the colonists’ cause to state a case against Parliament, since there were no effective guarantees against legislative action from the home country in their colony charters. “From a legal and historical standpoint...”

The colonists stood face to face with a power, possessed of authority over them that was without legal limit, which had now resolved, if possible, to procure from them a revenue.

“The language of the early charters implied the right of the home government to tax the colonists,” so that right was nothing new, and thus when new taxes were imposed the Americans had to cite the king, not Parliament, as despotic. (The king may also have had some hopes of reversing the political trend to recapture monarchical power, but Parliament was not about to let that happen.)

During the early 20th century, a new historical perspective emerged, as scholars sought to fit the American Revolution into the tradition of European revolutions in general, with “the same patterns of internal violence, class conflict, and political and social upheaval.” This Marxist-influenced school stressed economic interests. Arthur Meier Schlesinger writes that the American moderates, “to their dismay,” realized they were outnumbered by radicals at the First Continental Congress in Philadelphia. “Events had reached a stage where the extremists in both countries [emphasis added],” Schlesinger writes, “were in control.” Only war could settle the question now.

Over and over among historians the same questions arise: Was the American Revolution peaceful or violent? Radical or conservative? Inevitable or orchestrated? How important was “equality” to the Founding Fathers? Was ours really a “revolution” or something else?

The 1950s saw a movement, at least in the United States, back to an emphasis on differences between the American Revolution and revolutions elsewhere in the world. An excerpt by Louis Hartz, from his The Liberal Tradition in America (1955), takes the position that Americans in truth rebelled against very little in their (primarily English) legal and political tradition. The Americans did not throw over religion, for example, or the idea of “natural law,” and they had little or no class consciousness in the European sense. The Americans, he writes, were largely content with their lot in life, here in “the most bourgeois country in the world.” Elsewhere, revolutions were violent, bloody affairs. Not so in America.

Here’s a fascinating little thought from Hartz that stopped me in my tracks:

American political thought ... is a veritable maze of polar contradictions, winding in and out of each other hopelessly: pragmatism and absolutism, historicism and rationalism, optimism and pessimism, materialism and idealism, individualism and conformism. But, after all, the human mind works by polar contradictions [emphasis added]; and when we have evolved an interpretation of it which leads cleanly in a single direction, we may be sure we have missed a lot.

I have not discussed each author whose work is included in Greene’s anthology, although each is worth reading, and the effect of going through the different perspectives chronologically is an education in itself.

Along with stressing the uniqueness of the American Revolution, historians of the mid-20th century also came around full circle to a recognition of the importance of ideas, seeing our country’s founding again, as did the early patriot historians, in its most rational interpretation. Gordon Wood, of the University of Michigan, appreciated the renewed insistence on ideas but was also convinced there was more to the story and allows that ours was not a “typical” revolution: Americans were not living under “tyranny” at home, and their arguments, noteworthy for rationality and moderation, seem “peculiarly an affair of the mind.” They revolted “not to create but to maintain their freedom.” And yet.... And yet....

And yet there was all that flaming rhetoric, “so grandiose, so overdrawn.” Was it mere propaganda on the part of the revolutionaries? Wood proposes to take the ideas of the American Revolution seriously but, instead of speculating on hidden motivations, to take inflammatory rhetoric as a sign that there was something “unsettled” in the apparently peaceful, orderly American colonies.

[T]here is simply too much fanatical and millennial thinking even by the best minds that must be explained before we can characterize the Americans’ ideas as peculiarly rational and legalistic and thus view the Revolution as merely a conservative defense of constitutional liberties.

As a whole, he writes, the ideas expressed by the Americans of the 1770s form what he calls a “revolutionary syndrome,” similar to ideas in 17th-century England and 18th-century France:

... the same general disgust with a chaotic and corrupt world, the same anxious and angry bombast, the same excited fears of conspiracies by depraved men....

The social situations were vastly different, the modes of expression surprisingly similar, indicating

... a people caught up in a revolutionary situation, deeply alienated from the existing sources of authority and vehemently involved in a basic reconstruction of their political and social order.

But why would two such different social situations (American as contrasted with French, with Puritans in 17th-century England, with Russia, with China) give rise to a “revolutionary situation”? Social stresses, Wood speculates, may have been much more subtle in the colonies but must certainly have been present.  From there he looks at the case of Virginia and a crisis within the ruling plantation elites, their decline “already felt if not readily apparent.” Rising anxiety over their role coincided with “mounting costs of elections and growing corruption in the soliciting of votes.”

When Americans spoke or wrote, then, of “tyranny” and “corruption” and fears for their “liberty,” their sense of oppression and injury was strong, even if misplaced. Something was going on, changes were afoot, and they feared what might come next.

Here are some lines that can perhaps shed light on our own time:

For the ideas, the rhetoric, of the Americans was never obscuring but remarkably revealing of their deepest interests and passions. What they expressed may not have been for the most part factually true, but it was always psychologically true. In this sense their rhetoric was never detached from the social and political reality....

Was there a design to “reduce them under absolute despotism”? They felt it so and feared it. They lived under liberty but were afraid of losing it. Their anxiety was real.

In each period of historical writing, across the different points of view, there are important insights to be found. It was the editor’s hope that a careful survey might lead to a new perspective that would

...identify and describe the dominant thrust of the Revolution and to understand the relationship between that thrust and the many peripheral and seemingly incongruous tendencies that existed simultaneously with it.

Perhaps if we can evaluate our nation’s beginnings without entirely dismissing any point of view, if we can allow for all the “polar contradictions” with which our minds – all our minds -- work, we can begin to return to a civil national discourse with our fellow Americans. I do not mean, however, to underestimate the difficulties. One that stands out is the increasing gap between rich and poor as the “middle” migrates ever downward.

Here are some of the things that some Americans fear -- and my (incomplete) list is intentionally jumbled rather than divided into an overly simplified “two sides,” rank-ordered table:

Some of what Americans fear:

Unsettled times? Widespread anxiety? Even those now supposedly “in power” exhibit resentment nourished by insecurity. I think again of those “polar contradictions” that Louis Hartz found in American thought:

...pragmatism and absolutism, historicism and rationalism, optimism and pessimism, materialism and idealism, individualism and conformism...

Where are we now, I wonder? Anyone certain of being absolutely right and having all the answers is doubtless guaranteed to be missing a lot of what’s going on, to paraphrase Hartz.

But then, there’s no way we can take a “long view” of the time in which we live. That will be the future’s task. So what is our job now, as Americans? How do you see it? 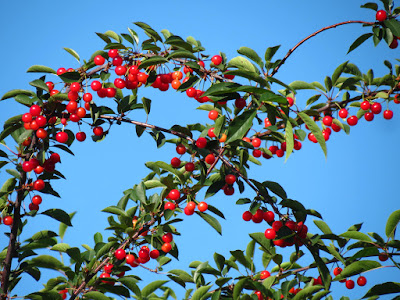 My formatting got messed up when I tried to add items in the middle of my list. Sorry. Also, please note that the list is still far from complete. I'm sure many of you could add items to it.