Surprisingly, Back in the High Desert 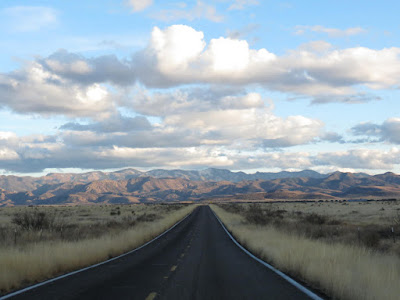 Last night it was a movie we’d seen before that I watched with new, Western-wise eyes. The opening shot was all it took. It looked like the road through Dos Cabezas to the Chiricahua Mountains – that ribbon of two-lane through golden grassland. The story was set in Wyoming, which set me to musing how many places in the West might look like Cochise County, Arizona. We watched on, caught up in the story, but I continued to eye background mountain ranges carefully. 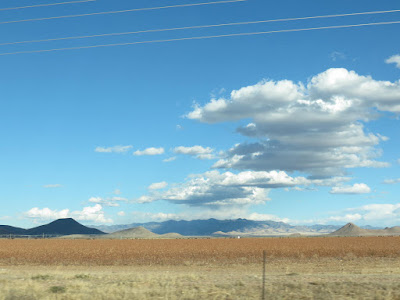 Then it came – a sequence with Nicolas Cage driving the car, Dennis Hopper in the front passenger seat, and two other actors in the backseat: the luckless, unemployed veteran, the hired killer, the shady sheriff, and the sheriff’s wife. The car approaches a railroad crossing at high speed. Along comes a train. The driver, ordered to keep accelerating by the killer with a gun in his hand, swerves at the last minute, bumping and bouncing along parallel to the tracks and the speeding train before, overtaking it in a burst of speed, catapulting over the tracks in front of the train for a hard landing and getaway.

I come from a railroad family. Railroad safety was the gospel in our house. Scenes like this in movies always trouble me, as I think about impressionable young people seeing only excitement and not their own wrecked bodies. That’s my background.

But this time, watching the sequence, all I could think about was where it was being shot. It looked so much like Willcox, Arizona, that the make-believe of the story was suddenly secondary. There! The depot! But a big semitrailer truck strategically parked on Maley Street hide the WILLCOX sign at the end of the depot (now City Hall) from sight. And too soon the action moved to another location. 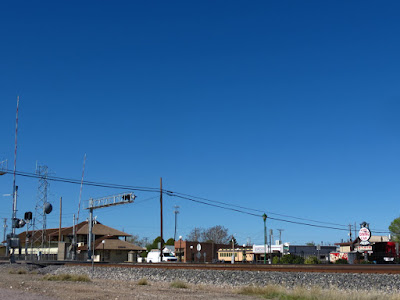 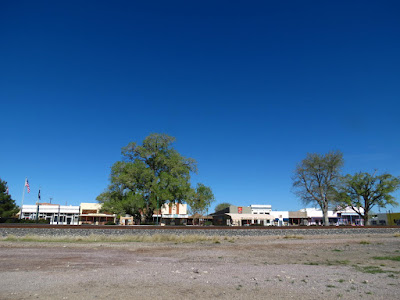 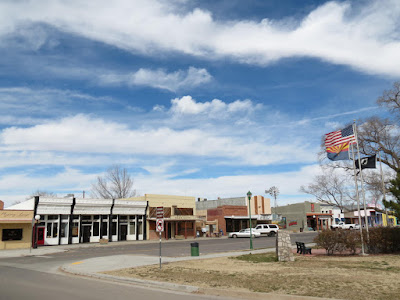 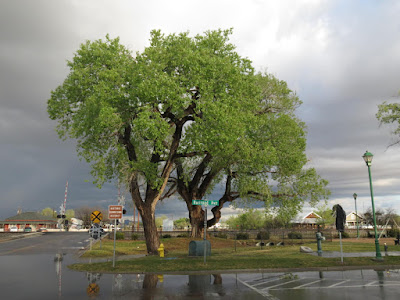 At the end of the movie, I wanted to see all the credits. Sure enough! Thanks to Willcox, Arizona! “I knew it!” I exclaimed in triumph. “I knew it was my little cow town!” Patiently, David searched back through the movie for the car-train sequence, and, like a pair of detectives carefully screening film from a surveillance camera, we watched it all again, frame by frame. 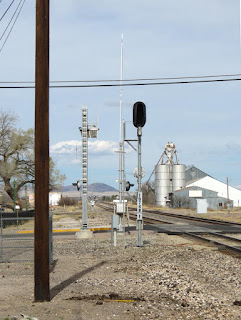 There! This scene I photographed after a rainstorm are in the movie! Even more exciting, in two different shots the twin peaks of Dos Cabezas can be clearly seen by anyone familiar with them and looking for them, as I certainly was. And finally, a local sign not hidden from camera view: Maid-Rite Feeds! The wonderful feed store east of the railroad tracks! 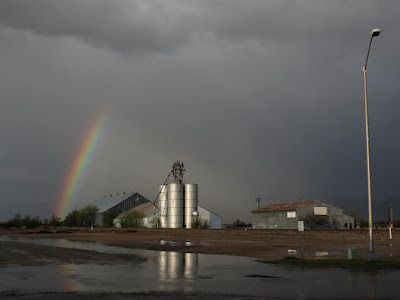 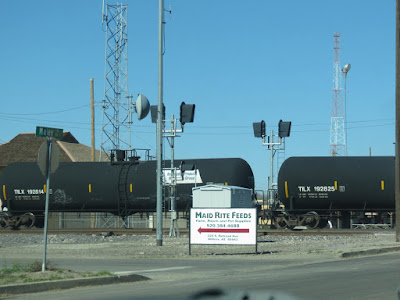 “Red Rock West” was made in the 1990s. The sculpture of Rex Allen was not yet in place in Railroad Park, but the park itself was recognizable, with its enormous trees, as was the block of old buildings facing the tracks. “Where’s Rodney’s?” we asked each other and were disappointed that while we could spot the tiny building in an out-of-focus background, the identifying sign was never visible. COMMERCIAL BUILDING on a corner was the only store sign we could see on the strip. But there! The sheriff’s office in the film had used the interior of one of the buildings, Railroad Park and its trees visible through the front windows!

All photographs above are mine, from our winter near Willcox. To take my tour through the ordinary little town (and to see Rodney and his place), click here. Below are some shots from early in the movie.

In the morning we returned once more to the opening sequence, certain now that it was not Wyoming and not WY 487 but my own beloved AZ 186. How could I have doubted for a moment? I took the shots of the opening scenes this morning but did not go all the way through to the car-train sequence.

To see all the shots of old historic Willcox, you need to rent the movie, “Red Rock West.” (Roger Ebert loved it.) It will be an action-packed visit to my little cow town! And be sure to watch for the twin peaks of Dos Cabezas in the background.

Dos Cabezas, Willcox, Cochise County -- the movie made me "homesick." 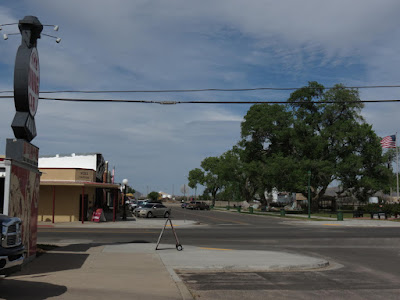 I put it in our queue before even reading the end of the post, which I loved, incidentally. Looking forward to seeing the movie.

Wow! What a coincidence this was! I'm amazed how well you assimilated your time in Wilcox that you were so quickly able to recognize the locale. I've added it to my queue, but will have a hard time thinking it will be Wyoming.

The movie was shot in Willcox, Arizona, and somewhere in Montana. Maybe someone else can tell me which scenes are Montana. Maybe the bar? We thought the cemetery was a set. It certainly was not Cochise County, AZ.