The plot of the Arsène Lupin ‘policier’ I’ve been reading, L’AIGUILLE CREUSE, by Maurice Leblanc, has as many twists and turns as a rollercoaster. It was interesting, halfway through that century-old thriller, to receive an advance reader’s copy of THE GIRL WITH THE DRAGON TATTOO, a European best-seller by Steig Larsson, translated from the Swedish by Reg Keeland and due out in September from Knopf. Leblanc’s story began with murder, burglary and conflicting eyewitnesses reports. Larsson’s, on the other hand, opens with the arrival in the mail, on the recipient’s 82nd birthday, of a rare flower, pressed, from an anonymous sender. It is the 44th such annual—gift? Is there a crime here? A five-generation, partial family tree follows the prologue. Then the first chapter introduces a journalist, convicted of libel in a court of law moments before. How will these disparate pieces connect?

Leblanc lays down clues, commingling truth and falsity in the manner of Agatha Christie or Arthur Conan Doyle, where Larsson, more like Georges Simenon (though without GS’s heavy reliance on dialogue), emphasizes mood and character. Surveying his gallery of pressed flowers, the 82-year-old “birthday boy” begins to weep: “He surprised himself with this sudden burst of emotion after almost forty years.” The humiliated journalist, tallying up his losses, is more concerned with his reputation than his bank account: “For the foreseeable future, editors would hesitate to publish a story under his byline.” I’m not big on political thrillers, in general, but there is a nice subtlety to the opening pages of THE GIRL WITH THE DRAGON TATTOO that might just pull me along, once the French master thief is brought to ground.

Meanwhile, the world of book coincidences is such that only two days after I finished THE ART OF RACING IN THE RAIN, by Garth Stein, Davie Looman (“Davie” his childhood name and pen name) from Alden appeared at Dog Ears Books with his book, SHEMPI: EARNING THE RIGHT TO BE CALLED HER MASTER, and Davie and his wife, it turns out, are race car drivers and aficionados, too. The Sheltie memorialized in Dave’s book spent a lot of time traveling with them on a Michigan circuit that included the old dune climb at Empire in Leelanau County. SHEMPI is an attractive, entertaining book that will appeal to adults and kids young and old. Like cars and dogs and books? This is a winning season.

Back to yesterday, a busy Thursday morning: who should pop into Dog Ears Books? Among others was children’s author David McLimans, who obligingly signed my store copy of his Caldecott Honor book, GONE WILD: AN ENDANGERED ANIMAL ALPHABET. First lucky customer for that book gets the signed copy….

And yes, it IS Dog Parade Day tomorrow in Northport. The parade begins at 1 p.m.—and it doesn’t last long, so don’t be late!
Posted by P. J. Grath at 5:28 PM

Dog Ears Books in Northport, Michigan, is closed for the winter, i.e., for bookseller's "seasonal retirement" from December 1, 2019, to May 15, 2020. At least, that's been our plan all along. Fingers crossed, we will make it back on schedule....

You'll find out why in a minute. We saw a show on television yesterday (it was a rerun) based on the “Great American Read,” in w... 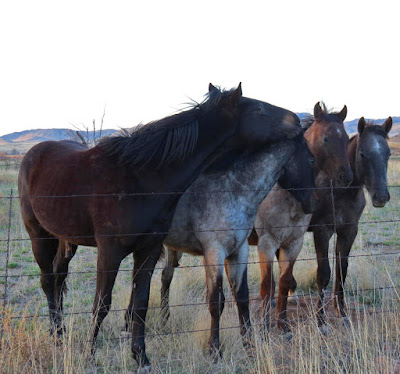 Ross, Heather. HOW TO CATCH A FROG (nonfiction)

Kundera, Milan. THE CURTAIN: AN ESSAY IN SEVEN PARTS (nonfiction)

Mosley, Walter. TROUBLE IS WHAT I DO (fiction)

Marazziti, Mario. 13 WAYS OF LOOKING AT THE DEATH PENALTY (nonfiction)